Plus, Fox affiliates and other networks confuse "Osama" with "Obama" 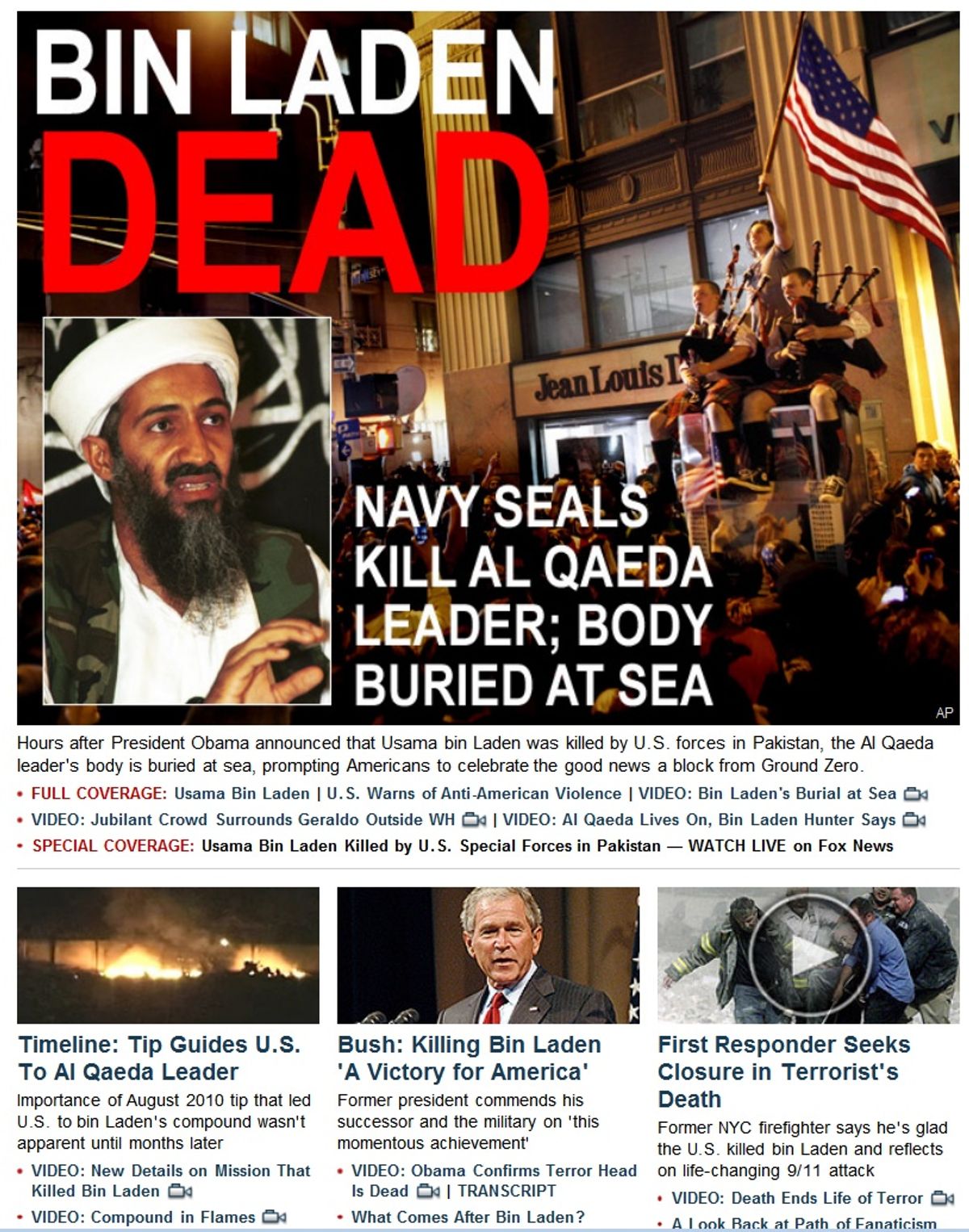 Update (14:45): Even the BBC committed the dreaded faux pas. Update (13:44): Yet another typo to report on, this time from CNN. Wonkette noted that CNN.com reported there was "no indication Obama tried to surrender." Update (13:07): It is not only Fox affiliates struggling with their "Obama"s and "Osama"s. Virginia-based NBC 12 reported on "Obama's death", as this screenshot (another Twitter hit) illustrates: Update (12:41): As far as reporting flubs go, mixing up "Obama" with "Osama" is pretty much as fatal as it can get on a day like today. Two separate Fox affiliates made this very mistake.

Fox 40, the Sacremento-based local station made the gaffe in the text scroll at the bottom of the screen which broke the news: "Obama Bin Laden dead". The below image spread across Twitter like wild fire. And, following President Obama's announcement of the Al-Qaida leader's death, an anchor for New York-based Fox 5 said "President Obama is in fact dead" before correcting himself after some prompting.

George W. Bush and Dick Cheney have both congratulated President Obama on hearing the news of Osama Bin Laden's death. But Fox News seems unwilling to let the glory linger on the president for even a moment. The cable network's website homepage chose to feature former president Bush predominantly, with the only mentions of Obama in small type under a large picture and headline devoted to his predecessor.