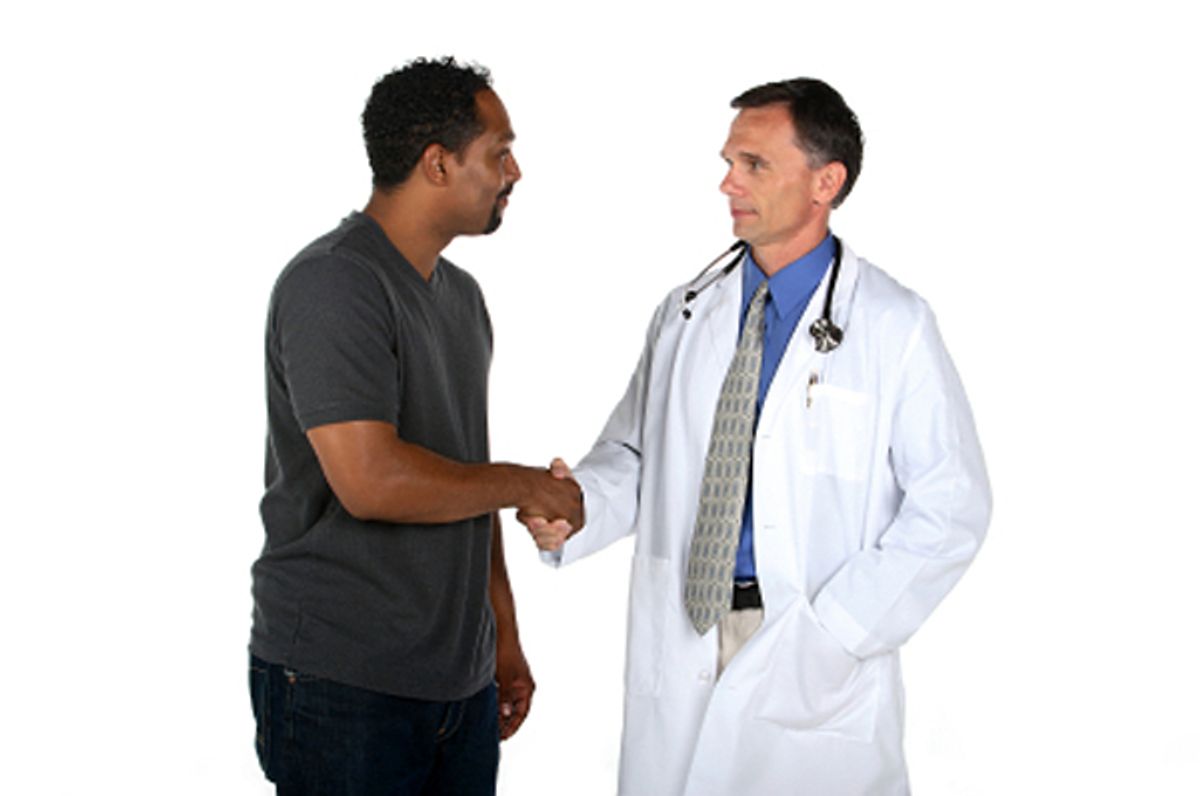 When it comes to debates over healthcare, one of the oldest shibboleths out there is the notion that gaps in health outcomes between African-Americans and whites exist because, as a group, African-Americans are disproportionately lower on the income scale. In an America that pretends it has become a "post-racial" society, the idea is that economic stratification -- not racism -- is the primary component of every problem.

Decades after the landmark successes of the civil rights movement, this narrative is reassuring -- but it is an insidious oxymoron. By acknowledging troubling data (in this case, higher death/disease rates among African-Americans), the story line lets us feel enlightened by resisting this era's penchant for willful ignorance. Yet, its explanation for the data ("it's economic class not race") is willfully ignorant in itself. The latest proof of this comes from a new University of Pennsylvania study:

Unlike recent disturbing findings from Harvard and the American Cancer Society, these results cannot be explained away as a product of economics alone. Quite clearly, race is a major factor in the Penn data.

Of course, the results also imply that the racism at work here is of a less obvious kind. While overt old-school racism definitely still exists on the individual doctor-to-patient level, and while that individual racism may be partially at work in the decisions to send black patients to lower-performing hospitals, the Penn study suggests the primary form of healthcare racism today is more institutional in nature.

Coincidentally, Penn's findings came out in the same week as another new study -- this one showing that emergency rooms are less likely to test young white females for sexually transmitted diseases than young black females. No doubt, the same Caucasian vicitmization demagogues who claim America persecutes white people will insist the STD data prove African-Americans are really the advantaged ones in our healthcare system. But anyone not named Pat Buchanan should be able to admit that the latter results likely reflect persistent racial stereotypes about promiscuity -- not some privileged status for African-American women.