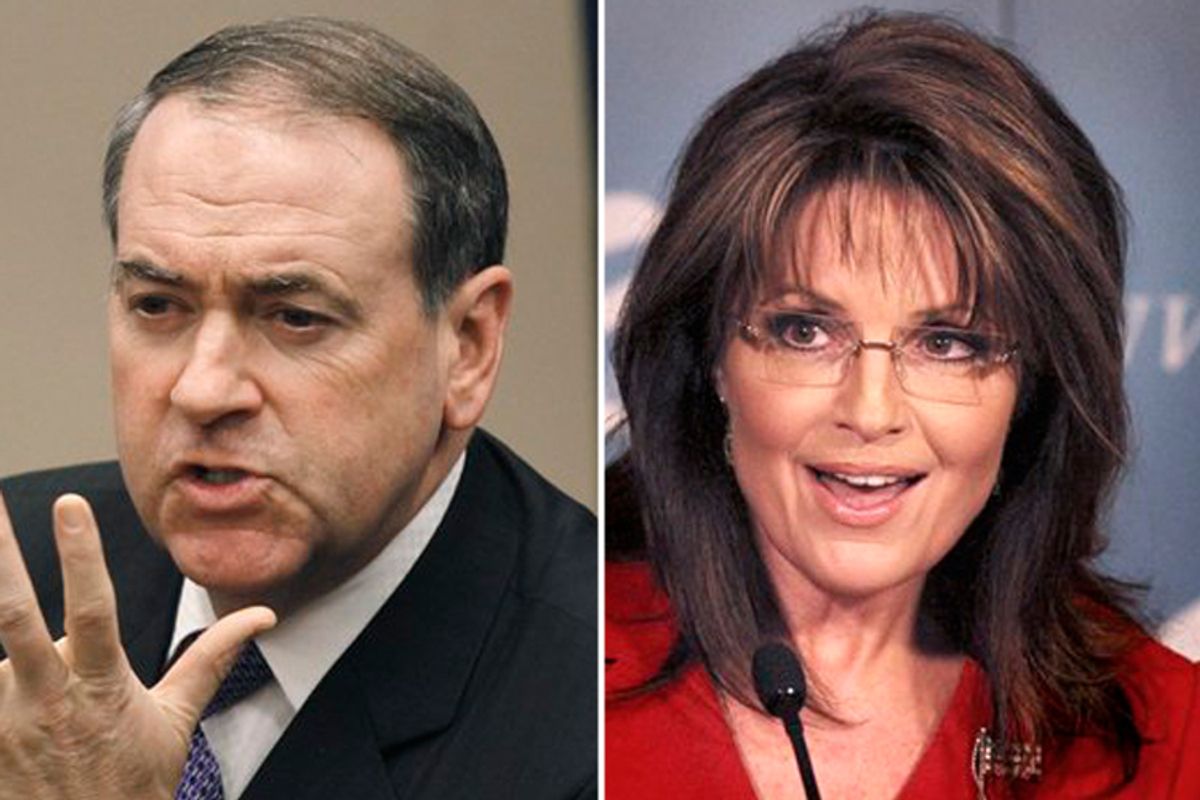 (UPDATED) Most GOP leaders have issued formulaic statements congratulating President Obama, the military and the CIA, while also speaking about the need to stay vigilant (see Speaker John Boehner's statement here). But a handful of Republican reactions to the death of Osama bin Laden have been more interesting.

Sarah Palin's reaction to the news, posted on Facebook, conspicuously lacked any reference -- let alone thanks -- to President Obama.

It is unusual to celebrate a death, but today Americans and decent people the world over cheer the news that madman, murderer and terrorist Osama Bin Laden is dead. ...

It has taken a long time for this monster to be brought to justice. Welcome to hell, bin Laden.

Rudy Giuliani, whose identity more than any other politician has been shaped by 9/11, was markedly restrained in an interview with Politico:

I feel satisfaction and some emotional relief, but I don't feel great elation. I watch a lot of the celebrating and it makes me feel a little strange, I don't know. Nothing erases the loss of all those lives.

Bernie Kerik, who was NYC police commissioner on 9/11, somehow managed to get this tweet out from prison:

(It's not the first time Kerik has managed to tweet from behind bars.)

Meanwhile, Rep. Michele Bachmann made a cryptic reference to "sharia-compliant terrorism" on her Facebook page:

Usama Bin Laden dead! May this be the beginning of the end of Sharia compliant terrorism.

And failed Alaska Tea Party Senate candidate Joe Miller actually sent out a tweet critical of the president before Obama had even delivered his remarks last night:

See any other interesting reactions? Send me an email.