When are these people going to get better?

Part of the appeal of the show is the chance to see amateurs become professionals. It ain't happening 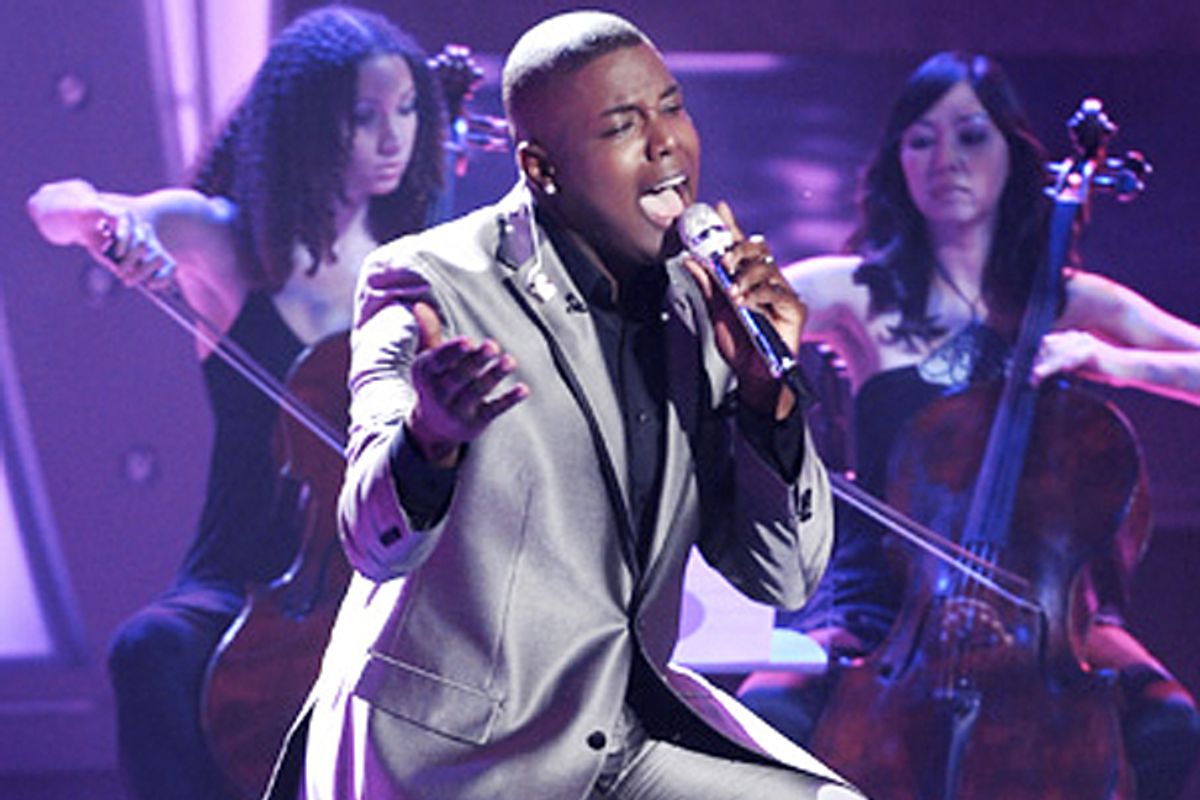 I'm having a hard time staying interested in "American Idol" this year because every season of the show has a couple of master story lines, and this season the producers have tended to one of them while neglecting the other. The first story is "Which of these singers will win?" That one pretty much takes care of itself; it's autopilot.  But the second, vastly more interesting story line, "Watch these amateurs become professionals," has been a failure.

The remaining finalists all seem like perfectly nice people -- I'm sure they all remember to call their parents on their birthdays, and are nice to children and animals -- but none of them strike me as headliner material. More like the sorts of people who'd totally kill on karaoke night or during a Sunday morning church performance, and that's about it.

Did you see the opening Carole King medley on the April 28 show? It was stunningly bad. Absolutely horrible. Every one of the six performers was a failure in pretty much every department. Haley Reinhart with her deer-in-the-headlights look, Scott McCreery's "Good enough for 'Glee'" vocal stylings: 1970s variety series performers at their most drunk and distracted had more verve than these two. And when Casey Abrams and James Durbin teamed up to sing/moan, "Once upon a time/This little girl was mine," from "Take Good Care of My Baby," a small sacrilege was being committed.

On the April 27 program, there were a few decent moments -- Durbin's "Will You Still Love Me Tomorrow?" with its a cappella opening, was the high point -- but there wasn't a single performance worthy of the very worst big-name performer to cover King in the past. And I was disappointed in judges Steven Tyler, Jennifer Lopez and Randy Jackson for not coming down harder on the singers for basic failures of craft. Jacob Lusk's version of "Oh No, Not My Baby," for instance, was enthusiastic (as always) but embarrassingly off-key and boringly choreographed. He's got a great smile and great energy, and I love his clothes. But those aren't the kinds of compliments you pay to a great or even good musical performer. They're what you say about a performer who is almost never on-key.

Bottom line: All these singers have serious rhythm and vocal control problems, none of them have figured out how to move in a natural but exciting way onstage, and there are times where you can almost see them struggling to remember what they are supposed to do with their hands at a particular point in a song. Abrams' cover of "Hi De Ho" should have gotten him arrested; a cool hat and a lounge-style arrangement do not a good cover make, and between the fake-growly vocal stylings and the frat house talent show flourishes (his "Now lemme tell ya something" at the 1:45 mark in this clip is the opposite of soulful) it required an act of will to avoid looking away from the screen in embarrassment. (Abrams was voted off last week, again. I would add "deservedly" to that, but I don't want to imply that he was more deserving than the others, none of whom inspires any affection in me -- at least not to the same degree as some past "Idol" contestants.)

The most intriguing and frustrating parts of the show are those fleeting moments in introductory montages when a singer tells us why he or she chose a song. We catch glimpses of the singers in rehearsal (with Interscope Records guru Jimmy Iovine and various guest producers/performers) feeling their way through numbers and working on choreography. I'd like to see more emphasis on the rehearsal/coaching process, because it's clear that's where the most important dramatic action happens on "Idol" -- and because when a performer spends several days working on a number and then goes out onstage and belly-flops, we'd have a better sense of who was responsible if we saw more of the behind-the-scenes prep work. As is, the audience is encouraged to think that it's all up to the performer and the performer alone -- as if it's all about learning lyrics and then going out there and singing; as if it's all mystery and magic. It's more nuts-and-bolts than that, like learning how to box or knit or cook. When "Idol" suggests otherwise, it does performance itself a disservice, and leaves individual performers to twist in the wind.

One of the saving graces of "Idol" has always been its ability to shape talent in a way that maximizes singers' strong points and minimizes their weaknesses. I'm not seeing as much of that this season, and I have to wonder if when Simon Cowell left, he took his acidic commitment to professionalism with him. I like the judges -- especially Steven Tyler -- and I still like the material, the arrangements and most of the production design touches. I had a lot of affection for the Top 13 performers back in March and was willing to forgive their awkwardness at that point; the season was barely halfway done and they were still finding their way. But we're heading into the final stretch of "Idol." The bell curve of improvement isn't nearly as steep as it should be. When are the chrysalides going to open up and release the beautiful butterflies?