Just what kind of student was Donald Trump?

He claims President Obama was a "terrible" student, but Trump's own academic history raises serious questions 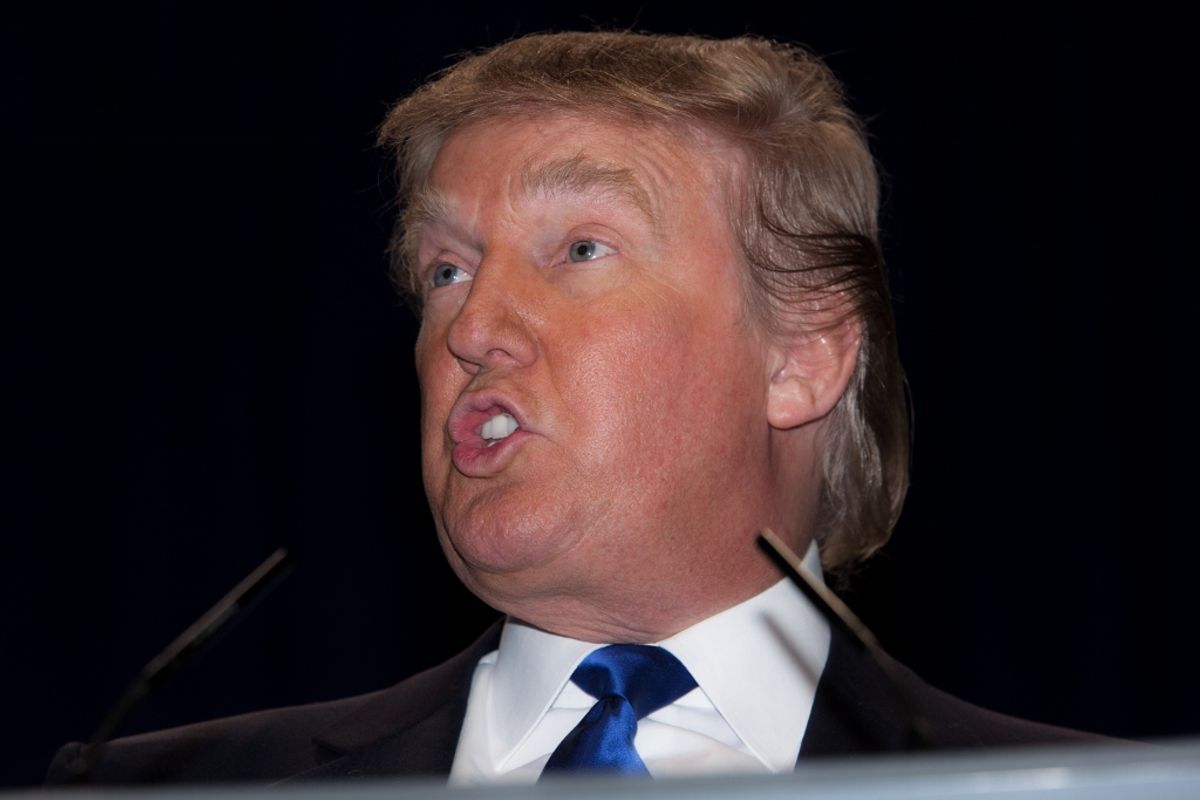 Donald Trump has been aggressively questioning Barack Obama's academic record, suggesting that the president was a "terrible student" who did not deserve to get in to Columbia University and Harvard Law School. While Trump has no evidence to back up these claims, there are strong indications that Trump has repeatedly inflated his own academic record -- and that he used family connections to gain admission to the Wharton School at the University of Pennsylvania.

"I heard [Obama] was a terrible student, terrible. How does a bad student go to Columbia and then to Harvard?" Trump asked in an interview last month. "I'm thinking about it, I'm certainly looking into it. Let him show his records."

But an examination of Trump's own academic record yields a distinctly unflattering picture of the celebrity businessman. Among other things, Trump has allowed the media to report for years that he graduated first in his class at Wharton, despite strong evidence that this is not true and indications that he was, in fact, an undistinguished student.

Trump did not go to Wharton's prestigious MBA program. Rather, he received an undergraduate degree offered by Wharton to University of Pennsylvania students. And Trump didn't attend Wharton for a full four years. Instead, he transferred there after spending his first two undergraduate years at Fordham, the Jesuit university in the Bronx.

"I decided that as long as I had to be in college, I might as well test myself against the best," he explains in his 1989 autobiography, "The Art of the Deal."

So how did Trump get into Wharton?

Gwenda Blair's book on the Trump family reports that he gained admission as a transfer student only because of "an interview with a friendly Wharton admissions officer who was one of Freddy's old high school classmates." (Freddy is Donald's older brother.) Trump was also the son of one of the wealthiest New York businessmen of the era, the developer Fred Trump. That certainly couldn't have hurt his admission chances.

Blair also reports in her Trump biography that his grades at Fordham were merely "respectable."

Trump has consistently portrayed himself as an exceptional student at Wharton. In March, for example, he explained his doubts about the president's birthplace by saying, "Let me tell you, I’m a really smart guy. I was a really good student at the best school in the country."

In 2004, Trump told CNN, "I went to the Wharton School of Finance, I got very good marks, I was a good student, it's the best business school in the world, as far as I'm concerned."

Over the years, myriad profiles of Trump have claimed that he was "first in his class" at Wharton in 1968.

Here's what the New York Times reported in a January 1973 piece:

The Times repeated the "fact" again in a 1976 profile, "Donald Trump, Real Estate Promoter, Builds Image As He Buys Buildings":

The clear narrative being presented is of Trump as an intellectual heavyweight -- starting a business at age 12, first in his class at Wharton, "the smartest person I know." Who told the Times reporters that Trump graduated first in his class? It's not clear, though Trump himself is an obvious possibility. We also know that Trump, a voracious consumer of media coverage of himself, would almost certainly have seen these references to his graduating "first in his class."

The "fact" that Trump graduated first in his class made its way into various books, magazines,  and websites.

So what's the truth about Trump's record at Wharton?

Writing in the New York Times magazine in 1984, William Geist reported that "the commencement program from 1968 does not list him as graduating with honors of any kind," even though "just about every profile ever written about Mr. Trump states that he graduated first in his class at Wharton in 1968."

The writer Jerome Tuccille reported in his 1985 biography of Trump that while "it has been reported that he graduated first in the class ... Donald denied that he ever made such a claim. Actually he was not among the honor students that year." Emphasis added.

"Donald agreed to attend Wharton for his father's sake. He showed up for classes and did what was required of him but he was clearly bored and spent a lot of time on outside business activities."

In 1988, New York magazine reported that the idea that Trump had graduated first in his class was a "myth." The writer snarked that, in fact, Trump had gotten merely the "highest grades possible."

I wanted to get Trump's response to all this, but his spokesman has not replied to a request for comment. A Wharton spokeswoman tells me that the school does not release information about alumni beyond year of graduation and degree granted.

I will update this post if Trump gets back to me. The easy solution to clear this all up, of course, would be for Trump to release his academic records -- something he has repeatedly demanded that Obama do with his own academic records.

Trump's academic performance at Wharton, good or bad, didn't affect his career much. When he graduated, he promptly went to work for his father's real estate firm, where he was made president a few years later.