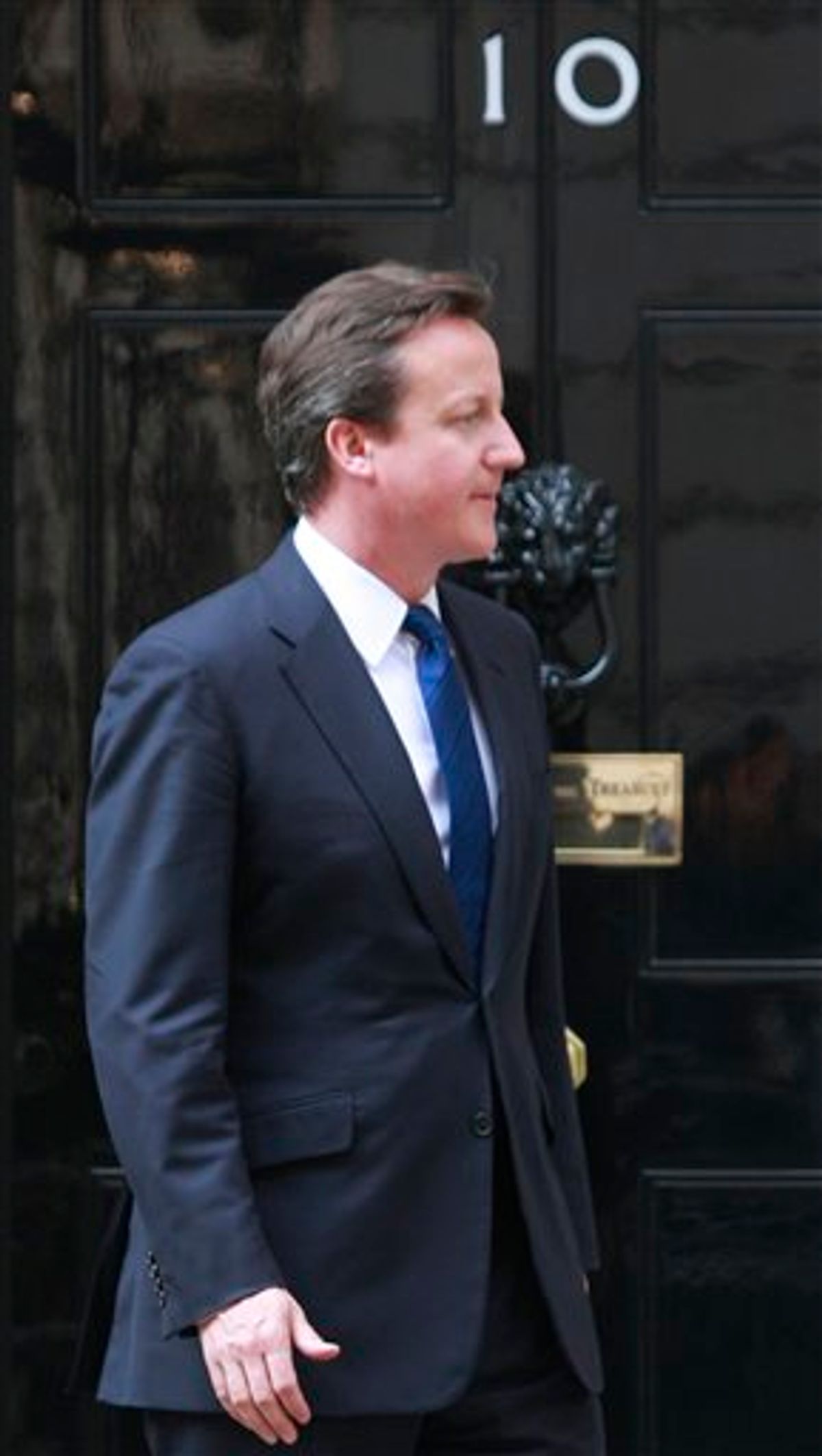 Britain's Prime Minister David Cameron, exits his official residence at 10 Downing Street in London, prior to a meeting, Monday, April 18, 2011. Cameron won't be wearing a formal morning suit with long tails to the royal wedding. Officials said Monday April 18, 2011, that the prime minister will wear a business suit to the April 29 wedding of Prince William and Kate Middleton. The invitation gives men a choice between suits, military uniforms, or traditional formal wear, which includes a long coat with tails. Religious leaders are allowed to wear their clerical outfits.(AP Photo/Lefteris Pitarakis) (AP)
--

British police say five men have been arrested under anti-terrorism laws after being near a nuclear power plant in northwest England.

Cumbria Constabulary said the men were detained under the Terrorism Act near the Sellafield plant on Monday after officers stopped a car. All are from London and in their 20s. They were being held Tuesday at a police station in Manchester.

Prime Minister David Cameron has said Britain should be extra-vigilant against terrorism in the coming weeks following the death of Osama bin Laden.