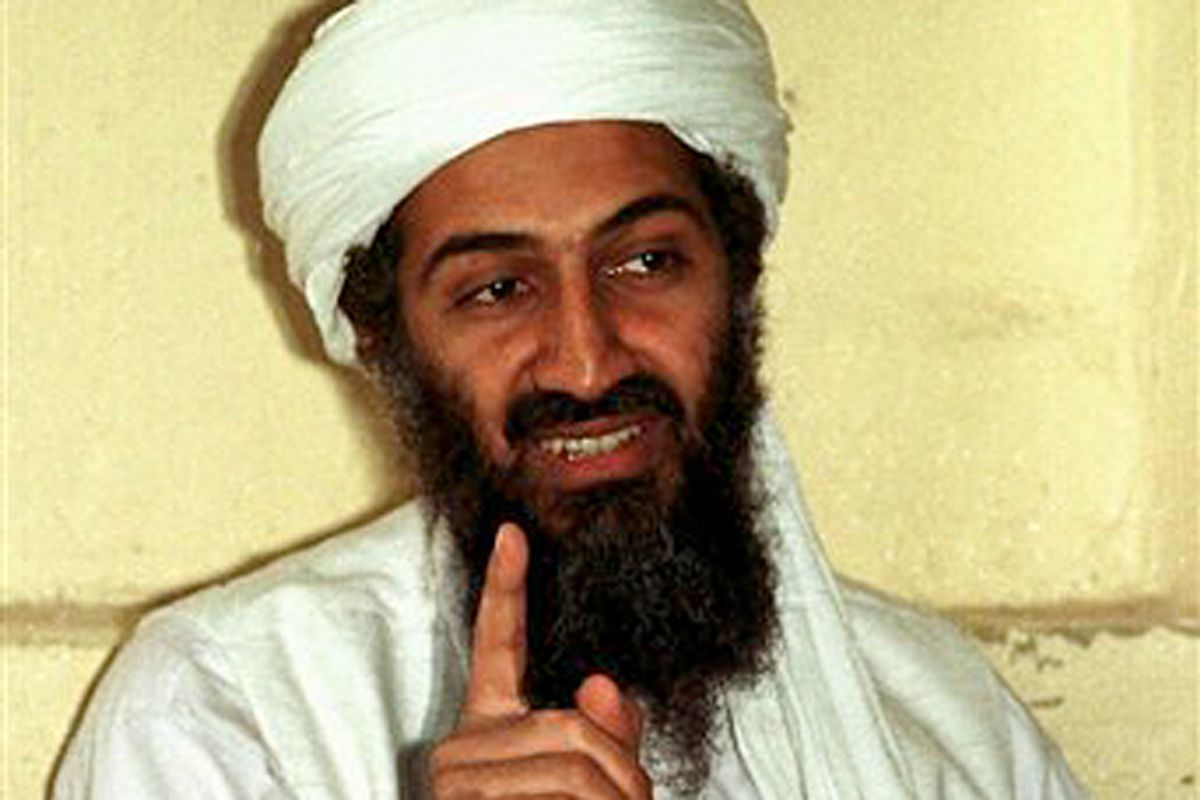 (UPDATED - UPDATE II) Remember the story, widely repeated yesterday, that Osama bin Laden was killed by U.S. commandos only after using his wife as a human shield, the final act of indignity of the master terrorist?

Well, the White House now appears to be walking back that part of its account of the Pakistan raid -- and the human shield incident may not have happened at all.

"There was family at that compound, and there was a female who was, in fact, in the line of fire that reportedly was used as a shield to shield bin Laden from the incoming fire."

Brennan said the incident "speaks to, I think, the nature of the individual he was." And he added:

"Here is Osama, living in a million-dollar compound, hiding behind women who were put in front of him as a shield. It speaks to just how false his narrative has been over the years ... he's putting other people out there" to wage jihad while he is secure in his luxury compound.

This version of the story also made the U.S. look better -- if a civilian woman was killed, it was only because the terrorist mastermind was using her as a shield.

This "fact" was repeated in just about every media account of the raid on Monday. But did bin Laden use a human shield at all? Josh Gerstein at Politico finds that the White House is not sticking by this crucial detail:

"A different guy's wife was killed," a different official familiar with the briefing for TV reporters said Monday night. Bin Laden’s wife was "injured but not killed," the official said.

Another official familiar with the operation said it did not appear that any woman was used as a human shield, but that the woman killed and the one injured were hurt in the crossfire. The official said he believed Brennan had mixed up the episode involving bin Laden's wife with another encounter elsewhere in the compound.

The human shield story originally emerged in a pair of background briefings given by officials to reporters on the condition of anonymity. This is one of the reasons "administration officials" like to talk to reporters on the condition they not be identified by name: there's no accountability if you get facts wrong or make stuff up. We do now have Brennan's name attached to the human shield claim, so he should be challenged on it.

With the Osama story, in particular -- as with other parts of our Pakistan policy -- the White House is holding all the cards. No reporters were present at the raid, and the press has already accepted the official account with few questions. All the media can do now is demand more evidence and consider the White House's claims with a critical eye.

And one other thing: Even if it's not true, don't expect the Osama human shield tale to die any time soon. We've seen false facts from other big events spread far and wide, even after they are officially disavowed.

A woman killed during the raid of Osama bin Laden's compound in Pakistan was not his wife and was not used as a human shield by the al Qaeda leader before his death, a U.S. official said on Monday, correcting an earlier description.

UPDATE II: There were at least two background briefings in which the issue of a human shield came up. One was a White House conference call for reporters late Sunday night, during which a "senior administration official" said:

"There were several women and children at the compound. One woman was killed when she was used as a shield by a male combatant. Two other women were injured."

I wasn't on the briefing call, but I'm told by a source that the official who said that was Undersecretary of Defense for Intelligence Mike Vickers.

It's impossible to independently assess at this point whether there was a human shield used during the raid at all. But the White House has clearly backed off the idea that bin Laden himself used a human shield.

The other briefing where this came up was at the Pentagon on Monday. An anonymous official said bin Laden "was firing behind her" [the alleged human shield]. If you know who said that, shoot me an email.