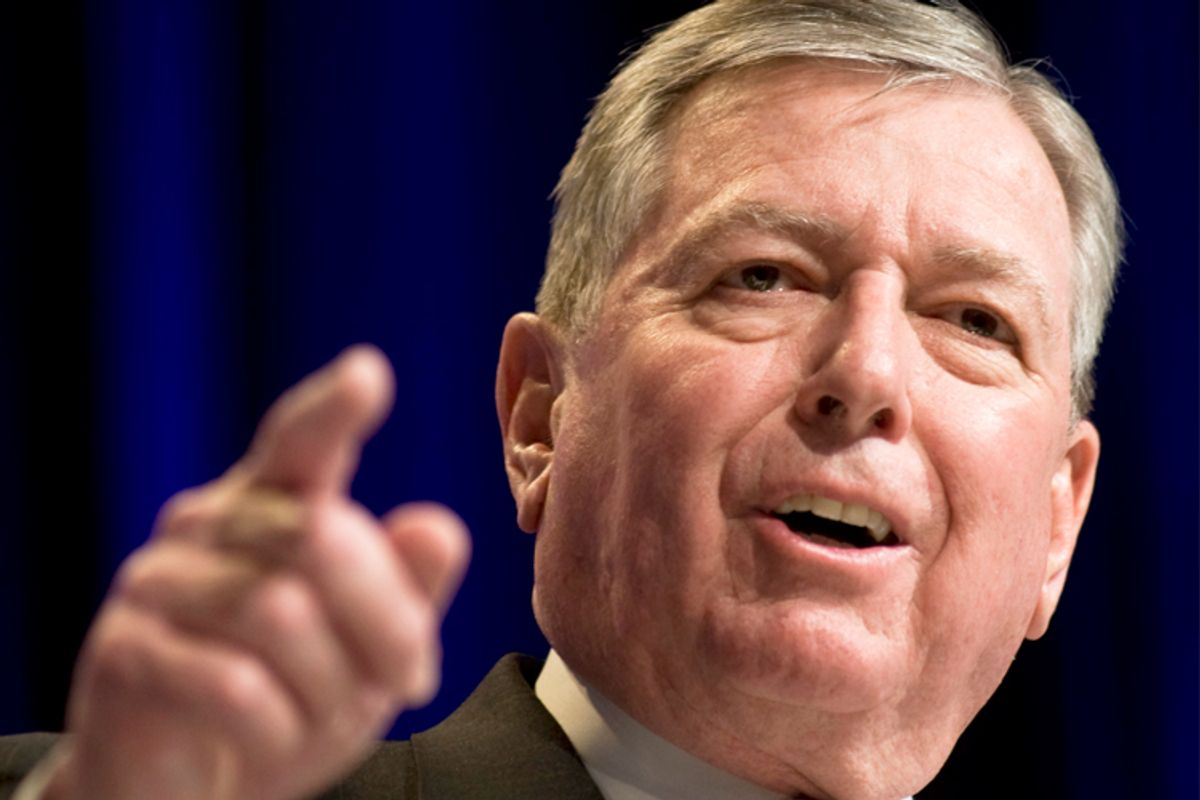 Former Attorney General John Aschcroft, one of the worst jokes of George W. Bush's first term, has a new job! (Not that you needed to worry about him starving on the street: He's been running a very lucrative lobbying firm since he left the Justice Department.) He is now the head of the newly created ethics committee for... Blackwater, the "private security firm" (mercenary army) that is best known for accepting billions of dollars in government money while murdering civilians, smuggling and stealing arms, and generally allowing their private army of reckless, drunken violence-junkies to operate wholly without oversight or consequences.

Because the name "Blackwater" has such a bad reputation, due to all the killing, they've embarked upon a series of cosmetic reforms: Changing their name to "Xe," bidding for contracts under the names of their dozens of fictitious front companies, and now starting up this ethics committee.

And nothing says credibility like bringing on the attorney general whose work establishing a permanent state of domestic emergency necessitated the massive "homeland security" industry that went on to make him a very wealthy man.