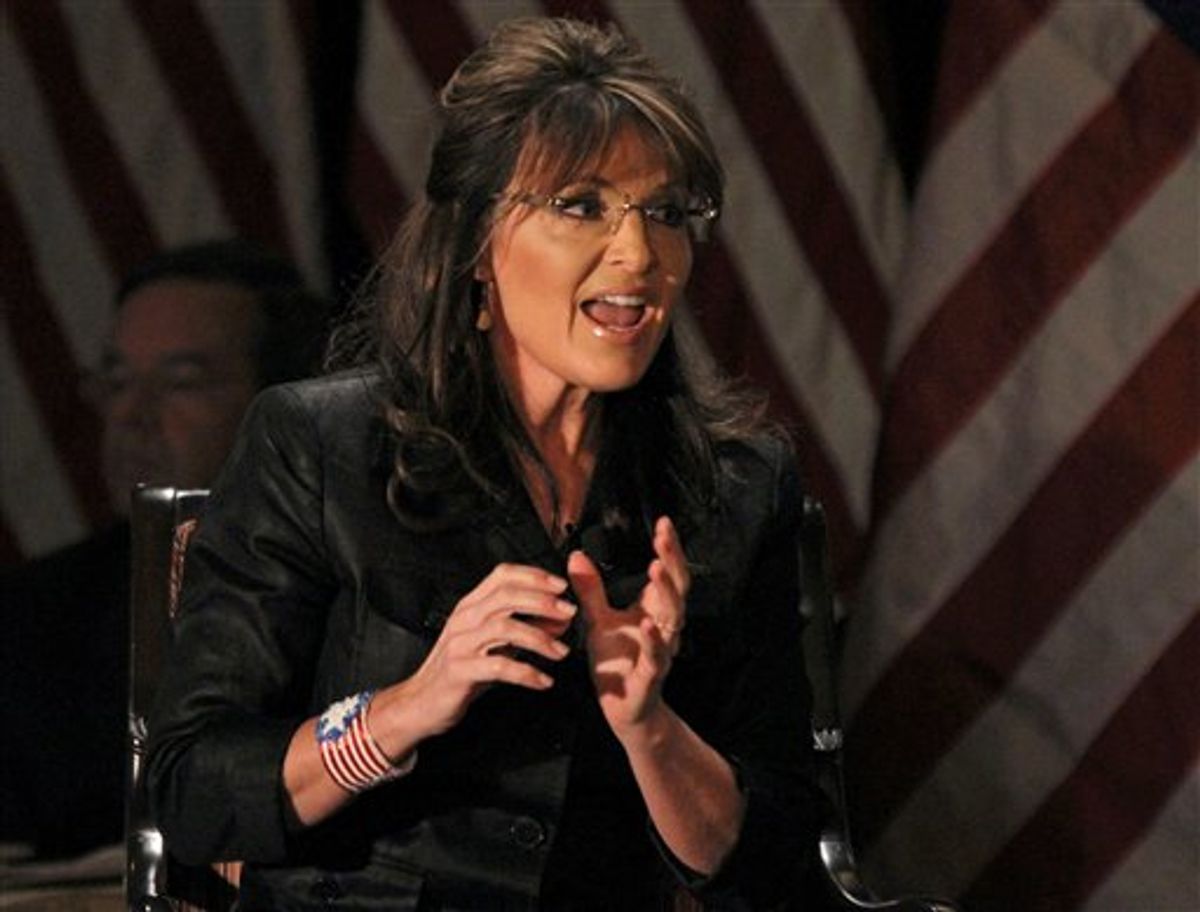 Who could forget Katie Couric's excruciating interview with Sarah Palin in 2008 when the then-vice presidential hopeful was unable to name even one newspaper? You might think after such a reputation-dashing incident, Palin would have swotted up on her media knowledge. But not so, according to some short footage that has emerged from the MSNBC White House Correspondents Dinner after party.

An NBC reporter asked a number of celebrities, newsmakers and Palin to name who they think is the most influential journalist today. "Um, gosh, that's a great question, I have to think about it, OK? Because there are many," responded Palin, after turning to husband Todd for his thoughts (to little avail).

It was not until she bumped into FOX News buddy, Greta Van Susteren, while walking away from the camera that Palin could think of a journalist to name. That's right, "Greta Van Susteren is the most influential journalist!" she shouted. Hmm.

Palin appears at about 1:20 minutes in to the video: