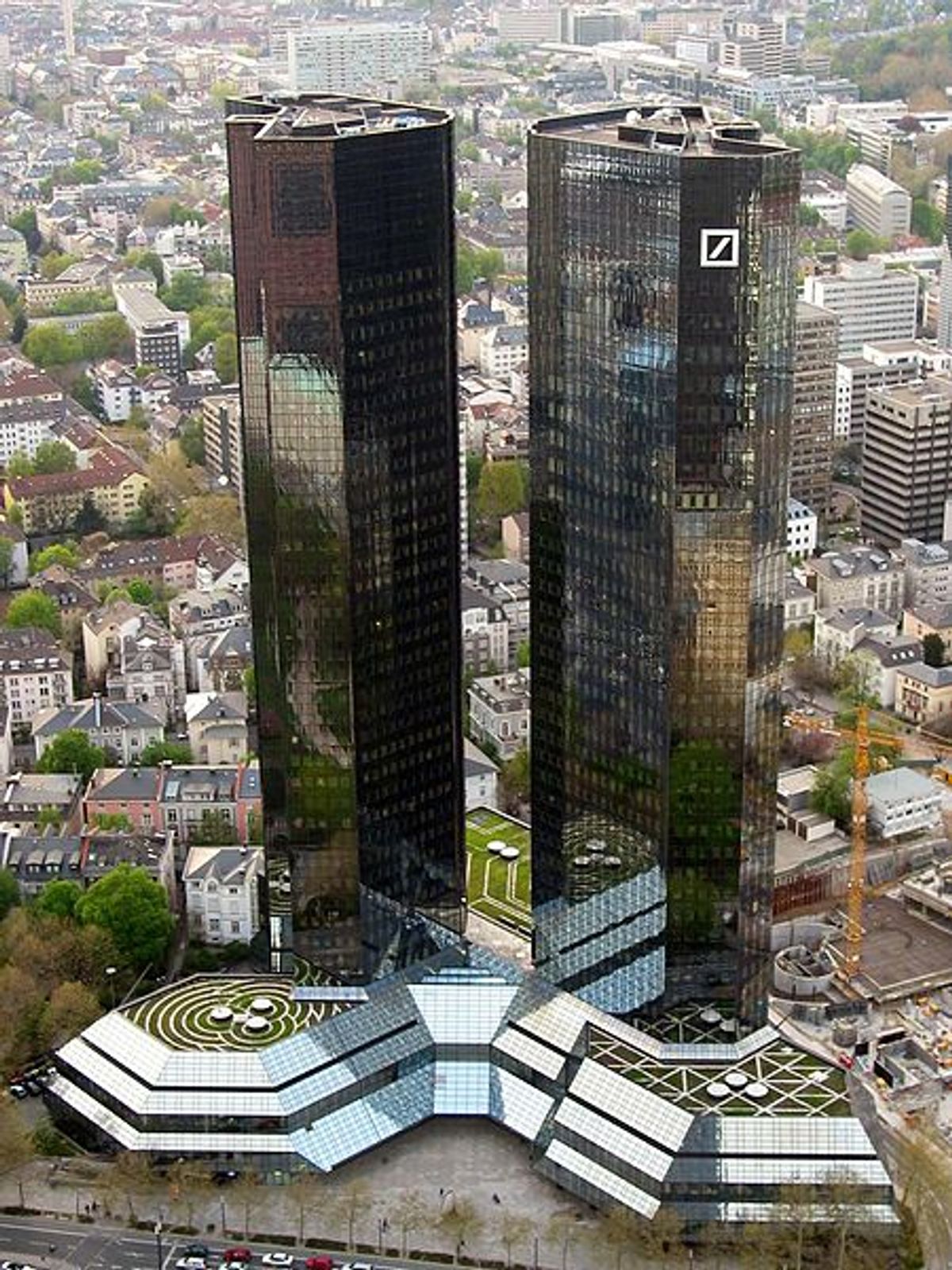 The federal government sued Deutsche Bank Tuesday, saying the bank committed fraud and padded its pockets with undeserved income as it repeatedly lied so it could benefit from a government program that insured mortgages.

The lawsuit in U.S. District Court in Manhattan seeks to recover hundreds of millions of dollars in insurance claims that the government has had to pay when homeowners defaulted on their mortgages. The lawsuit also asked for punitive damages. The government said the bank made substantial profits between 2007 and 2009 from the resale of the risky mortgages, leaving the government to foot the bill for loans that defaulted. The mortgage insurance is issued by the Federal Housing Administration.

The lawsuit said the bank carried out the fraud through its subsidiary, MortgageIT, which employed more than 2,000 people at branches in all 50 states. Deutsche acquired MortgageIT in 2007.

At a news conference, U.S. Attorney Preet Bharara said the bank "repeatedly and brazenly" engaged in a pattern of reckless lending practices for mortgages "that were really ticking time bombs," sometimes failing even to verify that a mortgage applicant had a job.

"In fact, they often seemed to treat red flags as if they were green lights," he said.

Still, the prosecutor said the government found no evidence of the criminal intent necessary to take the case beyond a civil lawsuit.

In a statement, Deutsche spokeswoman Renee Calabro said the bank had received the complaint and was reviewing it.

"We believe the claims against MortgageIT and Deutsche Bank are unreasonable and unfair, and we intend to defend against the action vigorously," she said.

Calabro said nearly 90 percent of the activity described in the lawsuit occurred before Deutsche Bank acquired MortgageIT, which had been an FHA lender operating with government oversight for almost a decade.

Since last fall, federal regulators and attorneys general of all 50 states have been investigating lenders accused of cutting corners and using flawed documents to foreclose on many homeowners. In some cases, employees of financial institutions engaged in so-called robo-signing -- approving documents in foreclosures without actually reading them. Foreclosure-fraud class-action lawsuits are also piling up against major banks nationwide.

Bharara said it "would not be a fantastical stretch to think we are looking at other lending institutions as well."

The lawsuit against Deutsche Bank sought to recover more than $386 million that the Department of Housing and Urban Development has paid out in FHA insurance claims and related costs arising out of MortgageIT's approval of more than 3,100 mortgages, among 1,400 loans that have defaulted so far. It said HUD had paid more than $97 million in FHA claims and related costs arising out of more than 600 mortgages that defaulted within six months.

HUD sets the rules for the FHA mortgage insurance program, including requirements relating to the adequacy of the borrower's income to meet mortgage payments, the borrower's creditworthiness and the appropriateness of the valuation of the property being purchased.

The lawsuit said Deutsche Bank and MortgageIT failed to comply with HUD rules and regulations regarding required quality control procedures, and then lied about their purported compliance.

The government said the quality control violations were egregious, including the failure to review all early payment defaults and to implement minimal quality control processes.

"Instead, MortgageIT employees stuffed the letters, unopened and unread, in a closet in MortgageIT's Manhattan headquarters," the lawsuit said.