Who's soft on terror now?

As a symbol, bin Laden maintained a stranglehold on the American psyche. As a man, he was increasingly irrelevant 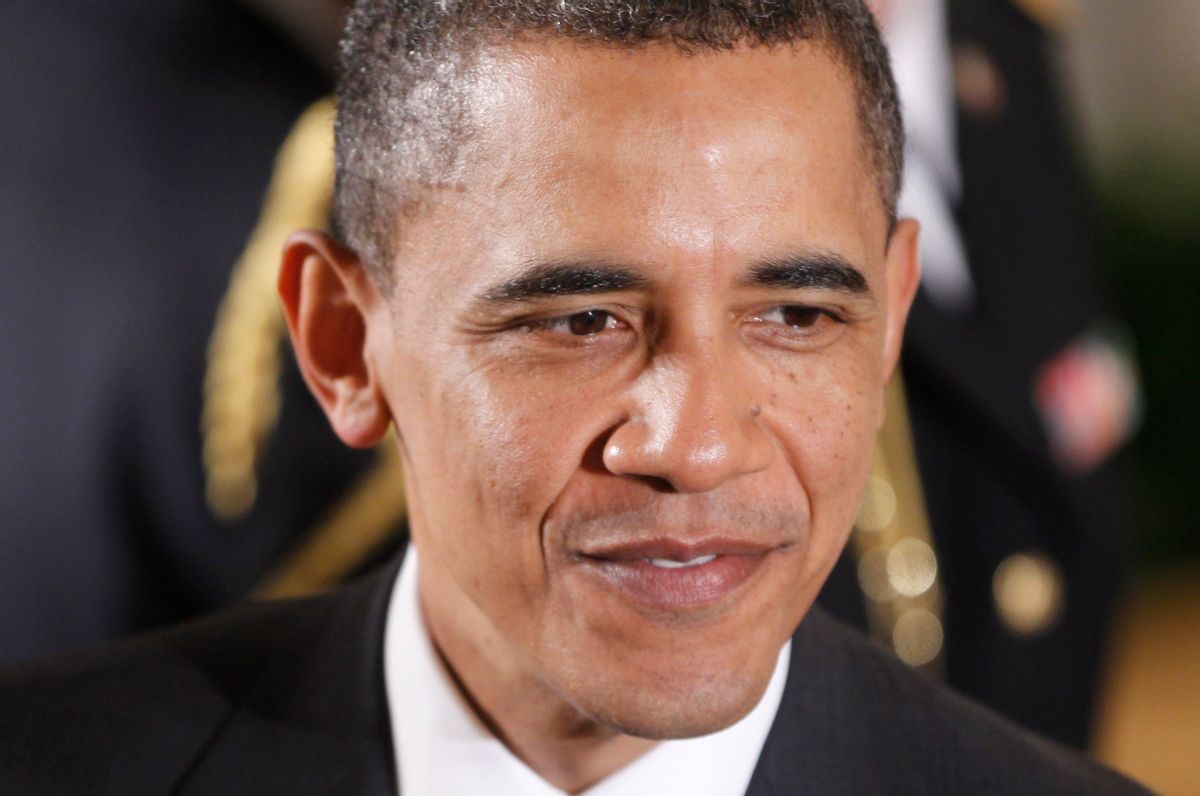 By the time U.S. Navy SEALs shot Osama bin Laden dead in his Pakistan hideaway, he was already becoming a historical anachronism. During his 10 years of running and hiding, events had passed him by. In the end, he appeared more David Koresh than Hitler or Napoleon -- a religious zealot imprisoned by his own homicidal delusions, and little more.

"I am confident that Muslims will be able to end the legend of the so-called superpower that is America," bin Laden once said. Like most fanatics, however, he failed to grasp the resilience of our democracy. America had largely recovered from the terrible strategic blunders that fear and outrage over the 9/11 atrocity had driven it to.

Al-Qaida's hope was to lure the United States into Afghanistan, where they imagined it would destroy itself like the Soviet Union. That the neoconservative cabal inside the Bush administration would use the attack to justify invading Iraq provided an unanticipated propaganda boost.

The U.S., bin Laden told a CNN interviewer in 1997, "wants to occupy our countries, steal our resources, impose agents on us to rule us and then wants us to agree to this ... If we refuse to do so, it says we are terrorists."

"Bin Laden's rose-tinged caliphate was the solace of the disenfranchised, the disempowered and the desperate," Cohen added. "A young guy with a job, a vote and prospects does not need virgins in paradise."

None of which should diminish our satisfaction at bin Laden's death. I happened to be watching the Phillies-Mets game Sunday night when spontaneous cheers of "USA, USA!" broke out as fans got the news on their cellphones. For once, ESPN delivered a non-sports headline at the bottom of the screen.

My brother the Mets fan called the next day to express his feelings. Thirteen people from our New Jersey hometown, he reminded me, died on 9/11. I didn't know any of them personally, but he knew several victims. Nothing can bring the victims back or erase their loved ones' pain. Avenging those deaths, however, brought exactly what President Obama said it did: justice.

Bin Laden could have surrendered. Instead, he took the easy way out. Good riddance to him.

Everybody's got their own way of remembering. Me, I get out my "Concert for New York" DVD and watch the Who turn Madison Square Garden upside down with a thunderous rendition of "We Won't Get Fooled Again" -- maybe the most powerful rock anthem ever written -- for an audience of uniformed New York cops, firefighters and EMTs.

Announcing themselves honored to be invited, the English band played in front of a huge projection of the U.S. flag, the Union Jack and the World Trade Center. I can't watch it dry-eyed. Everybody in the crowd looks like my cousin or somebody I grew up with.

No doubt you've got your own 9/11 memories. The question is: What to do with those thoughts and emotions now? Will the feelings of unity -- those cheering fans in Philadelphia were Democrats and Republicans alike -- bring about a lessening of partisan political anger?

President George W. Bush was quick to offer congratulations. Even Dick Cheney was gracious for once. It was Cheney's classless accusation that President Obama was risking national security by dropping the "Global War on Terror" trope that set the tone for strident rejection of his legitimacy.

Soft on terror? Obama not only accomplished what the previous administration hadn't done in eight years of trying, he'd put his presidency on the line. Had the SEALs' mission in Pakistan failed like President Carter's 1980 attempt to rescue American hostages in Iran, the recriminations would never have ended. Instead, it revealed Obama as one tough, shrewd cookie.

"For most Americans," writes the New Yorker's George Packer, "the killing of Osama bin Laden is the equivalent of a long-form birth certificate in establishing Barack Obama's bona fides as commander-in-chief."

Realistically, however, not much has changed except American self-confidence. The truth is that the nation panicked somewhat after 9/11. Anxious to find an opponent worthy of their own revolutionary romanticism, Bush administration neoconservatives turned Osama bin Laden into a virtual Hitler to suit their own Churchillian fantasies.

"Islamofascism" they called it. Enraged and distraught, many Americans bought it. Except that bin Laden's deluded followers posed no military threat to the integrity of the United States or any Western nation. At worst they were capable of theatrical acts of mass murder like the 9/11 attacks.

And that was sufficient evil indeed.