Did the former president skip a New York trip out of politeness -- or was it an unjustified snub? 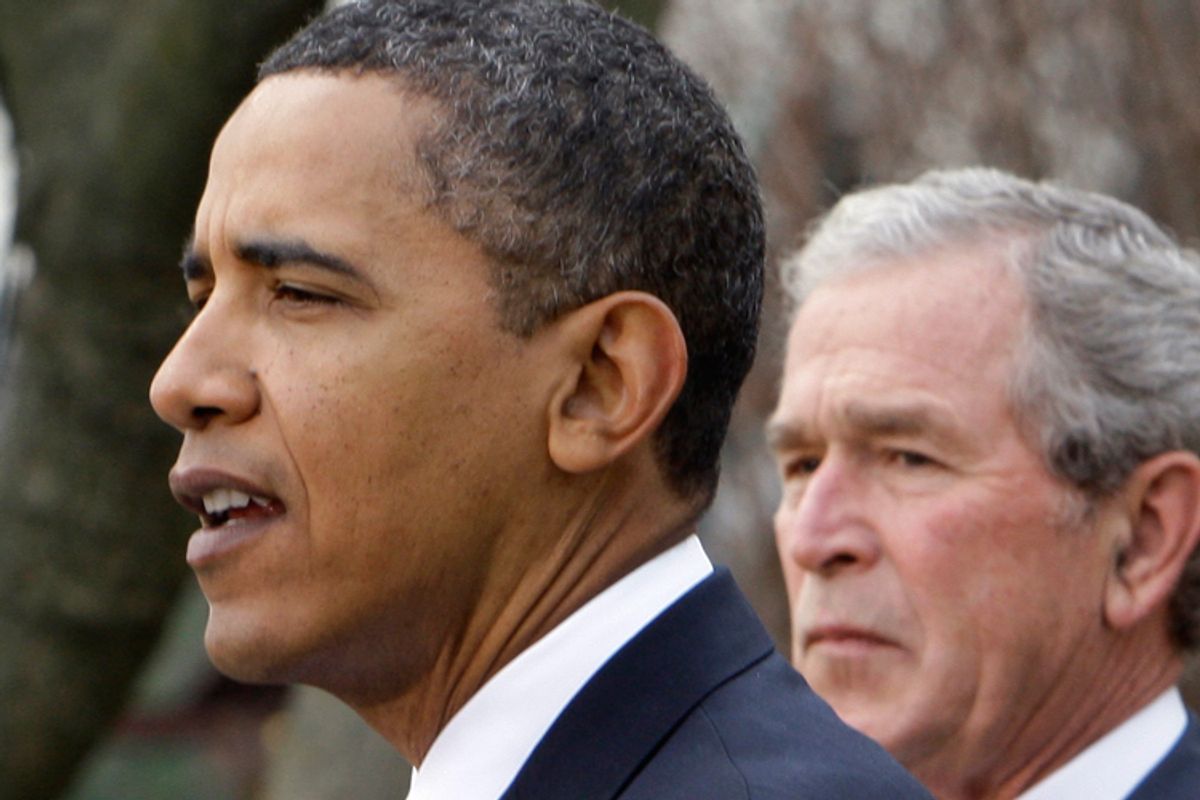 Barack Obama is in New York today, visiting with firefighters and families of victims of 9/11 and laying a wreath at the World Trade Center site. Though the president invited his predecessor, George W. Bush, to join him, the former president declined the offer. At first I thought that Mr. Bush was being gracious, and had decided that his presence would've been an unnecessary distraction. But no, according to a "highly-placed source" who spoke to the New York Daily News, Bush is staying home because he is a big baby who's mad that Barack Obama is taking all the credit for killing bin Laden, just because Obama is the one who did it.

"[Bush] viewed this as an Obama victory lap," a highly-placed source told the Daily News Wednesday.
[...]
"He doesn't feel personally snubbed and appreciates the invitation, but Obama's claiming all the credit and a lot of other people deserve some of it," the source added.
[...]
"Obama gave no credit whatsoever to the intelligence infrastructure the Bush administration set up that is being hailed from the left and right as setting in motion the operation that got Bin Laden. It rubbed Bush the wrong way."

Now this comes from one source, who spoke to, of all possible outlets, the Daily News. It's possible -- maybe even probable -- that this reflects this one source's opinion more than the feelings of our former president. (Bush, after all, has always tended to hire and surround himself with petty, hypersensitive apparatchiks, and they may mistake their own wounded pride for that of their current or former boss.) I certainly believe that most veterans of the Bush White House have convinced themselves that failing to credit them for accomplishing something they very famously failed to accomplish is somehow unfair, just as I believe that Bush himself is probably so completely 100 percent comfortable with everything he did and accomplished that he feels no need for validation.

But in case this is an accurate explanation for why Bush refused Obama's invitation, I think Barack Obama should make sure to keep inviting Bush places, forever, as long as that will keep him home, stewing in silence.