A subdued crowd at ground zero 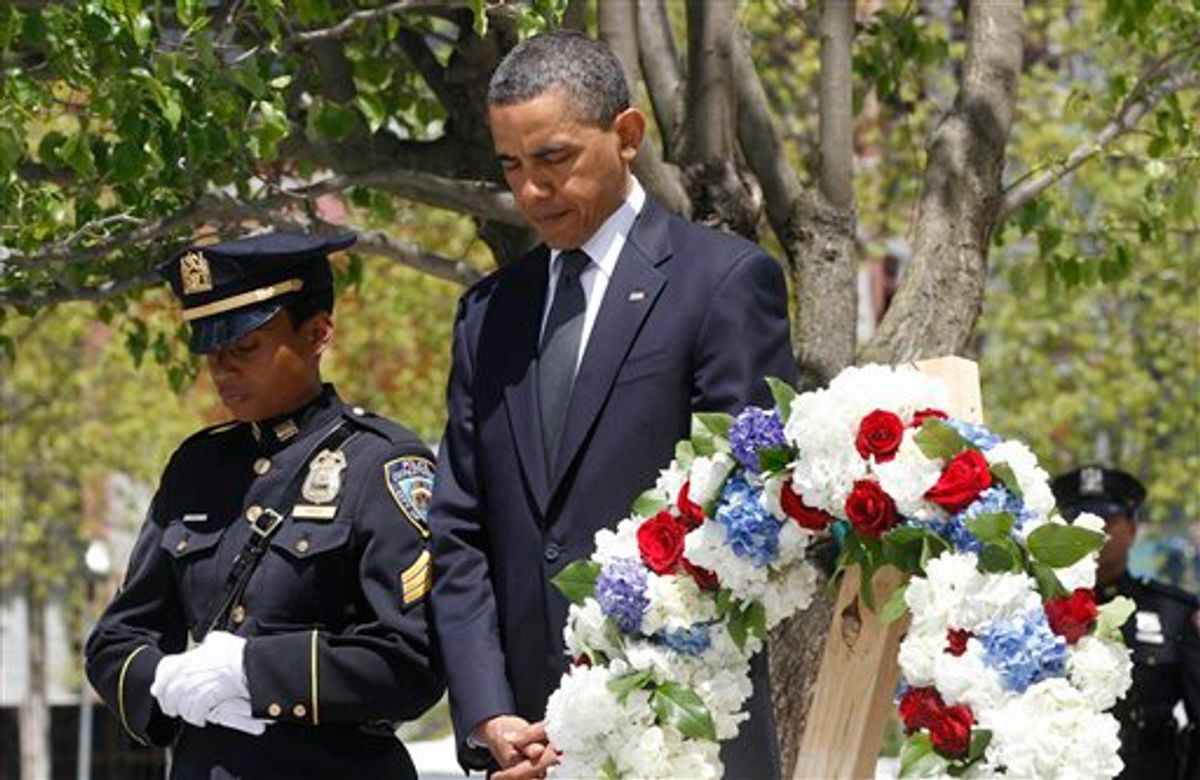 New Yorkers and visitors gathered en masse near the site of the World Trade Center Thursday, hoping to catch a glimpse of the president as he paid his respects to 9/11 victims and their families with a wreath-laying ceremony.

A few American flags were waved, and cheering was sporadic. The "USA! USA!" chants of Sunday night were nowhere to be heard. Admiration for the president seemed to have replaced frenzied patriotism: Obama pins from 2008 were hawked by street merchants alongside T-shirts with Osama bin Laden's picture stamped, in bold red type, with the word "deceased."

Speaking to Salon, a number of crowd members praised the president and showed deference to his decision not to publish images of bin Laden's corpse.