The media's Pentagon worship in action 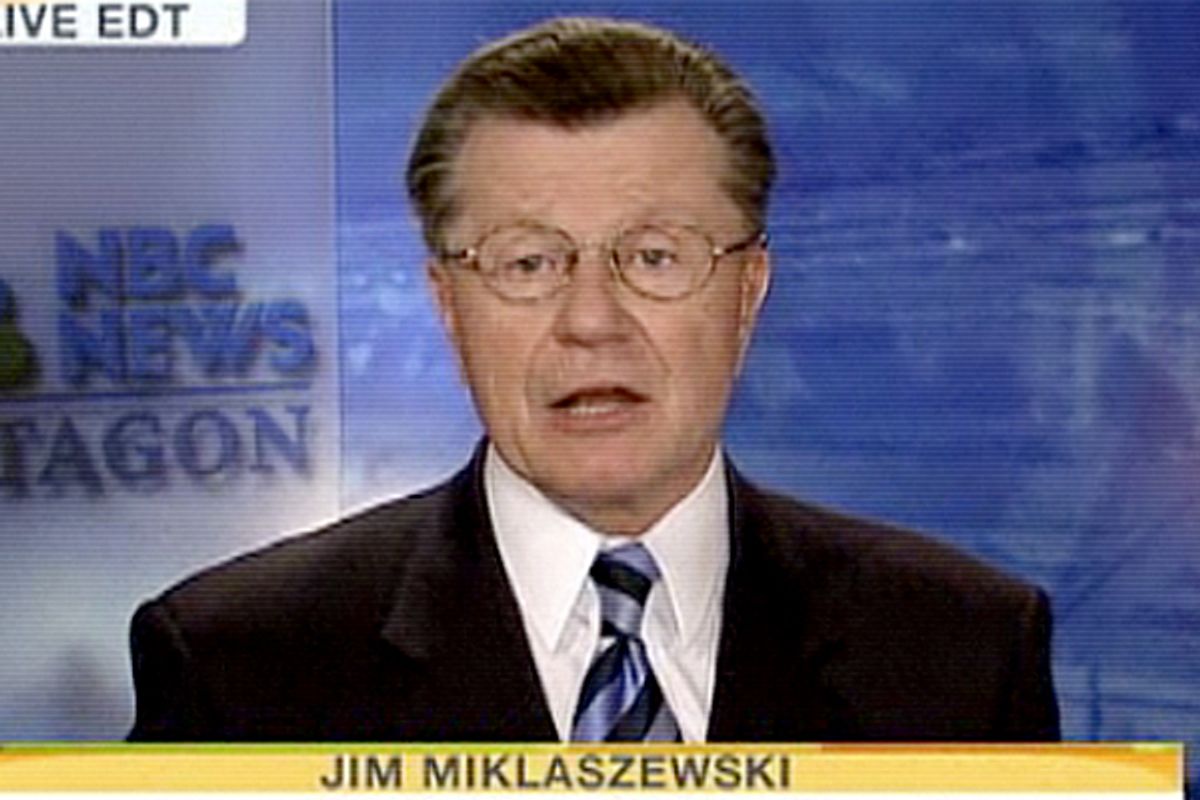 The initial story, in which Navy SEALs engaged in an intense 40-minute firefight with bin Laden's minions before getting into a shootout with the master terrorist himself -- while he was using his wife as a human shield -- has been scrapped. The latest version holds that there was no human shield and that bin Laden was not armed. In fact only one of the five people who were shot to death by the SEALs had a weapon. That was reportedly a courier who shot at the Americans when they came into the compound. He and his wife were both killed. Most of the 40 minutes of the raid were spent collecting computers and other intel, according to the new version.

All of these accounts have been sourced to various parts of the administration; none of them can be independently fact-checked, at least at this point.

Despite the major misstatements by the administration on perhaps the biggest story of the year, the media has largely taken a deferential stance.

The New York Times, for example, writes that "the new details suggested that the raid, though chaotic and bloody, was extremely one-sided." But the bloodiness of the matter was never really in doubt.

"It's important to point out that these new details in no way diminish the courage and accomplishment of those Navy SEALs," he said. "But despite earlier reports from the Obama administration, it turns out now there was no prolonged firefight. And in fact it was the SEALs themselves who did most of the shooting."

And he ended the report this way:

"It's important to point out here this morning that these reports of what happened in the buildings are coming from the SEALs themselves, and they more than anyone want to make sure that the story is told correctly."

After the Miklaszewski report, Matt Lauer interviewed former government official Michael Sheehan, who assured viewers -- without citing evidence -- that the current version of the story is "very, very close to exactly what happened."