Why we keep calling Osama "Obama" 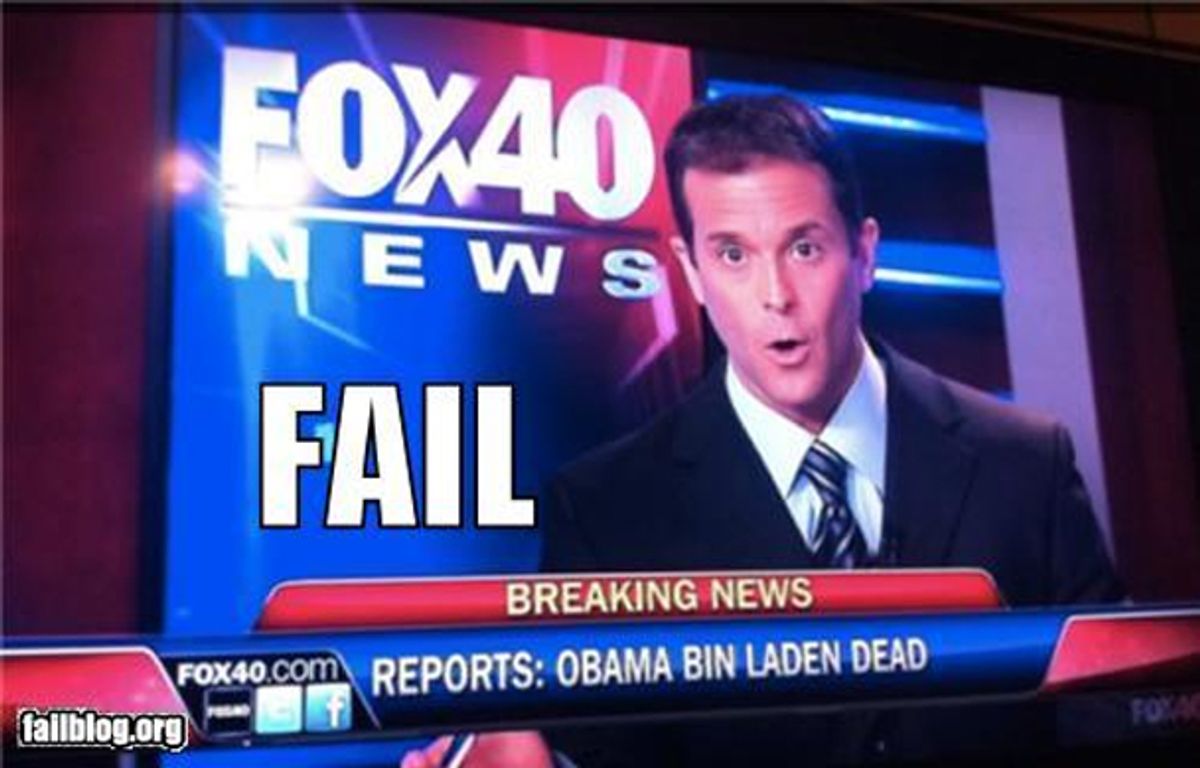 "Obama bin Laden": The gaffe has been made so frequently by so many media outlets over the past few days  (including Salon) that it has almost become an idiosyncrasy of the bin Laden death story.

It is tempting to read too much into the conflation (are you calling the president a terror leader?) or  to look past it entirely (the names sound similar, big deal). But we contacted linguists and speech pathologists to glean more about the mechanisms that might be behind the mix-up.

Adam Buchwald, an assistant professor of communicative sciences and disorders at NYU:

Typically, the more similar or related two words are, the more likely they are to be substituted for one another. This similarity/relatedness can be phonological (i.e., sound-based) or semantic (i.e., meaning-based), and there is some evidence that similarity along both dimensions increases the chance of these lexical errors ...

Names are typically odd in this respect as they don't have any inherent meaning. Nevertheless, confusing two names that are similar sounding about people who are connected in some way can certainly arise as an honest error.

Matt Goldrick, an associate professor of linguistics at Northwestern:

When recalling the sounds of words, we also unconsciously retrieve other words that are similar in sound ... Obama-Osama is a perfect storm for the mental process of word retrieval. These two names share lots of sounds, including the same first sound, are the same length and are typically pronounced as having the same stressed vowel ...

On top of their similar sounds, it's likely that the similar 'roles' Obama and Osama have played (as geopolitical figures) contribute to these mistakes. Research has shown that people tend to mis-name celebrities, they make confusions related to their social roles -- for example, calling President Kennedy "President Reagan." But this doesn't mean that when people make these errors they think Kennedy and Reagan have similar ideas -- it just means that they were both president.

Interestingly, Harriet Klein, a professor of communicative sciences and disorders also at NYU, pointed out the difference in calling Osama "Obama" to calling Obama "Osama."

Most of the flubs this week have involved calling bin Laden "Obama," and there is physiological accounting for this. In a process known as assimilation, Klein explained, we anticipate the "B" from "bin Laden" and this influences the "s" in "Osama" to turn into a "b" ("Obama"). "And 'b' is a much less complex sound to form than 's'," said Klein.

The other way round, however, there's no such physiological explanation. "It seems more derogatory to call Barack 'Osama' ...  It feels almost more psychological," said Klein.

The recent mistakes, therefore, being almost entirely examples of calling bin Laden "Obama," may well be explicable as examples of assimilation. But as Buchwald noted, "one important caveat here is that this does not mean that all such 'errors' are unintended."

And just in case you haven't seen them, we've compiled some of the most noteworthy of the Osama-Obama gaffes:

Following President Obama's announcement of the al-Qaida leader's death Sunday night, an anchor for New York-based Fox 5 said, "President Obama is in fact dead," before correcting himself after some prompting.

Geraldo Rivera on Fox News announced that Obama is dead:

Sacramento's Fox 40 made the gaffe in writing: As did the BBC: This anchor stated that "Obama made killing Obama a No. 1 priority": To be sure, the name gaffe is by no means a phenomenon unique to this week of bin Laden-heavy headlines. In 2007, Mitt Romney repeatedly invoked the name of then-Sen. Obama to refer to bin Laden:

And unlike the above examples, which could fit within an explanation from assimilation, the late Sen. Ted Kennedy went all out and called Obama "Osama bin Laden"-- which would take some pathologizing to account for indeed: