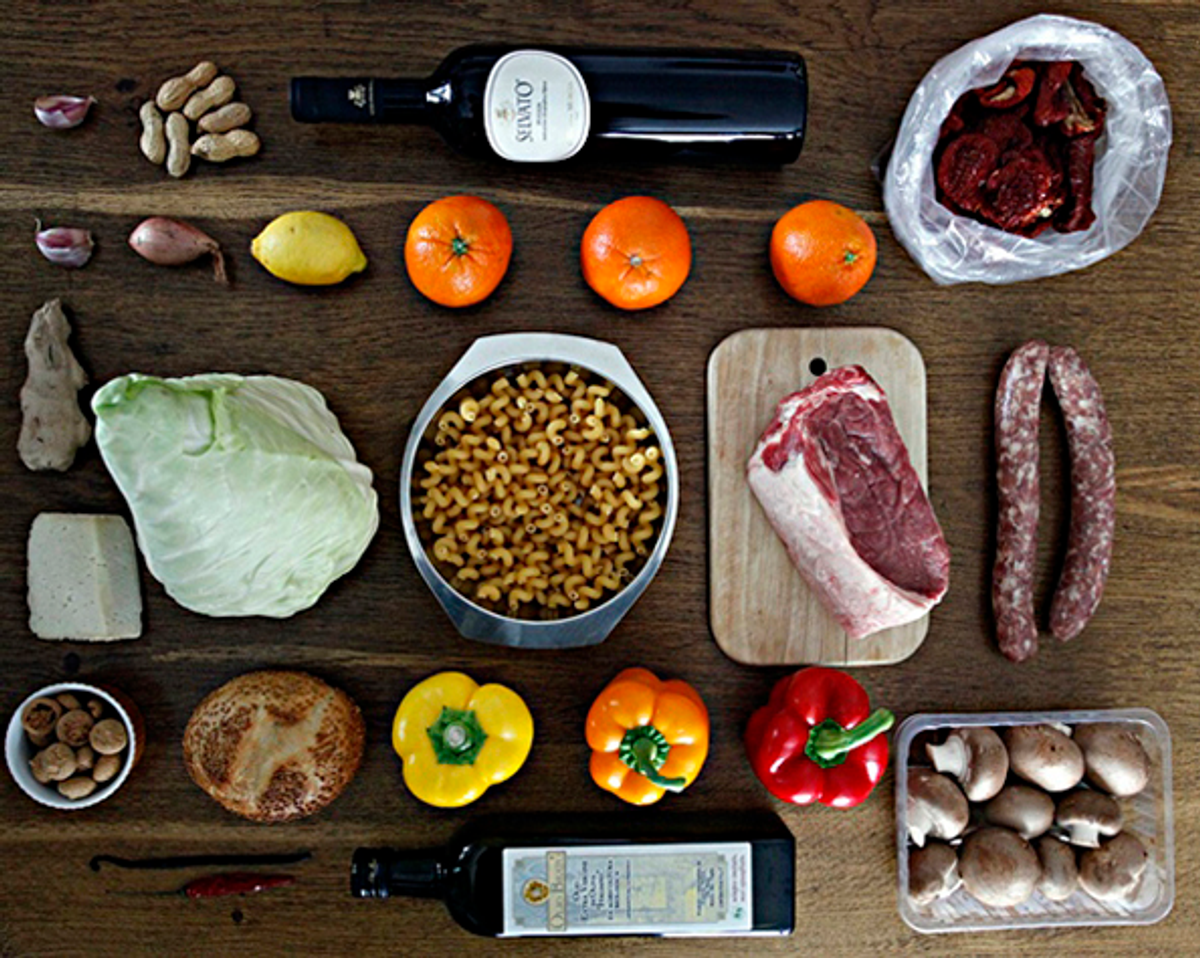 For people with OCD, or even just your garden-variety anal retentives, Austin Radcliffe is somewhat of a savior, shaman and cult leader all rolled into one. Almost exactly a year ago, the Indianapolis-based designer created the website Thingsorganizedneatly.com. TON features nothing but photos of things organized, well, neatly. Really neatly. Lots and lots of things (cars, pens, bottles, leaves, you name it). And in this day and age of chaos and clutter, it is perhaps one of the most serene and meditative destination on the Web, beckoning thousands of neat freaks and order mongers to its soothing shores daily. We sat down with the man to try to find his inner slob.

How and why did you start this site?

I was drawn to images of things laid out neatly, mainly photos or drawings that function as a visual list. I've always enjoyed detailed, imaginative drawings from people like Eric Chase Anderson, and I was also enamored with photo documentation, as in archaeology. So naturally I was drawn to this trend we're seeing now, of designers documenting their work this way. A lot of designers neatly organize a rebrand or identity system they've done, to take photos of it. I've posted some of these on my blog.

Are you an extremely organized person in your daily life?

I am not! I do like to use a lot of folders and bags and containers (I really like shipping crates!) to organize things, but overall my apartment is quite cluttered. The blog definitely came out of image appreciation, not organization obsession.

Do you have obsessive compulsive disorder?

Definitely not. The attention to detail is there -- I can't turn that off. When I'm making a Things Organized Neatly photograph I make everything pretty darn straight, but I consider myself fortunate that it's not a compulsive habit.

Are you surprised that so many other people do, too?

Why does an organized collection of something make it seem more designed?

Milton Glaser boiled design down to "any intentional act." I think that taking time and care to adjust and arrange objects shows a certain time dedication, and therefore implies importance on the objects. The person arranging the items is inherently exercising his or her aesthetic preferences. Even if the objects are arranged scientifically, by size, for instance, a pattern reveals itself. So neatly organizing a subject will give visual interest, and even function to the viewer. Precision is beauty.

Are there some submissions that you haven't been able to show for whatever reason?

Yes, definitely. I have a very high standard for the images that go on my site; for image quality, objects' relevance to one another, and of course neatness. It's hardest to delete images that are from interesting or exotic places. People often submit images they've taken around the world: "I took this photo at a market in Tripoli." It's a thrill and an honor to have fans internationally, but if the image quality isn't good enough, I can't put it on my site.

Can you tell us what they were?

I sometimes also get illicit drugs organized neatly. Again, I'm glad to have the fans, but I try to keep the site family friendly. Only one time have I taken an image down because it offended people. It was a poster with Stefan Sagmeister in his underwear, just sitting on the couch with a bunch of food packages organized neatly. People wrote in and said, "My children read this site,"and "Who do you think you are?" I thought, I've seen much worse images on TV or in public, but I decided to concede. My parents are both elementary school teachers, so they keep me in check.

How much time does it take to organize and keep up the site?

I try to check my tumblr messages at least once a day (for important messages from people like the editor in chief of Print!), but it's something I'm able to maintain in my downtime. I'm not making any money from it at this point, so I have to keep it as a side project.

Do you wish it was organized more neatly?

Ha. My aim was to keep the site simple and plain, like the concept of painting gallery walls white. I wanted the focus to be the photos. The archive page is pretty impressive. Tumblr has a lot of cool tricks up their sleeves.

What's your favorite photo from all the submissions you've gotten?

I always like when photographers do proper lighting and submit things to me. My favorites are definitely professional image quality with simplicity, and maybe vivid colors. No one favorite submission sticks out in my mind, but I definitely like some styles more than others.

What's your favorite collection of things that were organized neatly?

Perhaps my favorite collection I've put on the site was a catalog of dead birds at the Smithsonian. I'm partial to photographs of dead birds for some reason. Anyway, I would love to explore that collection with the guidance of one of their experts.

Would you ever start a site dedicated to slobs?

It's been joked about many times, friends creating a rival blog, etc. I wouldn't want to maintain a site like that. I think it would have to be totally opposite -- like, the lower the image quality the better, poor lighting, and every photo would be a total mess. It's a funny idea, but people enjoy my site because our world is chaotic. My blog is not.

Bonus question: Does it bother you that there are 13 questions?

I'm actually quite fond of the number 13. I always throw a party whenever there's a Friday the 13th, and I really hope we all see 2013.