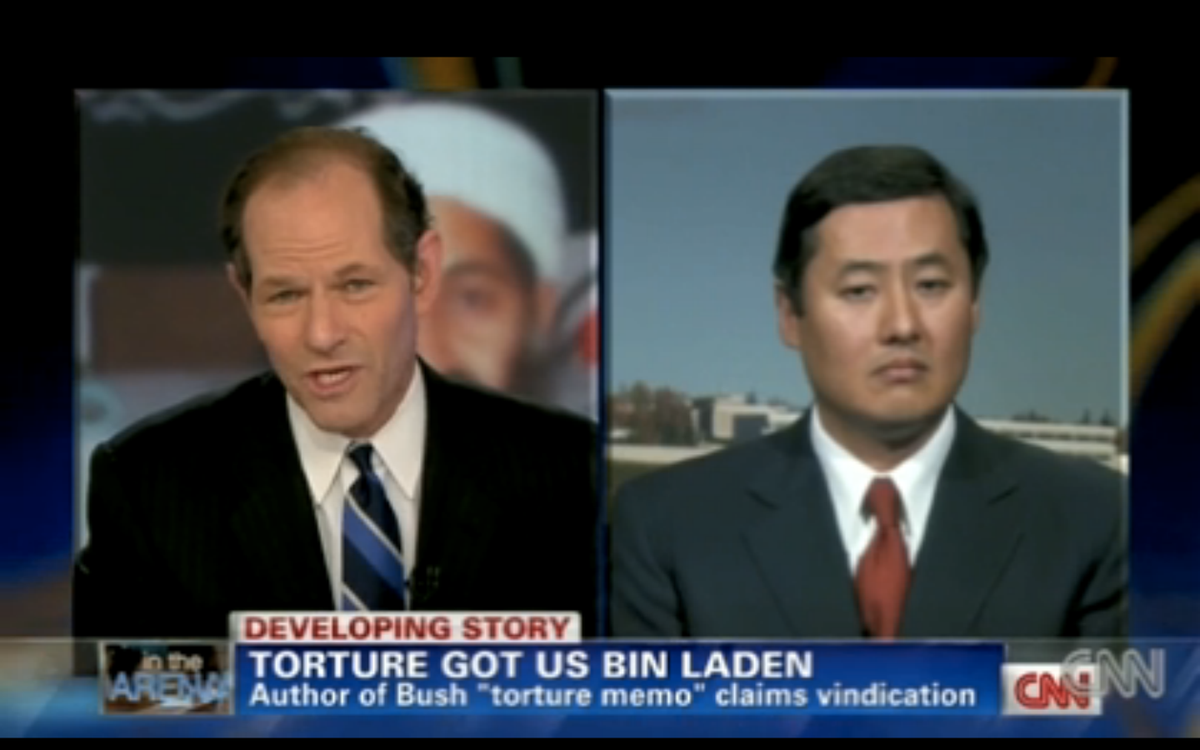 Yoo, who credits former president Bush's interrogation policies with substantial success in leading Obama and his team to Osama bin Laden, again stressed his belief that terrorists should be captured and questioned rather than killed.

But he also went further, suggesting that the Navy SEALs sent to Abbottabad were not given the option of taking bin Laden alive. "If they were going in with no options other than to kill [bin Laden], then I do think that's a problem -- and that's what it's starting to sound like from the information that's coming out of Washington right now."

"It does seem from the initial reports that a deliberately small force was sent in and there wasn't a lot of thought given to the idea of capturing him."

In his Washington Post piece, Yoo argued that the death of bin Laden represented the squandering of "one of the most valuable intelligence opportunities since the beginning of the war [on terror]."

Yoo's stand on "enhanced interrogation techniques" is well-documented, so his argument that bin Laden would have been more useful alive (and talking) than dead was a relatively predictable one. But toward the end of his piece, Yoo introduced a more provocative hypothesis: the idea that President Obama would rather just kill terrorists than "wade through the difficult questions raised by their detention."

Yoo wrote that "the demands of the real world" have "forced Mr. Obama to give up his law-enforcement approach to terrorism" since the heady days of the 2008 campaign, when then-candidate Barack could make optimistic promises about closing Guantánamo and trying terrorists in the courts. Indeed, he speculated that Obama, disheartened by his progress in these areas over the past two years, would simply rather not deal with all the challenges associated with a terrorist's capture -- choosing, instead, to have special forces assassinate his extremist enemies.