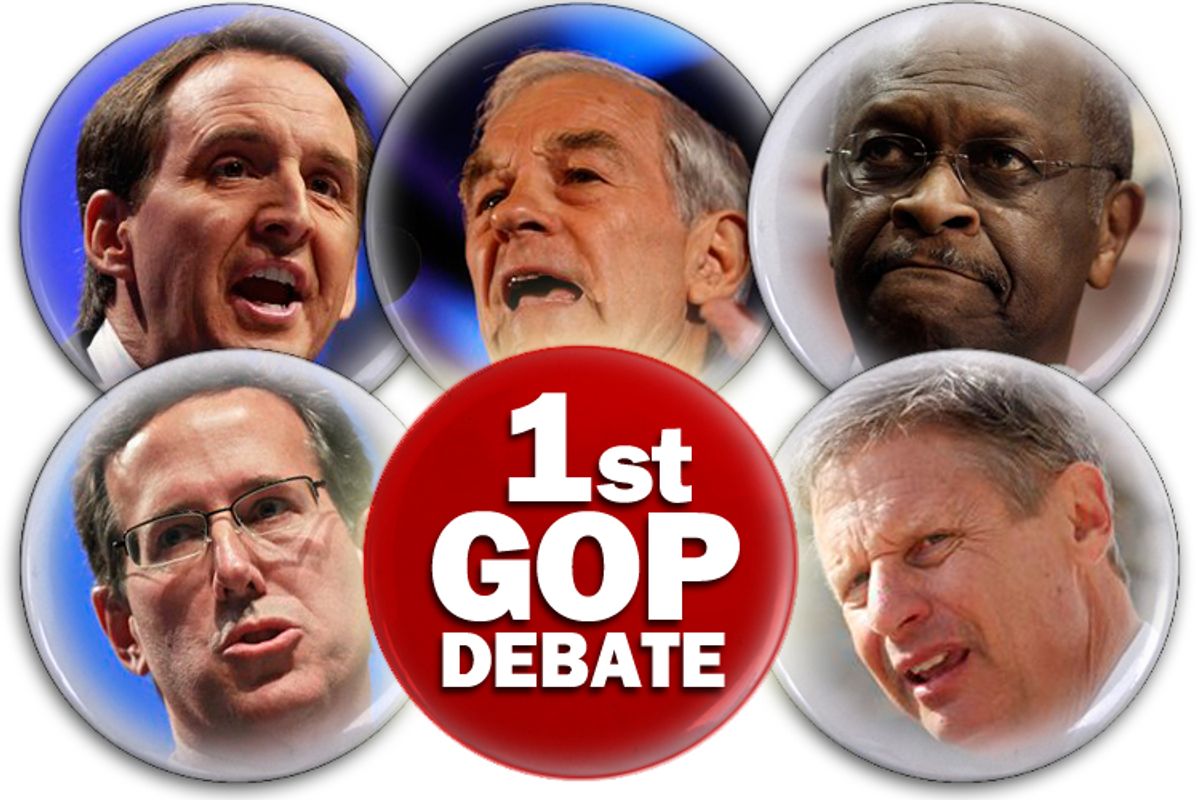 Typically, debates are sober, substantive, policy-intense affairs -- a chance for voters to gain valuable insight into the positions and principles of each candidate.

But not this one.

For reasons we still can't figure out, Fox News and the South Carolina Republican Party are going forward with the first GOP presidential debate -- even though only Tim Pawlenty, Ron Paul, Rick Santorum, Gary Johnson and some anti-Muslim pizza magnate have agreed to take part.

The entertainment potential is so vast that we've lined up Salon writers Alex Pareene and Justin Elliott along with former Hotline writer Holly Noe to liveblog it. They'll be here between 8:45 and 10:45 EDT tonight (the debate itself is from 9 to 10:30) -- and you can play along by tweeting your own reactions and including the hashtag #SalonGOP. We'll promote the best tweets we see and publish them right here. So pull up a chair, pour yourself a Cinco de Mayo margarita or two, and enjoy the show.