A publication brushed both women present out of the iconic image 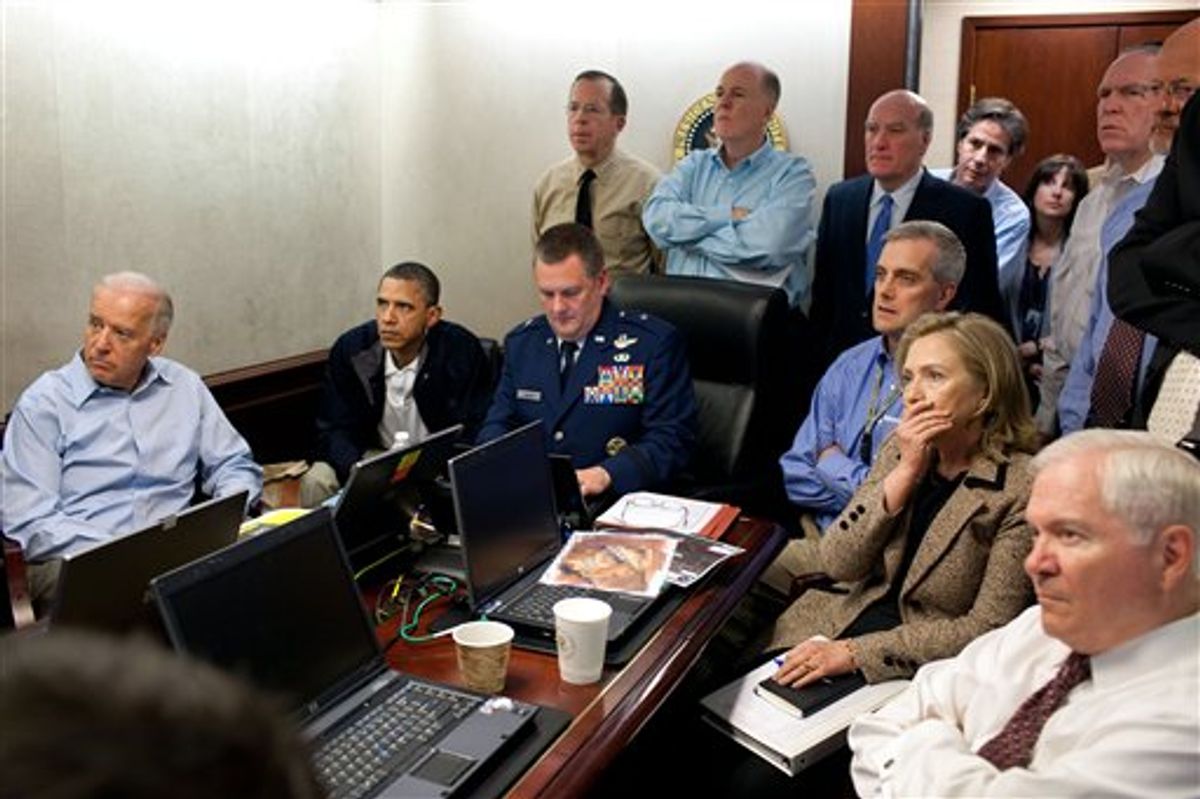 In this image released by the White House and digitally altered by the source to diffuse the paper in front of Secretary of State Hillary Rodham Clinton, President Barack Obama and Vice President Joe Biden, along with with members of the national security team, receive an update on the mission against Osama bin Laden in the Situation Room of the White House, Sunday, May 1, 2011, in Washington. (AP Photo/The White House, Pete Souza) (AP)
--

Particular attention has gone to Clinton's seemingly emotional expression (which she says may have been due to allergies) and to the one other woman in the shot, Audrey Tomasen, a counterterrorism analyst whom the media had never heard of before.

But instead of analyzing the two female faces in the photo, one Brooklyn-based Hasidic newspaper, Der Zeitung, took a simpler approach: They just photoshopped them out. The Yiddish publication left two empty spaces in place of the two women. According to the Jerusalem Post, the blog Failed Messiah was the first to pick up on Der Zeitung's radically edited depiction of the Situation Room.

According to Jezebel, "the religious paper never publishes pictures of women, as they could be considered 'sexually suggestive'."

Here is the doctored shot in Der Zeitung, as captured by Failed Messiah: And here's the original: