Think the government should be run more like a business? Obama has just the plan for you ... 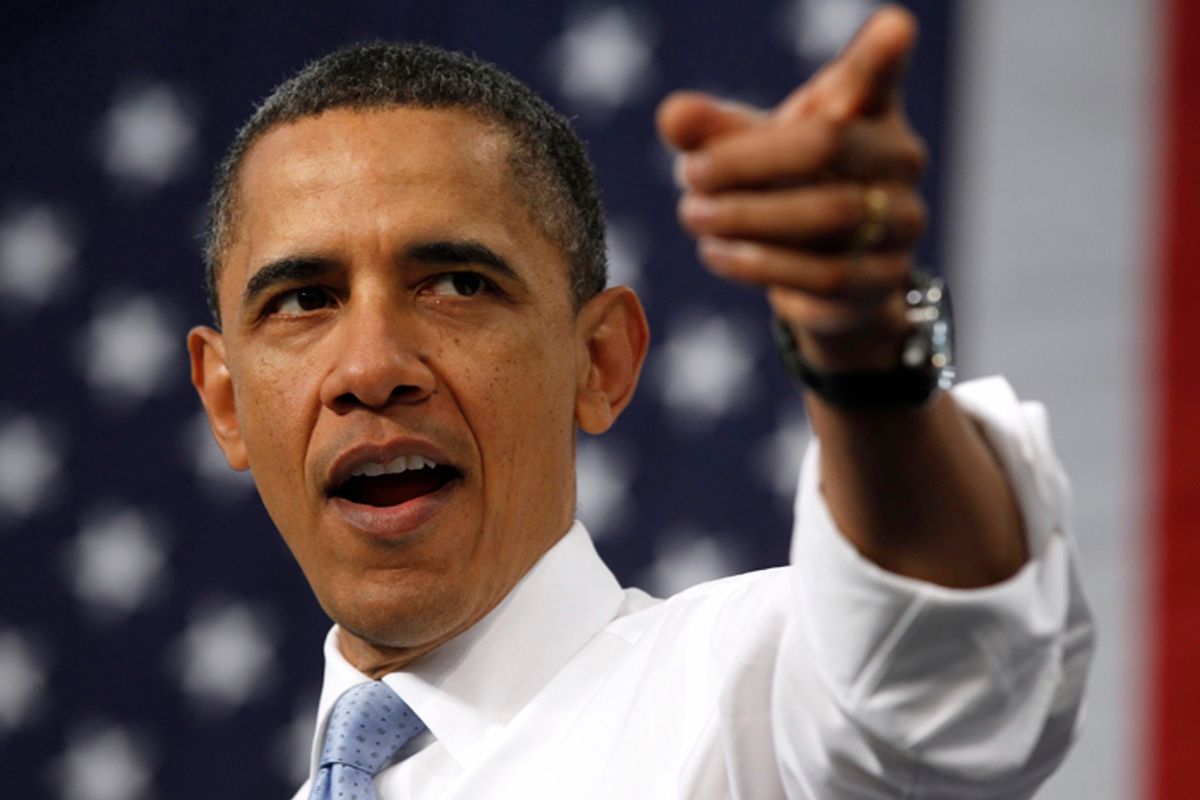 In the past two weeks, President Obama dramatically freed himself from his enemies' suggestions that he is too "foreign" (with the release of his long-form birth certificate) and too "weak" (with the killing of Osama bin Laden). But you might have missed a subtler move by the president that could further erode his opponents' push to brand him a "socialist."

This past week, the administration asked Congress to form a commission to fast-track the sale of "excess" federal property in an attempt to wipe some zeroes from the tail-end of the deficit figure.

The sale of public real estate to private interests has bipartisan support, but it's more significant than that: It's an indication that under Democratic leadership the U.S. government is beginning to behave as an entity that is concerned with such fiscal trivialities as ledgers and balance sheets. It's the opposite of state socialism and nationalization -- goals that Obama's critics on the right have relentlessly claimed that he's pursuing.

The administration has identified a massive asset class worth unloading. The federal government is the largest owner of real estate in the nation, sitting on hundreds of millions of acres of land that takes up about 30 percent of the country's surface. The value of Uncle Sam's nondefense real estate portfolio is estimated at $230 billion, and it carries a maintenance cost of around $20 billion a year.

If Congress moves ahead on the White House's recommendation, 60 percent of sale proceeds from properties the White House has deemed excess will go to paying down the deficit, with 40 percent to cover costs on other government-run facilities. In addition to the one-time cash from the sale, the government can begin generating tax revenues on land that was previously an expense. Just don't get too excited about landing a piece of the Grand Canyon -- the administration describes this first round of sales as "sheds, underutilized office buildings and empty warehouses." (The White House actually put together an interactive map of all of the excess properties.)

While this libertarian strain of Obamanomics probably will probably escape the notice of many voters, it could also resonate on a very ordinary level with small business owners and the middle class. When times are lean, private companies with lines of credit and private citizens with checkbooks look to dispose of superfluous assets. So, in adopting the same basic approach, Obama is addressing the Republican refrain that the government should be run more like a business or a family.

The life of George Orwell offers a clear example of how this works. Orwell spent a great deal of time seeking out financial hardship and poverty, whether by battling fascists in foreign civil wars or living-out penniless social experiments in expensive cities. And he did so without the safety net of a credit card or a printing press for currency. In "Down and Out in Paris and London," Orwell detailed the myriad species of financial transactions this forces on a person -- if he was hungry but had no money for food, he would have to sell his possessions in order to acquire the funds to eat. This meant giving up his coat for bread and butter, and he comi-tragically described a Russian friend who could only laugh at the realization that he'd forgotten to shave one last time before pawning off his razor for a drink.

Similar dark humor could be found in the wake of the 2008 market collapse, when you could troll Craigslist to relieve some banker of his floor-length mirror or Damien Hirst original. These negotiations are standard for anyone who doesn't operate with the backing of the full faith and credit of the U.S. government. If you're no longer credit-worthy and your lenders are tightening their purse-strings, you may have to sell off some assets in order to meet your obligations.

Of course, Obama's real estate purge won't be a cure-all, and neither is it safe from the pitfalls of government bureaucracy. Officials estimate initial savings at $15 billion over the first three years, which is only 1 percent of the national deficit. In addition, there are some 20 requirements that must be met before the land can be made available to the private sector, including first making the property available to entities that help the homeless, should they wish to use them.

Still, the government has had some success so far. There has inexplicably been a run of buyers on the country's lighthouses, which are apparently worthless even to the homeless. (Perhaps the government has tapped into the same class of consumers who pay to have stars named after them, the purchasers of posterity who enjoy their goods until posterity goes supernova -- or is swallowed-up by the effects of climate change.) For now, we can be glad the Obama administration has volunteered this idea instead of having it forced upon it. One of the stipulations of this week's Portuguese bailout is that the country will have to raise 5.3 billion Euros over the next two years through the selling of state property -- which, done under such duress, will almost certainly go for cents on the Euro.