Legendary interviewer asks former U.N. ambassador if America will elect a man with a bristly lip (and personality) 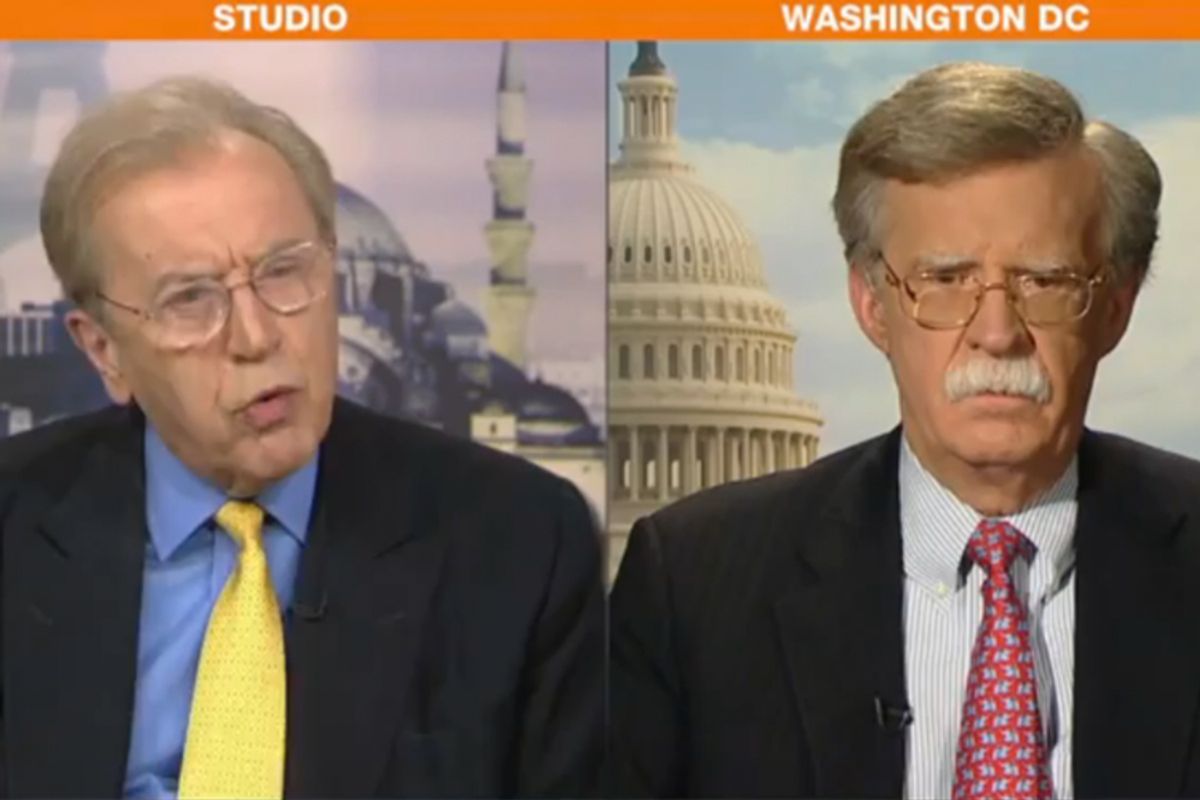 On his al-Jazeera English program, Sir David Frost asks former ambassador to the U.N. John Bolton if America is ready to elected a mustachioed president. (At 15:28 in the video.)

But is America ready to elect a man with a mustache and a history of throwing things at people? (And if so, wouldn't they rather have Rollie Fingers?)