The killing of bin Laden has been hailed as flawless, but a disputed 2008 raid shows what could have gone wrong 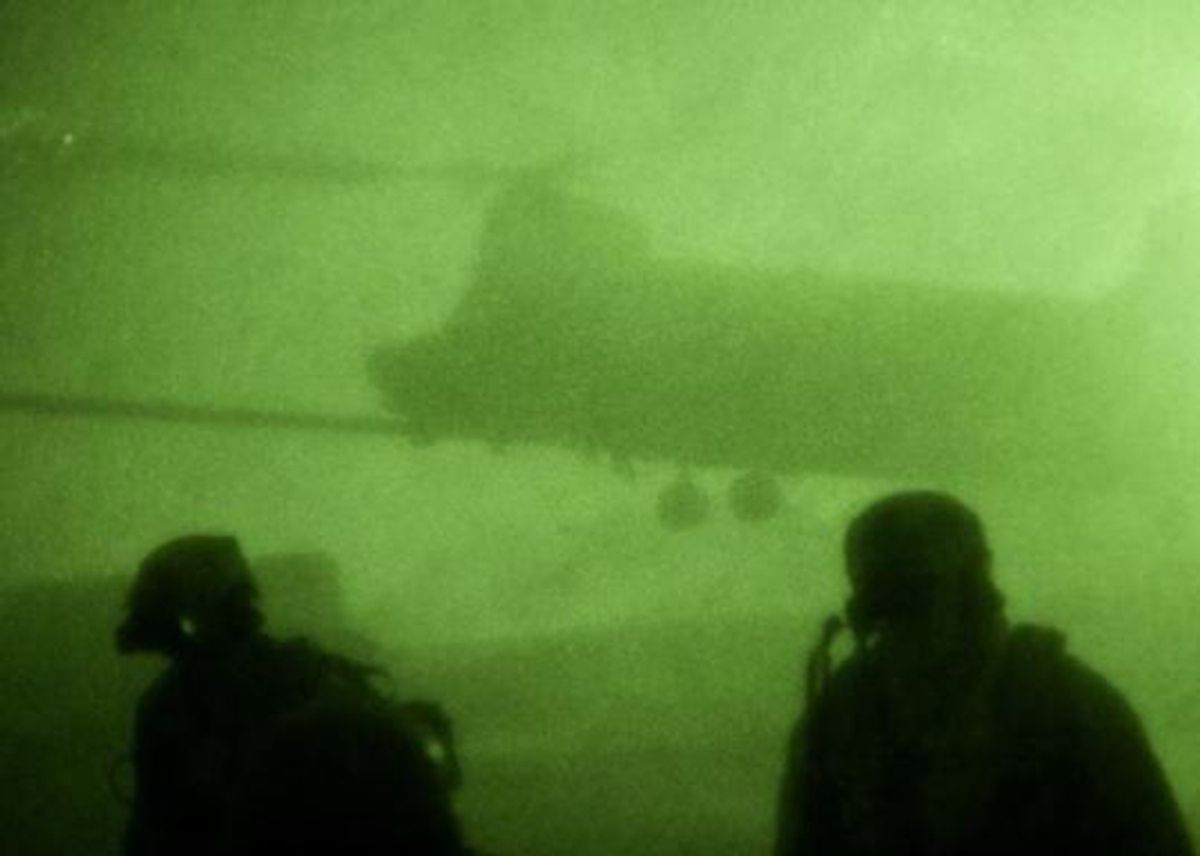 Navy SEALs in Afghanistan with an MH-47 Chinook in the background.
--

A lot has been made of the riskiness of the Navy SEALs raid on Osama bin Laden's compound last week, with President Obama observing that "there would have been significant consequences" if bin Laden turned out not to be there.

What would those consequences look like? As it turns out, there was a previous SEALs raid in Pakistan in September 2008, though the disputed episode -- Pakistan maintains many civilians were gunned down -- long ago disappeared down the memory hole.

On Sept. 3, 2008, more than two dozen Navy SEALs helicoptered across the Afghan border into the Pakistani village of Musa Nika in the Angoor Ada district. The village is in Pakistan's much-discussed tribal region, where, back then, many believed bin Laden was holed up; who the SEALs were targeting is not clear.

According to a New York Times account sourced to anonymous U.S. officials, the SEALs spent "several hours" on the ground and, backed up by a AC-130 gunship, killed "two dozen suspected Qaeda fighters."

Pakistanis on the ground and in the government, though, fiercely disputed the American version of the story, insisting that most or all of the dead were civilians. Here is a competing -- and radically different -- account of the SEAL raid from the Sunday Times:

Within minutes, the commandos had surrounded the mud-walled compound of Payo Jan Wazir, a 50-year-old woodcutter and cattle-herd.

They believed an al-Qa'ida leader was hiding inside.

According to villagers, the troops burst in, guns blazing, killing Payo Jan, six children, two women and a male relation. Among the dead were a three-year-old girl and a two-year-old boy, they said.

The gunfire brought neighbours running out of their homes. As people headed towards Payo Jan's house to see what had caused the commotion, the commandos opened fire, killing 10 more villagers.

So were the dead "suspected Qaeda fighters" or innocent villagers and children? It's impossible to say at this point, and I can't find evidence of any public investigation of the incident.