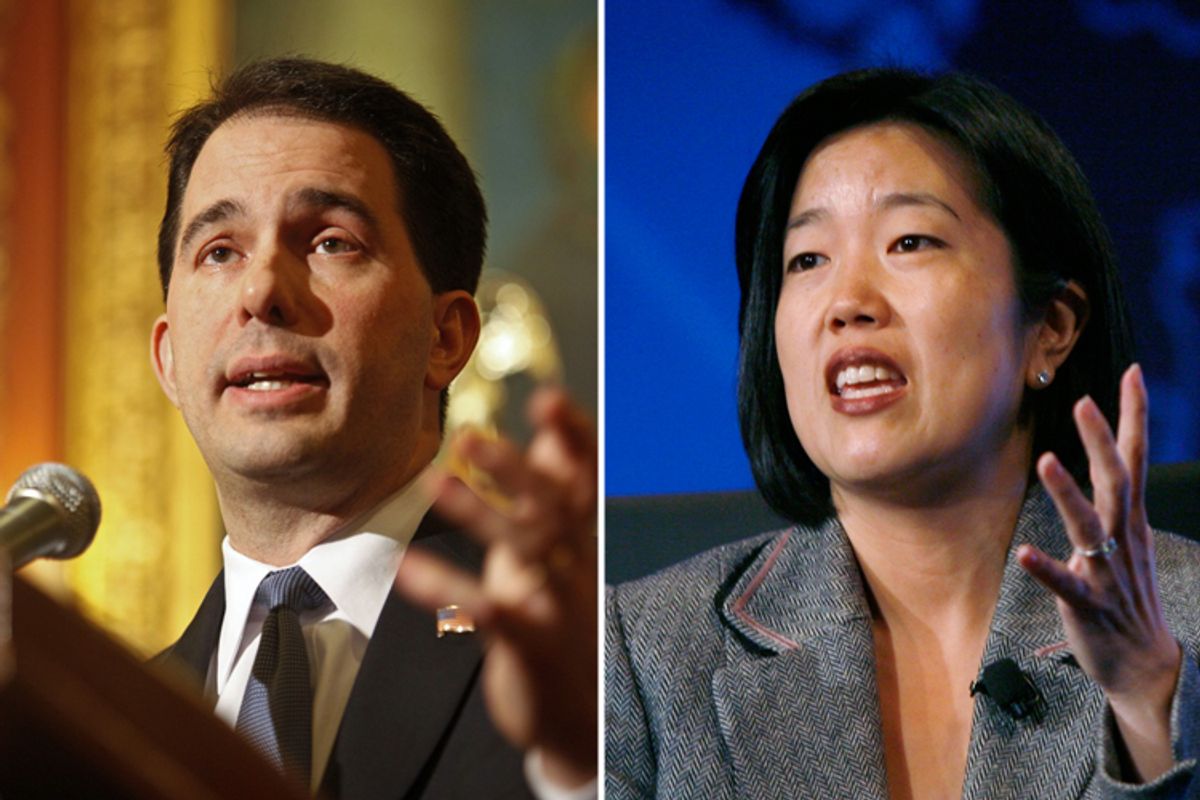 The "American Federation for Children" -- a right-wing "education reform" organization founded and funded by religious right activist multimillionaire Betsy DeVos (former Republican candidate for governor of Michigan and sister of Blackwater founder Eirk Prince) and dedicated to electing state legislators who'll fund Christian schools with taxpayer money and crush public employees' unions -- is having a party in Washington, D.C., today, and they have invited Republican governors who have been working to fix education forever by firing all the greedy teachers and letting profit-seeking private interests manage the schools more "efficiently."

Wisconsin Gov. Scott Walker and Pennsylvania Gov. Tom Corbett are two of the honored guests of the Federation. The third, of course, is crusading former D.C. schools chancellor Michelle Rhee, movie star and hero of the Democratic elite. Rhee's address at the "policy summit" will probably not detail how to cover up evidence of widespread standardized test cheating, but it should.

There are various people protesting the event.

If I were there, I'd just be protesting the fact that the American Federation for Children didn't invite Cathie Black, my personal favorite representative of the school reform movement.