This latest episode's brutal twist showed the breakdown of law in New Orleans. It also felt manipulative and wrong 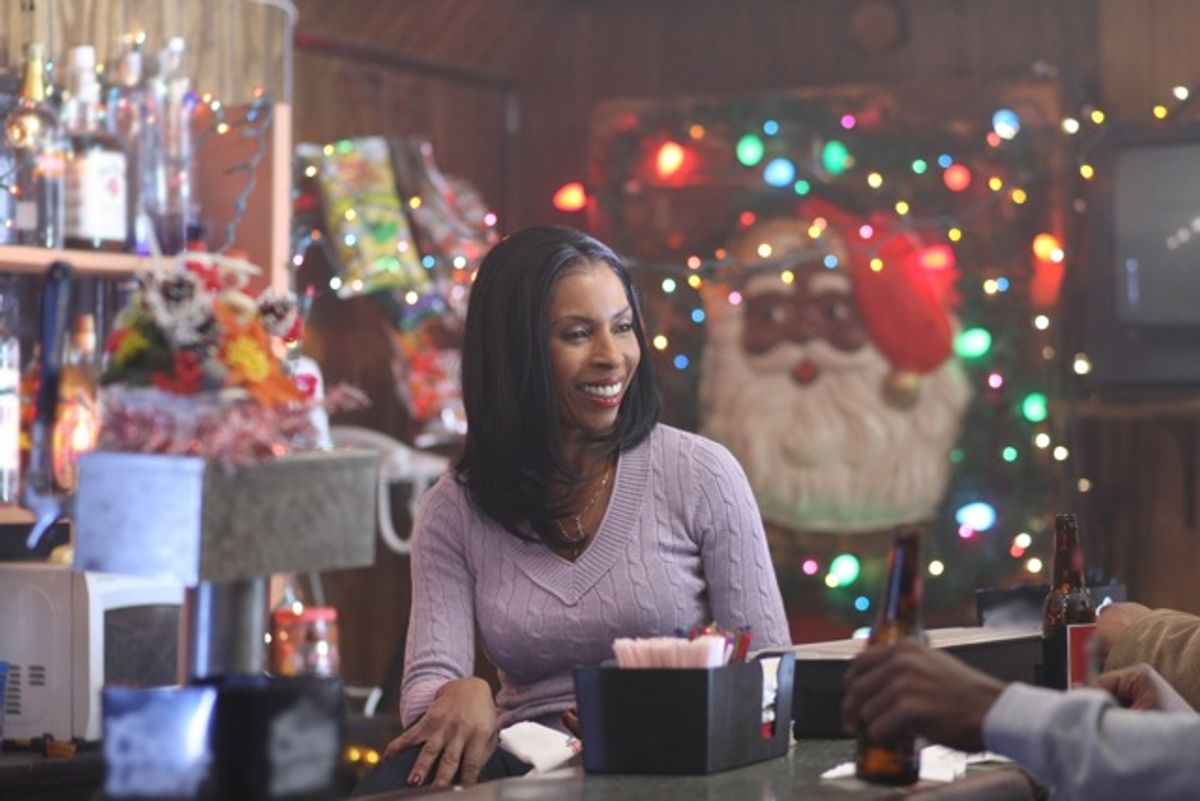 LaDonna Batiste-Williams (Khandi Alexander) enjoys a moment of calm before a storm of violence on "Treme."
--

Let's talk about this week's "Treme." I found it disappointing overall -- unimaginative in most ways, and tone-deaf in others. Except for the hilarious scenes with Antoine (Wendell Pierce) rehearsing his new band and that splendid, wordless musical opening, much of it was distressingly choppy and superficial, cutting scenes (and musical numbers) short as if with a hatchet and treating every subplot as equally interesting when in fact many of them were not interesting at all. ("On Your Way Down" was the episode title; James Yoshimura wrote it, Simon Cellan-Jones directed.)

But all those other flaws pale beside the hour's horrifying (and buzz-generating) showstopper: an act of savage criminal violence inflicted on one of the show's strongest characters. It was handled fairly tastefully by HBO standards, but also in a way that reduced its victim, a complex and steely character, to punching bag status, and that seemed, for a David Simon production, weirdly off-key.

If you haven't seen the episode, you should stop reading now.

If you have seen it, you know which subplot I'm referring to: the rape of Khandi Alexander's character, LaDonna Batiste-Williams, by two anonymous thugs who invaded her bar after closing time.

LaDonna was shutting the place down when one of the rapists knocked on the exterior gate with a false story about wanting directions to a local club and needing to use her phone. She called the cops (fat lot of good that did, with response times so poor), waited a bit, then tried to leave, only to find the same man and a partner loitering menacingly near the back door. When she retreated inside and tried to shut the door behind her, they pushed it open and followed her in, then advanced on her as she tried to fend them off with a bat.

And it's at this point that the episode started to feel somehow off. These young men were almost literally faceless; the first was seen through a gate, his face partly obscured by his hoodie, and the second was just a menacing creature, Thug No. 2. When they edged closer to LaDonna in the bar, they were immersed in darkness, practically shadows: Not people, but THE OTHERS. I can't recall another act of violence on this show or "The Wire" that turned perpetrators of violent crime into wraithlike abstractions, like something out of  a "Death Wish" movie.

I don't harp on all this in order to plead for a sympathetic treatment of rapists on film, but to emphasize how un-David Simon-like the handling of this whole subplot seemed. The scenes themselves and their placement within the episode showed poor judgment, which is an observation I have never before made about a Simon series.

The run-up to the rape was a more intense and horrifying cousin of the other crimes depicted in this episode; in many of them you never saw the crimes themselves, just looted apartments and houses and that one shot of a dreadlocked perp glowering on the hood of a squad car while cops cuffed him. New Orleans' late-aughts crime epidemic destroyed the city's post-storm unity and created an "us vs. them" mentality, even though in most cases the "us" and the "them" were denizens of the same city and had endured many of the same traumas. That's tragic and fascinating, and a great subject for Season 2 of "Treme." And yes, future episodes do explore this dynamic in slightly more depth (emphasis on "slightly").

Nevertheless, what came through in Sunday night's episode (to me, at least) was a desire to shock viewers and shake up the series a bit. Bottom line: "Treme" handled the assault in a way that diminished LaDonna and the seriousness of her story. Simon and series co-creator Eric Overmyer have been staunch about treating every character and subplot as more or less equal; this was apparently Simon's philosophy on "The Wire." But there are times when I think a series has to budge from that philosophy, and take advantage of series TV's capacity to be elastic, and stretch to emphasize particular stories and downplay (or ignore) others. What happened to LaDonna was so harrowing that it should have been given more prominence.

There's no reason why the episode should have shown the rape itself, but I wanted to see more of her valiant struggle against her attackers. Instead the director cut away as soon as she picked up a bat, which struck me as an insult to the character's indomitable strength. And the hospital and recovery scenes were meager and perfunctory. All in all, LaDonna got just a few scenes, mostly short and clinical -- and in the second half of the episode she was mostly AWOL, returning for a haunting but rather blank final close-up. Whenever the episode cut away from her ordeal to show Antoine's band rehearsals or Sonny (Michiel Huisman) looking for a job or Delmond Lambreaux (Rob Brown) worrying about whether to fire his manager, it felt like a colossal failure of common sense. A beloved character was raped and beaten to a pulp. The emphasis should have been on her.  Other subplots could have been compressed or put on hold until the following week because they're of a different order of magnitude.

The subject of the entire episode was systemic failure: post-Katrina, the city of New Orleans flat-out wasn't functioning. And for a variety of reasons (some internal, others external) it failed the basic test of government competence by failing to defend property and people against crime. That thesis came through loud and clear; it was expressed in the scenes of people trying and failing to seek redress for their burglarized property and witnessing displays of overwhelming force by the police. "Could you cut me a break, please?" burglary victim Janette Desautel (Kim Dickens) asked a government official, begging for help after being turned away for not arriving on her "appointed day." "If I cut you a break, I'd have to cut everyone else a break," the official replied, "and then where would be be?" "I don't know. We'd all get a break, then? Wouldn't that be a nightmare, huh?"

But LaDonna's story could have been a lens through which many of these issues, talking points, themes and motifs were refracted. Instead her suffering was treated glancingly. The net effect was disturbing in all the wrong ways.