The plight of the birthers now 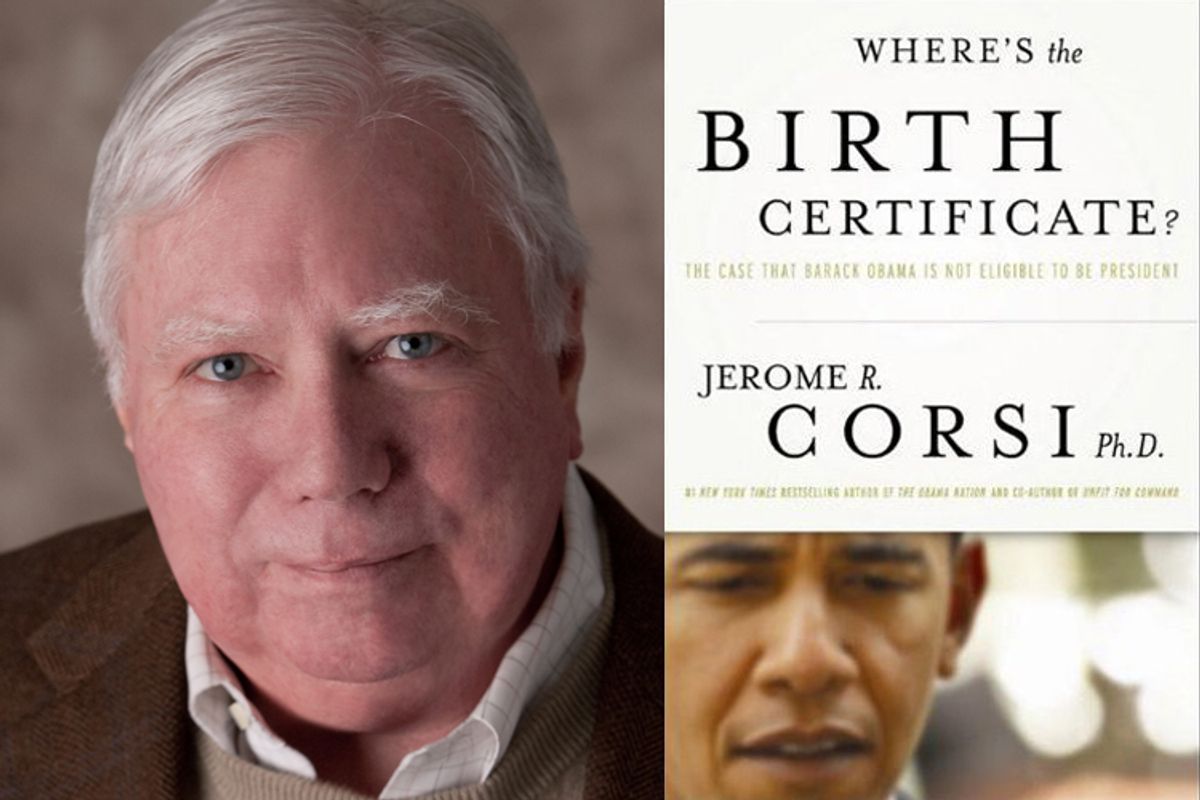 The ranks of birthers have thinned significantly since President Obama released his long-form birth certificate on April 27.

But in the universe of WorldNetDaily, the influential leading birther website, Obama's eligibility remains a live issue.

Leading the site right now is a piece by Jerome Corsi headlined "Hawaii detective charges: 'Birth certificate' a fraud / Claims phonies created by state in order to 'screw with birthers.'" It carries a Honolulu dateline. But the piece includes this ominous passage:

However, few other officials were talking. Hawaii authorities ordered WND not to contact the state employee identified as the source of the phony certificates. Also, WND learned the state's employees had been ordered not to respond to WND questions.

Officials at Kapiolani also refused WND permission to ask questions of anyone at the hospital. Spokesman Shawn Nakamoto told WND the hospital would not respond to anyone at "your organization."

What is Kapiolani hospital hiding?