Confessions of an Army "Gleek"

As an American soldier in Afghanistan, I'm tired of carnage. That's why I'm obsessed with a campy high school show 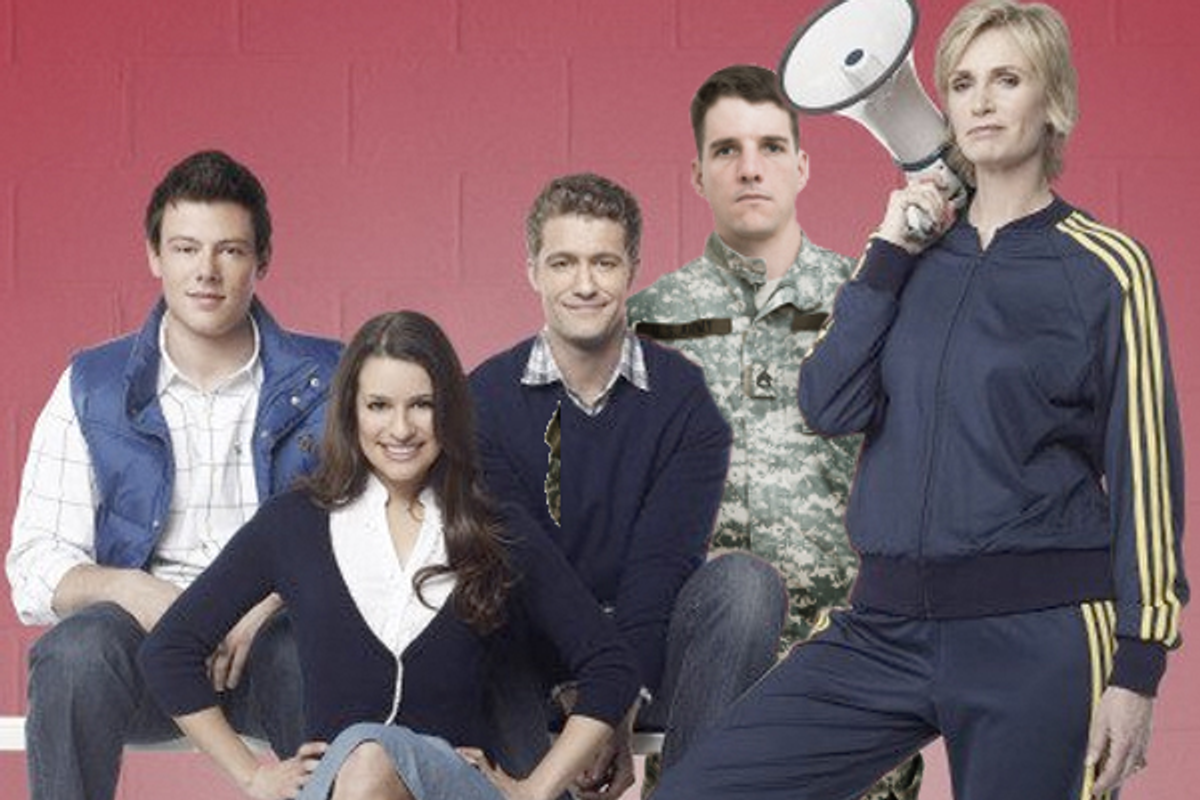 I am an Army Airborne-Ranger-Infantry "Gleek" in Afghanistan.

Yes, you read that right. I am, in addition to being a professional soldier in a combat zone, an aficionado of the campy show-tune-filled television musical program "Glee."

But it makes sense, and if you were here, you would understand.

For an American soldier this place is not exactly "Three Cups of Tea," even if the stories in that book were completely true. It is war, and war is not fun. War is not something you can turn on and off. You cannot shut off the lights, close the door, get in your car and go home at the end of the day. You are here, 24/7, for almost 365 days, and there is no let-up, there are no days off, and there is no release. You cannot have a beer, or three, and you cannot lose focus. Because regardless of what type of war you may be in, the ultimate measure in war is reduced to the simplest terms: life. Death.

For me, and for people like me, you are either planning the death of somebody or you are planning how to keep somebody else from killing you, yours and most especially the civilians and innocents, because in these most recent wars, that is what the enemy often tries to do. Lose focus, lose intensity, and innocent people are more likely to die. Here. Now.

It will happen anyway, of course, and that weighs on your soul as well. You know, with your brain, that there will be the ones that you could not protect, no matter what you did. There will be men, soldiers, civilians, women and children who will die because there is no way to protect all of them, all of the time. We all know that. But that intellectual realization is thin gruel indeed when your heart remembers.

And so, naturally, in this hyper-alert, hyper-emotional environment, where you have zero privacy, zero minutes alone, and zero time to recharge in any meaningful way, we all have our small ways of coping. Mine is "Glee."

This is funny, because I am not much of a music guy, or even a television guy, for that matter. My tastes are pretty well frozen at around 1989, and it is only through my three teenage daughters that I have even a vague sense of who "Lady Gaga" might be.

But I love the complete escapism of "Glee's" fantasy world, even as the Ohioan in me laughs at the all-too-true stereotypes played out on the small screen. I like the few minutes when I get transported to a place that is, almost exactly, on the other side of the world from where I am. And I appreciate that while the world those actors portray on "Glee" is almost as divorced from the reality of the real Lima, Ohio, as I am from the reality of Bainbridge Township, Ohio, I can at least, for a moment, listen to music and be far, far away.