Is our debt to China a national security risk? 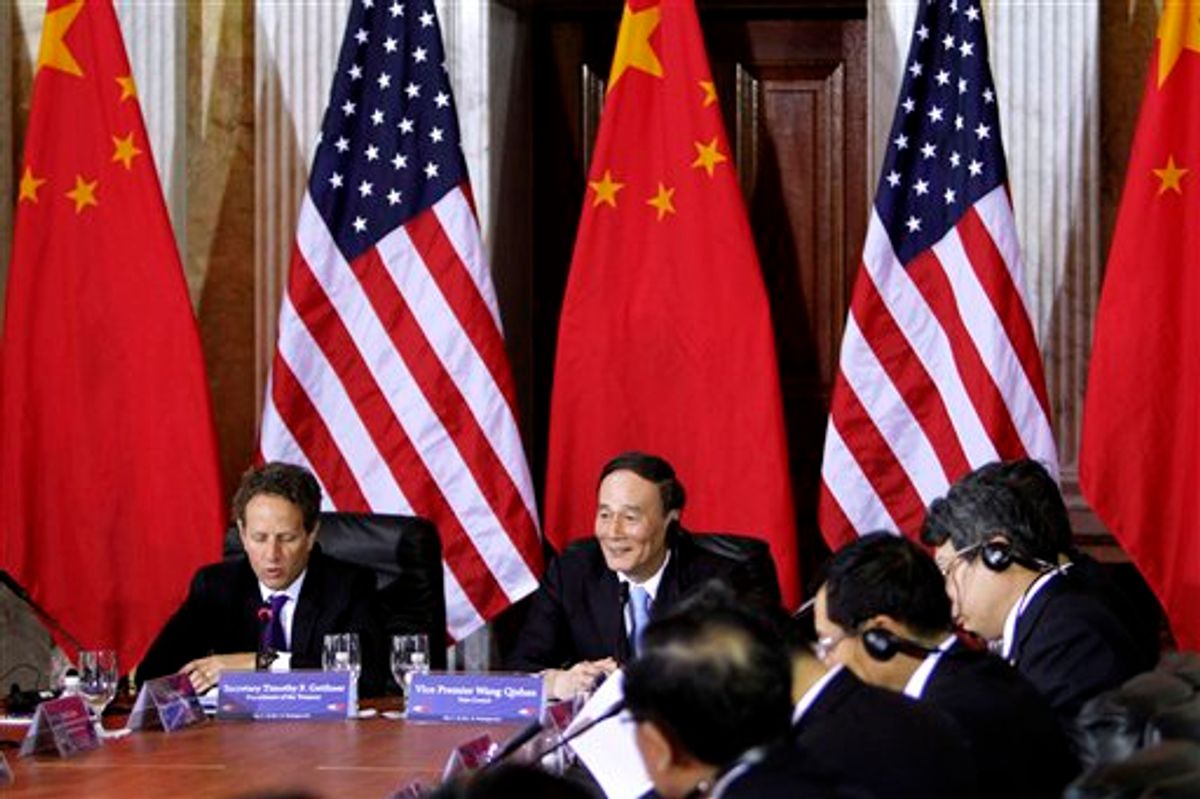 China is the largest foreign holder of U.S. debt (with estimated holdings of $1.16 trillion) -- and, according to a newly proposed U.S. military spending bill, this constitutes a national security concern for America.

The 2012 Defense Authorization Bill proposed Monday by Rep. Howard McKeon, the California Republican who chairs the House Armed Services Committee, includes a section on China. Why would China feature in a 2012 military budget? The answer is leverage. As the AFP noted, the question the bill poses is whether "Beijing could draw a military advantage from its status as a major U.S. creditor."

There is some precedent for this concern. In early 2010, as Reuters reported, senior Chinese military officials urged that China sell some U.S. government bonds as a punishment of sorts for Washington having sold arms to Taiwan (although the threat was not followed through).

The new bill, which has to make its way through both houses of Congress before it could be enacted, would compel the U.S. Defense secretary and director of national intelligence to report on whether there are "options available to China for deterring United States military freedom of action in the Western Pacific as a result of its creditor status," according to the proposed legislation.

To make greater sense of the China issue's inclusion in the bill, it is worth mentioning too that McKeon introduced the bill with specific mention of "America's supremacy." He said:

Proposing to cut defense spending by nearly $500 billion in the coming decade without first conducting the necessary due diligence to determine what our nation's basic defense requirements will be is an invitation to other countries to challenge America's supremacy.

With this in mind, it is less surprising that China's financial leverage over the U.S. is a focus. The 2012 Defense Authorization Bill is not just about security, but U.S. dominance too.