Inside the Donald Trump/Russell Simmons meeting

The hip-hop mogul, a rabbi, and two imams confront Donald Trump about Islamophobia 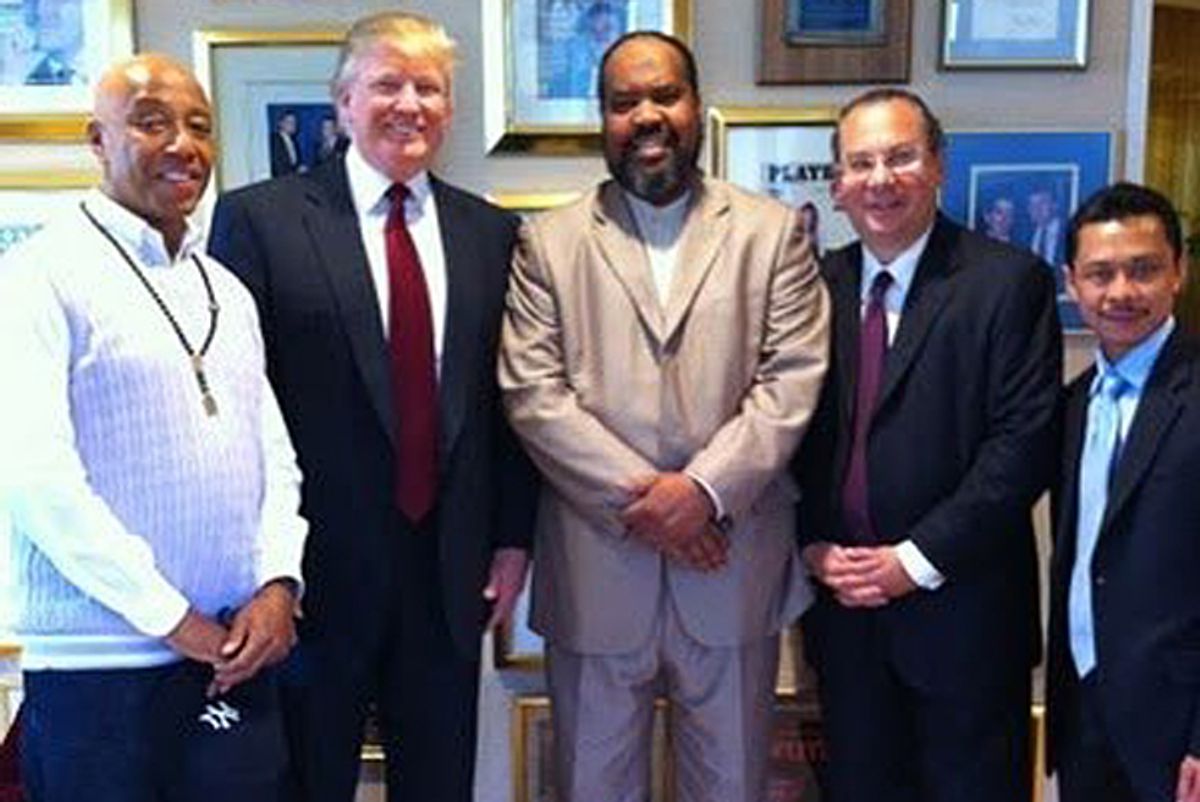 Russell Simmons and Rabbi Marc Schneier, along with Imam Shamsi Ali and Imam Mohammed Magid (President of the Islamic Society of North America), meet with Donald Trump at his office.
--

The hip-hop mogul Russell Simmons, along with a rabbi and a pair of imams, met privately with Donald Trump yesterday to discuss anti-Muslim bigotry and the importance of tolerance, even discussing the possibility that Trump pay a visit to a large New York City mosque.

Simmons, who is chairman of the Foundation for Ethnic Understanding, told me that Rabbi Marc Schneier, president of the group, sought the meeting after being alarmed by a Bill O'Reilly interview with Trump that focused on what the two of them referred to as the "Muslim problem."

"We talked about the hate crimes against the Muslim community in America," said Simmons, a longtime Trump friend. "Donald was very, very enlightened by learning about the work that's being done by the Jewish and Muslim communities to promote tolerance."

According to Simmons' account of the meeting, Trump denied having used the term "Muslim problem" in the interview with O'Reilly (in fact, he did use the phrase, twice -- transcript here). But the conversation did not dwell on the particulars of Trump's rhetoric. Simmons, for example, proposed that Trump pay a visit to the largest mosque in New York, the Islamic Cultural Center on 96th St. The leader of that mosque, Imam Shamsi Ali, was also at the meeting. (I've asked Trump's spokesman if he has plans to visit the mosque, and I'll update this post if I hear back.)

Simmons told me that Trump's racially inflammatory rhetoric did not come up, but that he had talked about the matter personally with Trump.

"I don't think those statements are racist, but they inspire people who are racist," said Simmons, who, in a blog post about Trump last week wrote he was "disappointed."

"Donald got in the race, it was a very good branding exercise, and he was in a little bit too long," Simmons said. "It went a little stale."