Thousands have been detained in the past two months by security forces, including about 9,000 still in custody 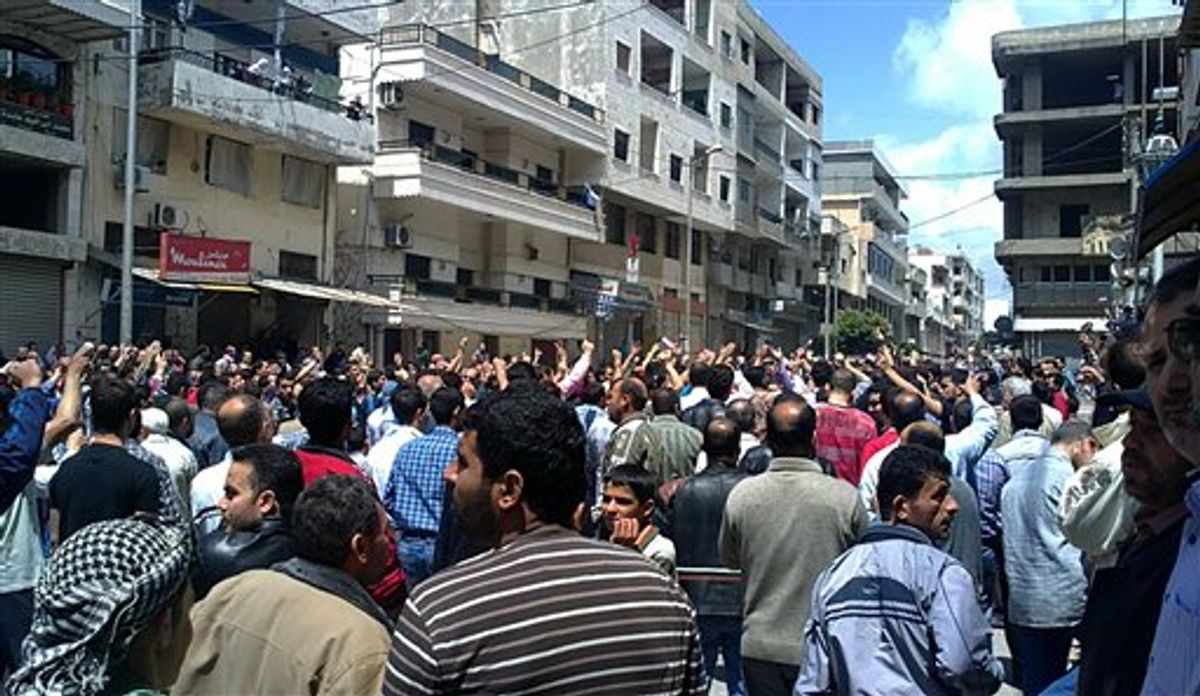 In this citizen journalism image made on a mobile phone and acquired by the AP, Syrian anti-government protesters shout slogans as they gather in the coastal town of Banias, Syria, Friday, May 6, 2011. Syrian security forces opened fire on protesters Friday, killing at least 16 people as thousands joined demonstrations across the country calling for an end to President Bashar Assad's regime, witnesses and activists said. (AP Photo) (AP)
--

A Syrian human rights group says 757 civilians have been killed in Syria since an uprising against President Bashar Assad's regime began in mid-March.

Ammar Qurabi, who heads the National Organization for Human Rights in Syria, says the group has lists of names, age, cause of death and the area where those people were killed.

Qurabi added that thousands of people have been detained in the past two months, including about 9,000 still in custody.

He spoke to The Associated Press on Tuesday as Syrian forces conducted operations in several hot spots throughout the country.

Assad has dispatched troops and tanks to many areas to crush the seven-week uprising that poses the most serious challenge to his family's 40-year rule.