I fell for an Internet ploy and embarrassed myself to 900 people. But then, something amazing happened 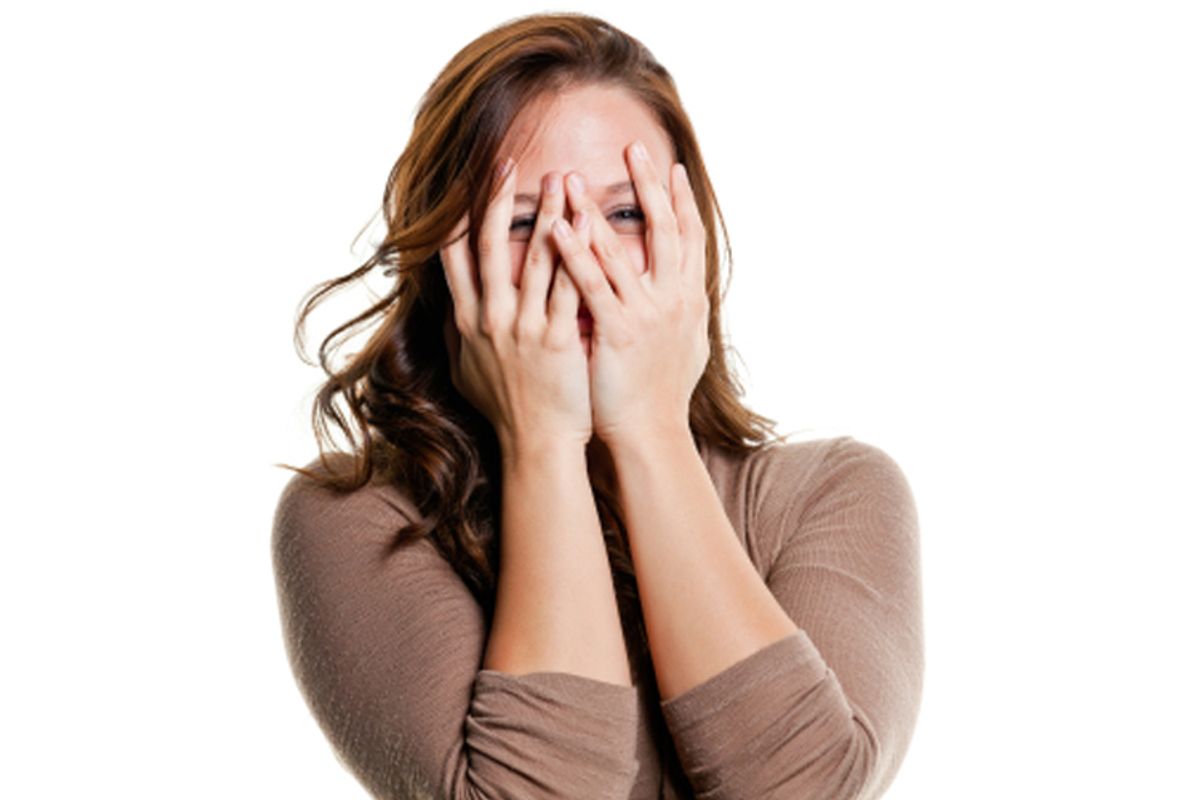 It began with a simple email: "So-and-so bought you a free movie ticket redeemable at 200 theaters!"

I like to think I'm skeptical of email scams, but this one took me by surprise. As it turned out, so-and-so kind of owed me a movie ticket. I'd done her a favor earlier that month. So on that particular day, at that particular time, I didn't raise one eyebrow when I saw the email. I didn't sniff a fraud or send her a message to clarify. What I thought was: Good.

It had only recently struck me that email scams were getting craftier. After years of laugh-out-loud Nigerian hoaxes, chockablock with mangled grammar and outrageous pleas for the secret prince's survival -- hoaxes that only poor, good-hearted old people would ever fall for, at least according to the John Stossel report I watched -- it seemed that scams were becoming harder to suss out. After all, we were moving faster, with less concentration, through more mediums than ever before. The mea culpas from vague acquaintances -- "Sorry, everyone, please ignore that email" -- were becoming a regular fixture of my in box. When two whip-smart co-workers fell for a Facebook scam that promised to show you how you ranked among your friends, well, I knew that could have been me.

In fact, I was still unsettled by an email hoax that ensnared me months earlier. The message arrived one morning from a friend who claimed to be traveling in London. "I'm writing this with tears in my eyes," it began, and went on to describe every traveler's worst nightmare: being mugged in a park, unable to pay the hotel bills. It sounded phony, but it had an almost touching attention to post-traumatic dialogue. "I'm freaked out at the moment!!" the email ended. Well, who wouldn't be?

Surely it was fake. It had to be fake. But sitting there in my office, thousands of miles away, I felt torn between wanting to be a savvy Net user and wanting to be a decent human being. Was there a chance it was true? And if so, how would I feel later, knowing I had just clicked delete? I decided to call her, but despite having worked extensively with this woman, having met her for drinks once in my neighborhood, I didn't have her phone number. This silly little email address was my one and only road to her. Eventually I hit reply: "Hey, I don't think this is you -- but if it's you, what on earth is going on?"

(What a hopeless philosophical conundrum: "I don't think this is you. But if it is you, is what you're telling me true?")

"Glad you replied back," came the fast response. "All I need now is just $2,350 you can have it wired to my name via Western Union i'll have to show my passport as ID to pick it up here and i promise to pay you back as soon as I get back home ... Let me know if you are heading to the WU outlet now???"

OK: This was an obvious scam.

And yet, the exchange haunted me. I couldn't shake the fear that something had happened to my friend. These grammar-challenged assholes had her email -- did they have her, too? I know that's not how email works, but I couldn't stop imagining her strapped to a chair in a musty backroom, duct tape over her mouth. At other times, I would wonder if she had a drug problem -- crack? heroin? -- and was shacked up in some seedy motel on a bender, emailing everyone she'd ever met for money. The lingering anxiety stayed for days, weeks. I felt that if something happened to her, I would be responsible. Her email had implicated me in this drama. Not only was her safety in jeopardy; so was my karma.

OK, so now that I think about it, maybe I'm not all that skeptical about email scams. In fact, I'm actually a bit suggestible, which is a terrible, terrible quality to have when it comes to the Internet. I want to believe. I want to believe that you -- person from high school I haven't spoken to in 15 years -- are dying for me to click on this link to see all your cool photos on facebook LOL. I want to believe the colleague I worked with 10 years ago really would send me a note about this amazing app he just discovered TRY IT YOU WILL LOVE IT. (Aww, for me? That's sweet.) And apparently, when I get an email that says, ""So-and-so bought you a free movie ticket redeemable at 200 theaters!" I don't stop to think, "Huh, that wording sure does sound promotional." Or, "Why is it only good for $10? That's less than the cost of a movie in New York." Instead what I think is: It's about time. So-and-so owed me a free movie ticket and, voilà, it arrived.

It took me months to redeem it. (To "redeem it.") Such was my faith in this free movie ticket that I would think of it fondly on Saturdays as I ran errands, wondering if I should try to sneak in a film. I've got that free ticket. But life was stressful and time-crunched.

Then, this Saturday, I resolved to do just that. I pulled up the old email, went to the site, and clicked around with mounting frustration. I sighed when a pop-up asked me to type in my gmail address and password ("Why would they need that?" I wondered, but plowed ahead anyway).

Unable to find any information on my free movie, I gave up. Never mind, I thought. I'll buy my own ticket.

By the time I closed the window, I had five new messages in my email, all of them out-of-office replies.

Subject line: OUT OF OFFICE, re: Sarah Hepola has bought you a free movie ticket redeemable at 200 theaters!

Dammit. I'd been scammed.

It's a humbling thing to put a tiny little pill of poison into the in box of everyone with whom you regularly correspond. Afterward you feel … embarrassed? Ashamed? Exposed? I was worse than uncool. I had been gullible. But I would eventually discover that wasn't the worst of it. This wasn't even a phishing scam -- it was just a coupon site's aggressive Internet marketing gone wrong. One of the screens I impatiently clicked through asked if I wanted to send out a promotional notice to everyone on my contact list. I had inadvertently agreed to do just that -- which made my story less "The Internet is evil" and more "I am an idiot."

Eventually, I decided the only responsible thing to do was to email an explanation to everyone. Wading through my contact list was an intimidating task: 900 people. (Nine hundred people? How did I even know 900 people?) Just scrolling through the list made my hands clammy: writers I admired, professional contacts, friends I'd been meaning to get back in touch with for years. (Hey, sorry I forgot that baby shower gift, but look! A movie ticket redeemable at more than 200 theaters!) The public embarrassment was more excruciating for its away-from-view quality. I imagined my ex-boyfriend shaking his head when he saw the email: Well, I'm glad I broke up with her. What a dupe.

At this point, I know some of you must be thinking I was overreacting. Let me clarify: I was totally overreacting. But it's just so humbling to cop to an email scam. It's worse than thinking Joaquin Phoenix's documentary was authentic, or buying that media story from earlier this year that the zodiac signs had all changed (guilty). There are a million disingenuous pieces of information zipping about at any time, and it's forgivable to trip and believe a news story is real when it isn't, to believe a writer when he is fudging the truth. But when you fall for some marketing ploy, you're not just bringing embarrassment on yourself; you're bringing everyone else down with you. All those 900 people who agreed to the unspoken social contract of being your Facebook friend, of writing you at your personal address -- they've been dragged into this, too, because you did not look both ways before you clicked the link.

The episode also touched a nerve because I have been grappling with technological ignorance for some time. At 36, I was feeling left behind by interns whose brains ran like a Twitter feed, who used their smartphones like an extra limb. Despite working for an Internet company, despite being a capable single woman who could comfortably wield a power tool, I sometimes sat helplessly tapping at my iPhone like a chicken frantically trying to peck its way out, and it was not uncommon for my 27-year-old colleague and best work friend to look at me with exaggerated mock disdain: "What are you, my mother?"

But as I was cobbling together my red-faced response to 900 people that night, something kind of amazing happened. Something I didn't expect. An email from my favorite high school English teacher popped up in my in box.

"Is this legit?" the subject line read.

I think my heart actually skipped a beat when I saw her name. I'd emailed her years ago -- five, perhaps? -- after another sleight of the Internet had helped our paths intersect. She was dubious of the offer that had arrived that afternoon, but she thought she'd ask anyway. It was wonderful to hear from her. It was always wonderful to hear from her, but the timing was perfect. I had just undergone some major shifts in my life that needed to be shared with a wise and favorite former English teacher. I know it was all just chance, I know it was random and weird and chaotic -- but on this particular day, at this particular time, it felt a little bit like magic.

Eventually, I did send out that walk-of-shame email to my contact list. "Sadly, I did not buy you a free movie ticket," it began. "I wish I had -- but I didn't."

Emails started pouring in almost immediately. Laugh-out-loud jokes from clever friends, sympathetic "don't-sweat-it" messages. I did not go to a movie that night. Instead, I caught up with dozens of people I hadn't talked to in years, making arrangements to see some of them soon.

I spent that evening alone -- but it sure didn't feel that way.