Anti-sharia measure under attack in the courts 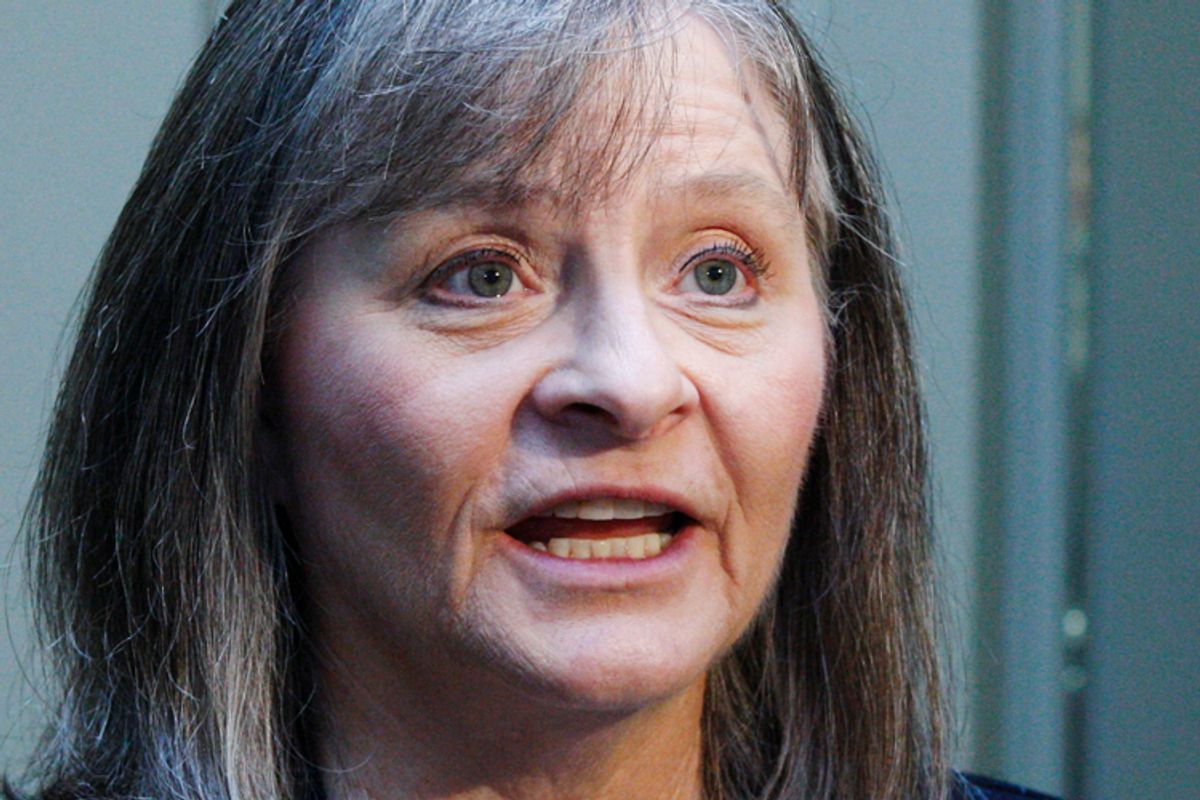 Oklahoma state Rep. Sally Kern, R-Oklahoma City, speaks with the media in Oklahoma City, Monday, April 11, 2011. Kern says the bill is needed to place into statute the provisions of a state ballot question approved by Oklahoma voters in November that bans the use of Sharia, or Islamic, law. (AP Photo/Sue Ogrocki) (Sue Ogrocki)
--

The first anti-sharia law to pass in the nation, a ballot measure in Oklahoma that bars courts from considering Islamic law, creates "harmful, real-world consequences" and "tramples the free exercise rights of a disfavored minority faith," the American Civil Liberties Union charges in a new brief challenging the law.

When it was approved by voters last November, the Oklahoma "Save our State" amendment helped set off a wave of anti-sharia initiatives around the country. But less attention has been paid to the subsequent legal battle, which, so far, opponents of the measure appear to be winning.

Last year a federal district court blocked implementation of the measure. The state then appealed to the 10th U.S. Circuit Court of Appeals, the venue in which the ACLU filed its brief today.

The brief argues that the plaintiff in the case, a local Muslim leader named Muneer Awad, would suffer real injury from the anti-sharia measure, known as SQ755:

Under SQ755, Mr. Awad’s last will and testament, which was properly executed in accordance with the laws of Oklahoma, will likely be rendered unenforceable in whole or in part because it incorporates instructions based on his Islamic faith. This injury alone is sufficient to confer standing for Mr. Awad’s Free Exercise and Establishment Clause claims.

Mr. Awad’s Establishment Clause claim is also supported by another harm suffered as a result of SQ755: injury attendant to official governmental condemnation of his faith, rendering him an outsider in his own political community.

The brief also takes aim at the "Save our State" amendment's ban on consideration of international law in state courts:

This development could have a number of troubling, real-world implications for Oklahoma citizens. For instance, in the area of family law, Oklahoma presently gives full effect and recognition to foreign adoption decrees “issued by a court or other governmental authority with appropriate jurisdiction in a foreign country.” ...

Similarly, Oklahoma courts would be unable to determine if a lawful foreign marriage existed in cases where an Oklahoma couple were married outside the U.S. and sought to have their marriage legally recognized in Oklahoma.

If more of these anti-sharia laws pass in various states, one wonders if they will simply be struck down one after another by the courts.

Here is the full brief: