It cost the U.S. at least $3 trillion to find a poorly guarded man camping out with his VCR in Abbottabad 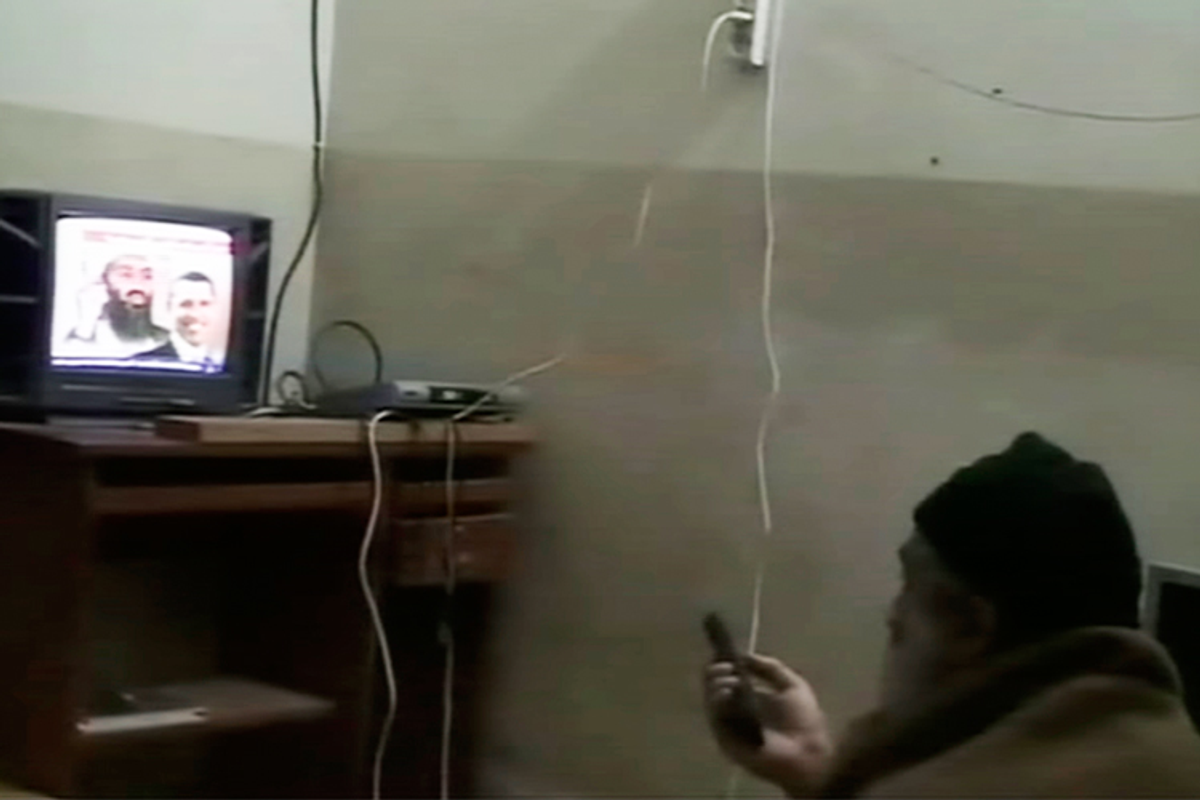 Though his modern-day conversion into a snarling, blood-lusting Terminator certainly suggests otherwise, Dick Cheney was once an actual human being with a real live pulse and, more important, a functioning brain -- one that could appreciate nuance and process more than a cyborg's single "kill with extreme prejudice" program. We know this because right after the end of the Cold War, Cheney did something only a human could do: Rather than trying to further build up American Skynet for an exercise in an imperial campaign of skull-crushing, he spearheaded a pragmatic effort to slash defense spending in the name of both pursuing a domestic peacetime dividend and limiting rampant Pentagon waste.

Cheney, in other words, only became a T-1000 killer when he assumed the vice president's office (and today, out of power, he's been diminished into a decrepit warmongering version of Vicki from "Small Wonder"). But his earlier human years created an enduring and constructive precedent that President Obama (thankfully!) seems intent on following -- the precedent of trying to reduce the defense budget after stated military goals have been achieved.

Of course, the difference between Cheney's heyday and today is that last week's tactical victory in Pakistan hasn't guaranteed peace and hasn't created the political capital requisite for a stand-down order à la the fall of the Berlin Wall. Instead, the mission has unfortunately amped up the politics of permanent war. However, in a paradoxical twist, it has also inadvertently shown that we shouldn't need to devote nearly as many resources to the fight against terrorism.

To understand this bizarre dynamic, consider two things -- one, a set of numbers, another a simple photograph.

The set of numbers comes from a new National Journal analysis of the overall cost of killing what the magazine calls "the most expensive public enemy in American history" -- Osama bin Laden:

By conservative estimates, bin Laden cost the United States at least $3 trillion over the past 15 years ... The price of the war-fighting and security responses to bin Laden account for more than 15 percent of the national debt incurred in the last decade.

National Journal goes on to note that the $3 trillion spent on bin Laden is only slightly less than the amount the United States spent on all of World War II -- a conflict that involved massive nation-state armies, navies and air forces waging war across the entire planet.

Now, with all those astronomical numbers blowing your mind, behold this photo that the Pentagon is holding up as cause for victorious celebration: No, that's not a laid-off steelworker wrapped in blankets and freezing his ass off in the Motel 6 near the Toledo airport. No, it's not the picture of a college kid in his crappy dorm room surrounded by secondhand furniture from the local salvage. That's bin Laden -- the Mastermind -- lazily lounging around "in garbage-strewn squalor," as the New York Daily News reports. There he is, cheerily enjoying footage of himself on what looks like a 1986 Zenith as the entire national security apparatus of the most powerful nation on earth mortgages America's financial future to find him.

The point here is not to suggest that bin Laden shouldn't have been aggressively pursued, or to imply that the Navy SEALs who ultimately neutralized him aren't heroes. But it is to say that the numbers next to the photo make the al-Qaida leader the new poster boy for defense budget waste. Simply put, if it cost $4.4 trillion to fight a two-front World War II against the biggest, best-armed militaries in contemporary human history, then it shouldn't require nearly as much to find a single poorly guarded guy and his VCR in an Abbottabad Motel 6. In that sense, the $3 trillion price tag for bin Laden makes the photo of him in his compound the Pentagon's latest version of an $1,800 toilet cover.

Remember, that Pentagon toilet cover -- along with its $641 urinals and $9,000 wrenches -- became the iconography of military profligacy that helped pre-Terminator Cheney make his earnest case for spending cuts in the late 1980s and early 1990s. The bin Laden photo should be the same today -- not an image that causes America to proudly celebrate or feel the orgasmic tingles of schadenfreude, but an image that prompts America to experience a twinge of humiliation over the fact that a single pathetic guy was able to drain our national treasury from the uncomfortable confines of a shitty fleabag in Pakistan.

Though the Obama administration is not citing that humiliation in its much-needed arguments for Pentagon belt tightening, the visual of bin Laden in his compound will inevitably compel a nation facing painful domestic budget cuts to wonder why it took so much money to find the al-Qaida leader and whether it is prudent to now devote another $3 trillion to finding the next Bad Guy who takes his place. It's an important line of inquiry -- one that Military-Industrial Complex Republicans are desperate to avoid.

Already, Armed Services Committee Rep. Howard "Buck" McKeon has started a public campaign to protect defense contractor profits (and campaign contributions), telling lawmakers that they have to keep defense money flowing because "the defense industry cannot be turned on and off like a light switch." Meanwhile, according to the Des Moines Register, presidential candidate Tim Pawlenty just told Iowa primary voters that he would oppose cuts to the defense budget, and may even support ongoing "increases at the rate of inflation."

But with recent polls showing Americans skeptical of unbridled defense spending, and as the deficit becomes a major issue in the 2012 presidential race, the query on voters minds will be simple: Shouldn't we be able to successfully hunt down future terrorists for a whole lot less?

The bin Laden photo may be worth a thousand words and $3 trillion, but its answer to that forward-looking question is just one priceless syllable: yes.