The president's approval rating soars after the bin Laden raid. But it won't stay there if he can't improve the job 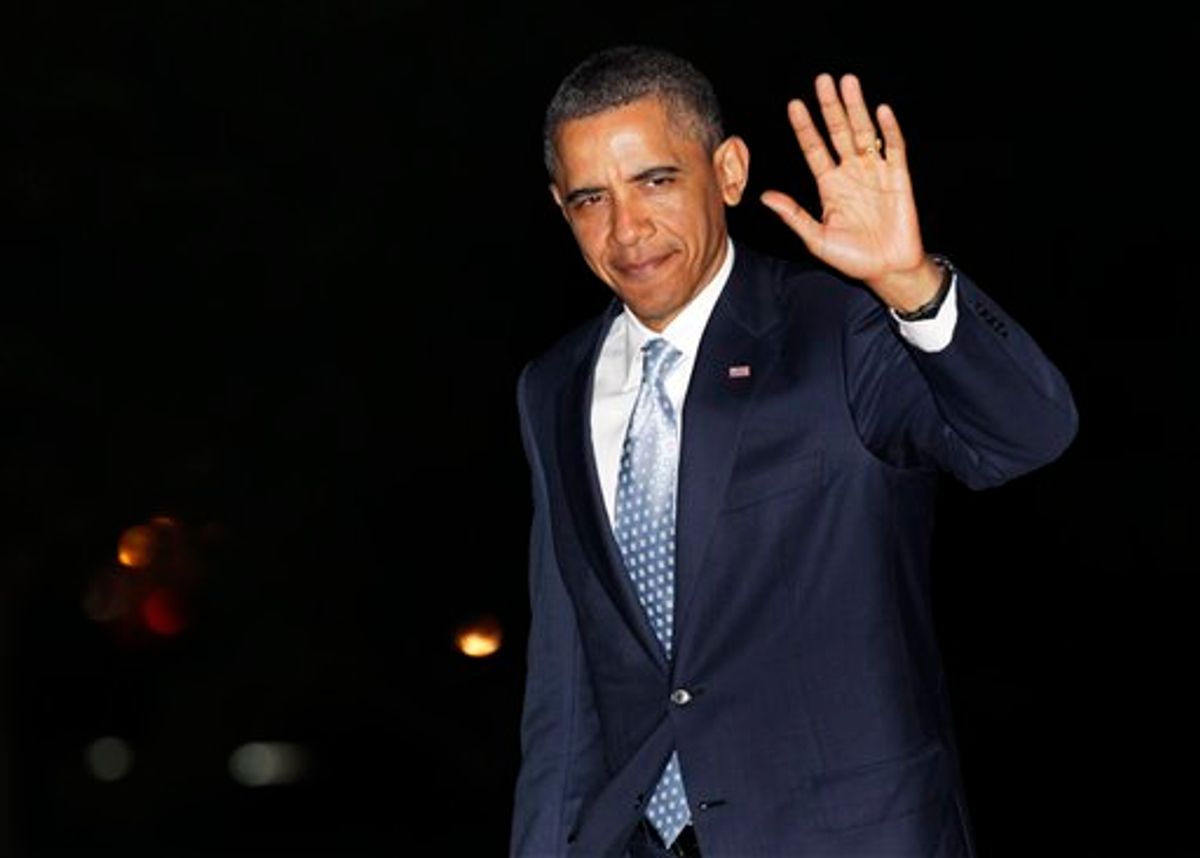 President Barack Obama waves to media as he walks from Marine One to the White House, Wednesday, May 11, 2011, in Washington, as he travels from Texas. (AP Photo/Carolyn Kaster) (AP)
--

The latest Associated Press poll has a big post-bin Laden bounce for President Obama: His approval rating is at 60 percent, the highest in two years, and more than half of those polled said he deserves to be reelected. Nearly three-fourths — 73 percent — also now say they are confident that Obama can effectively handle terrorist threats. Can Sunday show bookers please take Dick and Liz Cheney out of their contact list for a while?

The poll has all kinds of good news for the president. Independents have swung back to him. And even though unemployment is still unacceptably high, at 9 percent, 52 percent of Americans approve of the way he's handling the economy, including unemployment. OK, that part makes no sense.  Never underestimate the power of a successful Navy SEAL team raid on a president's popularity. More than just popularity, though, the poll seems to show that the successful bin Laden operation made people feel the president is more competent and reliable overall.

That's great news, since this president is competent and reliable, despite a gutter-level GOP campaign to make him seem otherwise, ranging from birther nonsense to Cheney's repeated assertions that he won't protect the country. But Obama's also smart enough to know that the glow of a successful military operation fades quickly – just ask one-term President George H.W. Bush, who seemed unbeatable after he "won" the first Gulf War.

The truth is, the president's popularity will plummet again if he can't bring down unemployment. And while the same poll showed a majority of Americans approve of his policy in Afghanistan, a Gallup poll showed that 59 percent of Americans think it's time to bring troops home. As I said last night, it would be great to use that $10 billion a month we're spending there to rebuild our own economy.

On MSNBC's "Hardball" Tuesday night we ran through the ridiculous statements Cheney and President Bush made about Obama, bin Laden and the president's overall ability to keep the country safe. (There was a bonus clip of John McCain trashing his "inexperienced" rival during the 2008 campaign.) Maybe the American people are seeing through the long GOP campaign to undermine the president.