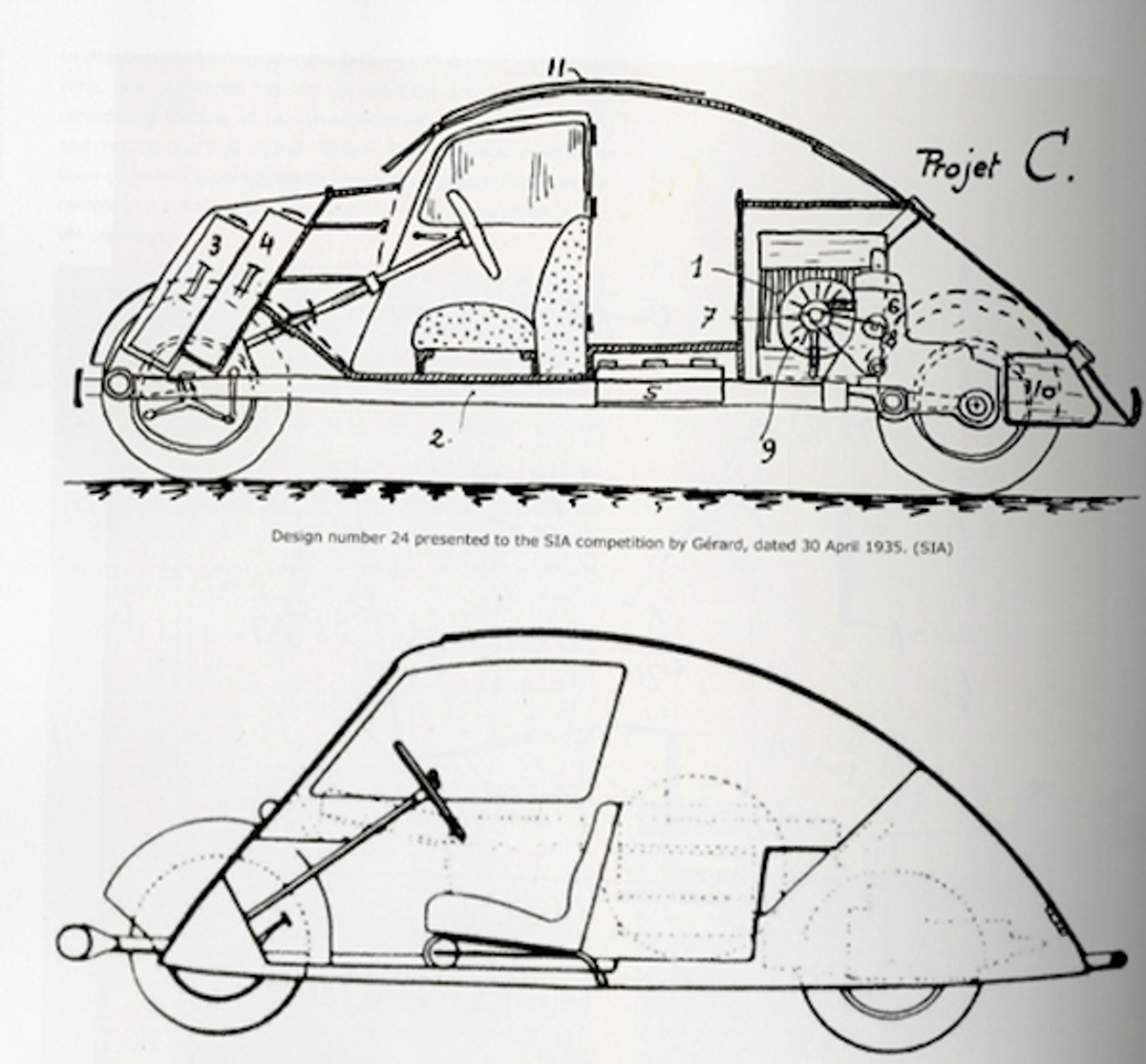 Do you think the Smart Car is so smart? Think again. It is one in a long line of minimalist vehicles. A new book, "Voiture Minimum: Le Corbusier and the Automobile," explores the famed "less is more" modern architect's involvement with the automobile, designing in 1936 "a minimalist vehicle for maximum functionality." Take that, Ferdinand Porsche and your Nazi Beetle!!

Le Corbusier was not only an architect, he was a car enthusiast, who owned a Voisin that he used as a symbol of modernity. "In the '20s and '30s Le Corbusier was totally obsessed with automobiles," says author Antonio Amado. "He knew all the new models perfectly, visited car exhibitions regularly, read car magazines and knew all the vanguard trends and revolutionary concepts being applied to cars, such as aerodynamics."

In 1935, France's Société des Ingénieurs de l'Automobile opened a major competition, calling for proposals for a practical and economical car to cost no more than 8,000 francs. Of course, it had to be small. Le Corbusier and his business partner Pierre Jeanneret submitted drawings for the Voiture Minimum. It was dismissed at the time as an architect's dabbling. It has, writes Farah Alkhalisi in London's the Telegraph, "since been hailed as the forgotten people's car, a key influence on the Volkswagen Beetle, Citroën 2CV and suchlike."

While the book could use a little better typography (someone had their finger on the type-shadow button), the images, particularly the sketches, are worth the price. And an introductory section on other architects who designed cars is of interest too.

All images are credited the book "Voiture Minimum: Le Corbusier and the Automobile" (MIT Press), by Antonio Amado, translated to English by Barbara E Duffus.