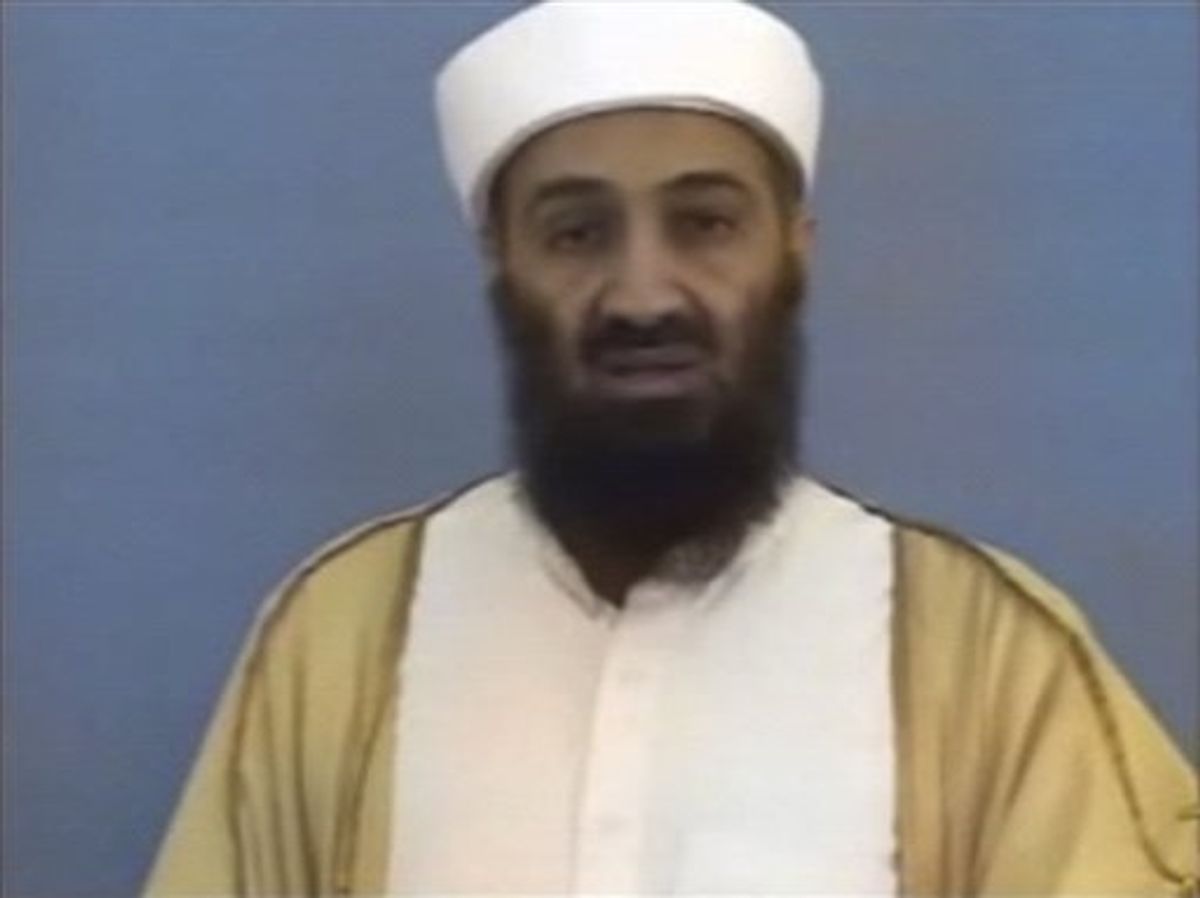 In this undated image taken from video provided by the U.S. Department of Defense, Osama bin Laden is shown in a new video released on Saturday, May 7, 2011. Newly released videos show Osama bin Laden watching himself on television and rehearsing for terrorist videos, revealing that even from the walled confines of his Pakistani hideout, he remained a media maestro who was eager to craft his own image for the cameras. (AP Photo/Department of Defense) (AP)
--

U.S. officials say that Osama bin Laden kept a hand-written journal filled with planning ideas and details of operations. The journal was seized in the dramatic US raid.

The journal was part of a huge cache of intelligence that included about 100 flash drives and five computers taken by U.S. Navy SEALs after they swept through the compound in Abbottabad, Pakistan.

The officials spoke on the condition of anonymity because they were not authorized to talk publicly about what was found in bin Laden's hideout.

Bin Laden has long been known to record his thoughts and had been thought to keep a diary. Bin Laden's son, in a memoir, has described his father as recording his thoughts and plans when the family lived in Sudan and Afghanistan.