How Liz Lemon inspired me to quit my job

I hated working at an uptight firm. Then "30 Rock" reminded me of the person I wanted to be 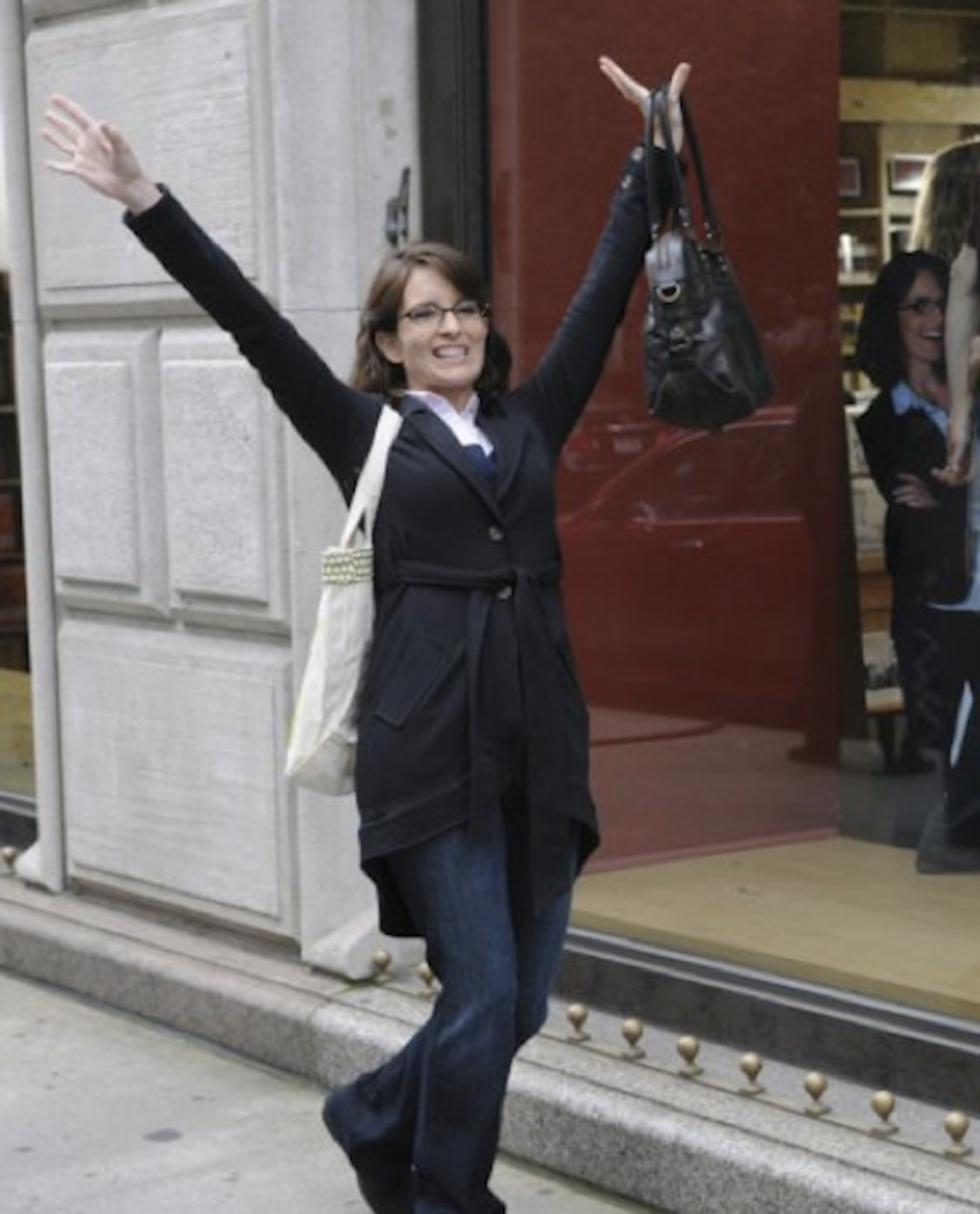 I opened my desk drawer and sneakily pulled out a potato chip, sensing that my hero Liz Lemon would have been proud. I had reached an epiphany. If Liz Lemon could eat cheese, constantly fulfill her sandwich obsession, boss around a group of man-children, and run a show, I sure as hell could eat a chip in the middle of the afternoon. In fact, I didn't have to eat an apple every day at noon because it was "healthy" and good for the image of the company. I didn't have to button every button or wear navy blue blazers every day. I could be surreal and strange like Liz Lemon and Tracy Jordan.

It was 2008 and I had accepted a job at a top accountancy firm straight out of grad school. I didn't take the job in anticipation of sports related team building exercises or club nights with kids five years my junior (they graduate young in England). I just wanted the work permit. I wanted to lose myself in a musical chorus of British accents and have a reason to say things like "loo" and "may I have some spotted dick." I wanted to drink beer at lunchtime without breaking any rules because it was part of the culture, and I wanted to be cultured. I thought I would go to work, complete my projects, high five my colleagues, go out for a beer, then go home to my partner and have a good giggle about my day.

What I did not expect was that I would be told how to dress, how to sit, how to shake hands, how to eat, and how to socialize. Basically, I was told to become someone else, someone stripped of authenticity, stripped of humor. There were no high fives at the end of the day and my partner was lucky to see me crack a smile when I walked through the front door. In fact, I became increasingly miserable, throwing myself on the couch and watching episodes of a program called "Extraordinary People" which detailed the lives of people with two heads, people with five arms, people without facial features -- and I would think "they smile more than I do."

The firm instructed us to button our shirts all the way to the very top, which was hell in the summer. We had to eat fruit at lunch to maintain a healthy image; we were pressured to spend free time with co-workers and to do stuff on the weekends like run marathons and climb hills in Wales. Walking up the steps of my flat was enough of an exercise for me.

I hated my job and started to feel like a tool. â€œDid you buy the new Chanel lipstick?â€ I heard myself say one afternoon and nearly vomited. That night I went home and my partner had downloaded the first few episodes of "30 Rock." I felt that I was starring in my own episode of "Extraordinary People" and had encountered my Siamese twin. In Liz Lemon I saw my true self: the person I was before starting work at the cult-like firm, the person my partner missed, the person my friends used to know. I had not written one joke since starting that job -- previously, I had written humor almost every weekend.

Liz Lemon became my hero. Through cartoon-like interactions with her boss and her team of writers, she proved to be hilarious, endearing, and surreal. She did not tuck in her shirts, usually had stains on her jeans and crumbs on her sweaters. Each time I laughed, I felt myself drift away from the uncomfortable life I had started to lead. At work I once saw a short man from the audit department race towards the coffee machine and immediately thought of the episode where Liz Lemon dates a little person and initially mistakes him for a child. A woman with obvious breast implants once entered the elevator. "That's something Jenna Malone would be jealous of," I chuckled. A guy from the fifth floor once changed into overalls before going out because that's what the hipsters were wearing and I knew that Jack Donaghy would have called him a farmer. One afternoon when no one was looking, I did a spin in the hallway. "Tracy Jordan would think that was magical," I told myself. The characters of "30 Rock" reflected parts of myself that had started to disappear, parts that I felt forced to bury to take on characteristics the firm expected of me. I was starting to find humor again, was starting to laugh at my life, and I looked forward to my daily ritual. My partner and I watched "30 Rock" every night and eventually his nickname for me became "Little Lemon."

Liz Lemon was the woman I had always aspired to be. A woman whose eccentricities, whose warmth, humor, and clumsiness all contributed to her authenticity. I never liked buttoning my collar -- it made my neck itch. I didn't like eating fruit at noon -- it made me nauseated. I didn't enjoy climbing hills with people from work or feeling forced to join them for club nights. The work I was doing was as strict and pre-determined as the lifestyle I was expected to lead. But there was a way out. In the world of "30 Rock," people could be as unapologetically authentic as they pleased. I made an important decision to leave a world that was draining me of my individuality and my humor. I quit. I left the firm and decided to live a life where laughter comes first.Â  I now wear jeans and motorcycle boots on a daily basis and don't have to worry about an itchy neck.Â  I spin everywhere I please, try to make at least three people laugh each day, and can write with renewed energy and focus. I haven't made it to 30 Rock yet, but I'm still trying.

J.L. Sirisuk is a US/UK based writer, educated in New York, Oxford, and Manchester. Sirisuk is a contributing writer on NPR's Berlin Stories radio series and is currently writing a novel of dark humor entitled "The Laughing Kind."