Dan Adler would like you, and the voters of California's 36th, to know that he married to a Korean woman 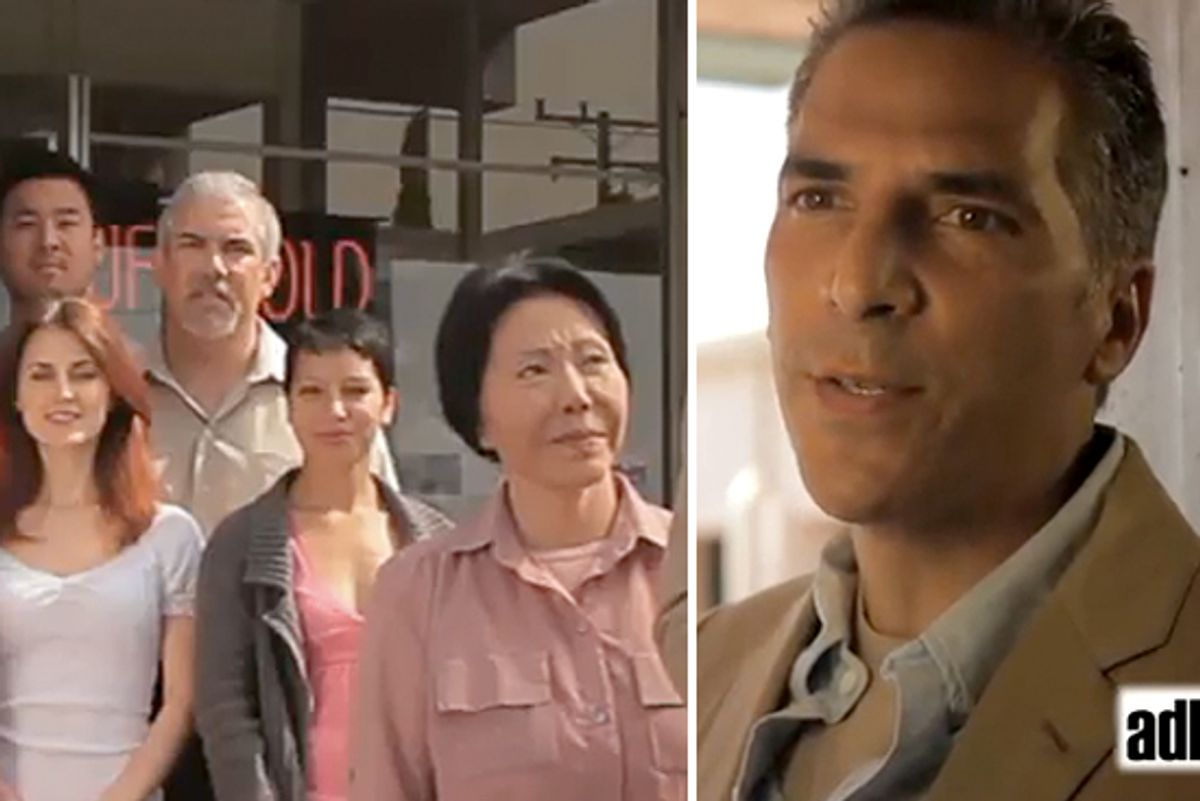 Dan Adler, some sort of former Walt Disney Company executive, is running for the U.S. House seat being vacated by Jane Harman. And he is producing ads that muddy the distinction between intentionally and unintentionally funny, because that's how a candidate gets noticed in this post-Mike Gravel world.

This is the one that has gotten the most attention so far, because it's insane and probably horribly ill-advised!

Here is another Dan Adler joint. In this one, Adler's young son swears at his friends and then dunks on them:

These videos are at least more fun than Adler's long, jargony, unreadable candidate bio. ("He also has spent much of his energy on the issue of how best to forge relationships that leverage advances in technology to serve the needs of the creative community, focusing on howthe emerging marketplace can enrich our lives and our economy." What? Get back to how you and Korean wife will overthrow the white man, or whatever that other thing was about.)

Dan Adler, ladies and gentleman! He will probably not ever be in Congress.