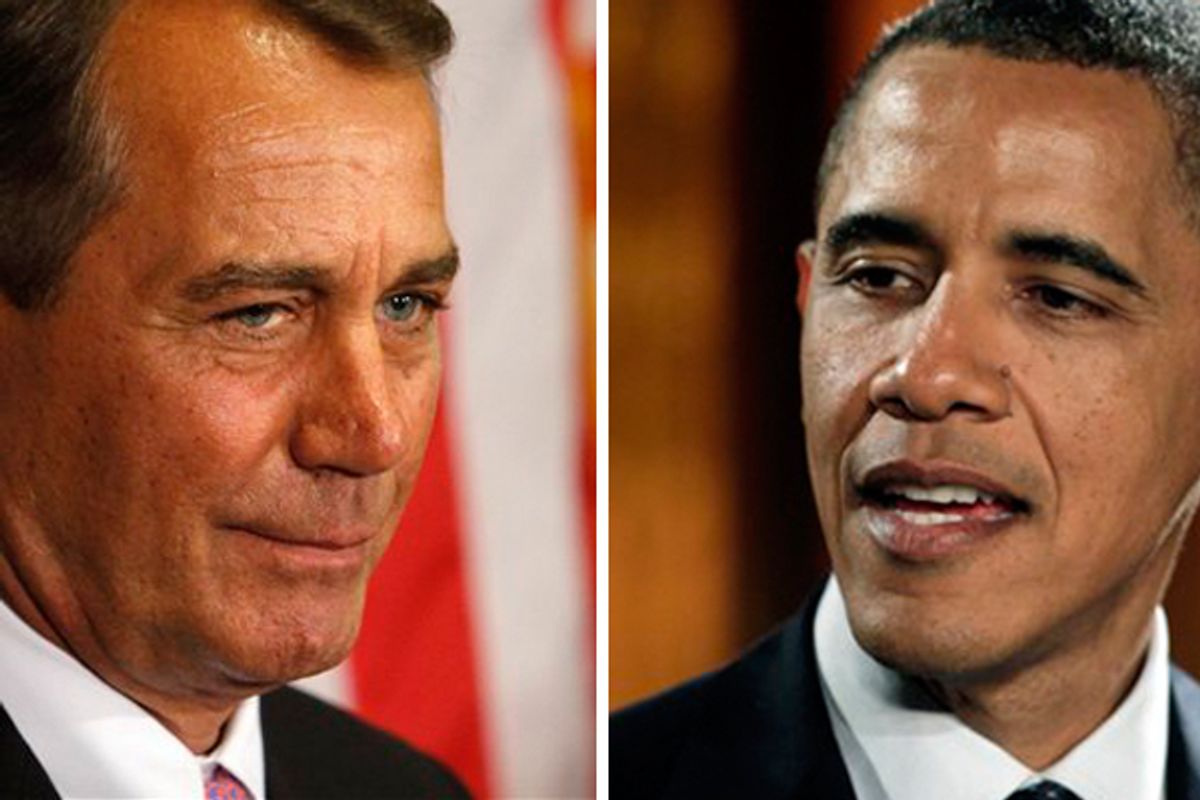 Business Insider's Joe Weisenthal is excitedly pushing a debt ceiling scoop he labels "A Huge Win For The Hard Right." According to Wiesenthal, the Government Accountability Office has "sent a message" to Congress informing it that the Treasury is legally allowed to prioritize interest payments on government bonds over other obligations.

I've written about this before. The basic argument set forth by the White House has been that if the debt ceiling isn't raised, the government will default on its bond obligations, destroy the value of the dollar, and kick off a massive economic crisis. But Republicans contend that the Treasury can pick and choose which debts it pays -- Senator Pat Toomey, R-Pa., has even introduced legislation requiring that the Treasury pay off bond holders first. In support of this argument, the GOP has cited a 1985 GAO opinion declaring "that the secretary of the Treasury does have the authority to choose the order in which to pay obligations of the United States." And now, according to Weisenthal, the GAO has reaffirmed that opinion.

Fine. Maybe the Treasury does have the legal authority to pick and choose which creditor it will stiff. But what's legally possible doesn't necessarily make pragmatic or political sense, and I still don't understand why Republicans would feel that this news constitutes a "huge win."

The Treasury's position is that any failure by the U.S. government to make payments that it owes -- whether to China, a Wall Street investment bank, or an unemployment benefits recipient -- will be regarded by financial markets as default. We won't know if that theory is true until it is tested, but it really doesn't make any difference how investors will react -- because the political implications of prioritizing debt payments to foreign holders of Treasury bonds over domestic spending commitments to the poor, unemployed and elderly will be apocalyptic.

How is this strategy not absolutely suicidal for Republicans? They refuse to raise the debt ceiling, and direct the Treasury to make payments to Wall Street banks and China, while stiffing average American citizens? I can't think of an easier hand of cards for Obama to play: If the GOP wants to take the risk of simultaneously creating market turmoil and enraging voters, let 'em!