The retired Cleveland autoworker convicted on over 28,000 counts of being an accessory to murder at Sobibor 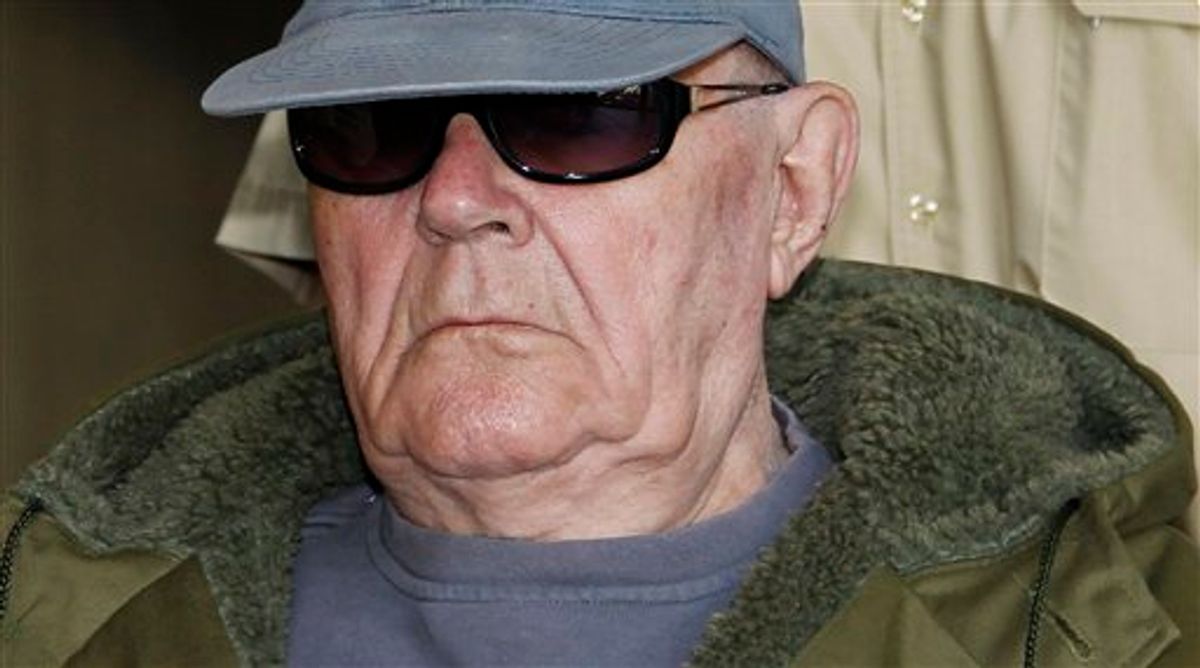 John Demjanjuk arrives at the court building in Munich, southern Germany, on Wednesday, May 11, 2011. Ukrainian-born Demjanjuk, 91, is accused of 28,060 counts of accessory to murder for allegedly serving as a guard in the Nazis' Sobibor death camp. (AP Photo/Matthias Schrader) (AP)
--

For more than thirty years, John Demjanjuk -- the retired Ohio autoworker sentenced to death for crimes against humanity in the 1980s -- has fought nagging Nazi war crime allegations.

Today, a German court declared Demjanjuk (91) guilty on 28,060 counts of acting as an accessory to murder at the Sobibor extermination camp, and sentenced him to five years in prison. For a man who has been fighting similar accusations for decades -- facing, at various points, punishments that ranged from solitary confinement to hanging -- a five-year sentence might not seem very long.

The AP explains the verdict:

Demjanjuk was charged with 28,060 counts of being an accessory to murder, one for each person who died during the time he was accused of being a guard at the Sobibor camp in Nazi-occupied Poland. There was no evidence he committed a specific crime. The prosecution was based on the theory that if Demjanjuk was at the camp, he was a participant in the killing -- the first time such a legal argument has been made in German courts.

Born in the Ukraine, Demjanjuk moved to the U.S. after World War II and became an American citizen; his U.S. citizenship has been twice revoked since. In the 1980s, he was tried in Israel on war crimes charges and found guilty of being "Ivan the Terrible" of Treblinka; the conviction was overturned by the Israeli Supreme Court when evidence linking the infamous extermination camp guard to a different name emerged.

The details of Demjanjuk's case since the late 1970s, when the account of his past that he had provided on his citizenship application was first questioned, are intricate; this BBC profile offers a useful chronological primer.

Over the years since Demjanjuk's case first reached international prominence, it has -- not surprisingly -- attracted attention from political and cultural commentators alike. Pat Buchanan once crusaded for the man he called an "American Dreyfus," explaining in 2008 that he believed the Germans only wanted to bring Demjanjuk to trial so that he might "serve as the sacrificial lamb whose blood washes away the stain of Germany’s sins;" Demjanjuk's Israeli trial also served as the setting for psychological intrigue in Philip Roth's 1993 novel "Operation Shylock: A Confession."