What happened to the "Huxtable Effect"?

After the 2008 election, "The Cosby Show" was credited for transforming attitudes on race. Are we moving backward? 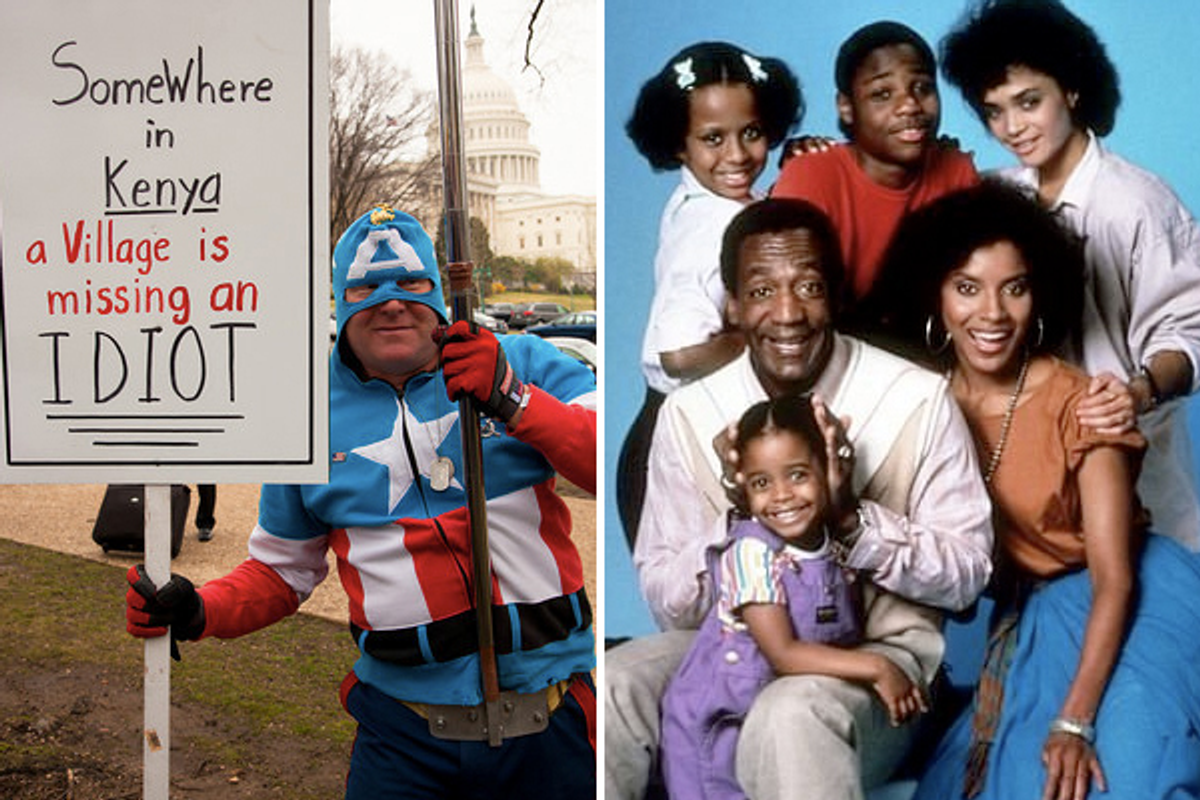 Just a few years ago, the New York Times told us that Barack Obama was the beneficiary of a "Huxtable Effect," thanks to the groundbreaking racial progress that "The Cosby Show" achieved in the 1980s. Now, new data from both politics and pop culture raises the possibility that we're suddenly headed back to the pre-"Cosby Show" days.

Some history: It was only a few decades ago -- and well before anyone had heard of Barack Obama -- that "The Cosby Show's" lovable family was celebrated for "transcending" their race, and in the process the show became the first mostly African-American program to top the ratings charts. As University of Massachusetts researchers found in their extensive audience study of the show, white audiences responded to the program's inherent "bargain" on racial issues. Essentially, the white audience was given a show about African-Americans that didn't regularly challenge that audience to confront issues of racism. In exchange for that so-called colorblind posture, the white audience accepted a black family on prime-time television.

This was, of course, the deliberate construction of "The Cosby Show" by Bill Cosby, who told the Los Angeles Times that he wanted to "leave all of that anger and controversy" about ongoing racism aside, and told USA Today that he believed the mass audience couldn't "take it if we began to lay it out and tell the truth." For this, the show was rewarded with a supportive white audience that was "able to relate to [the Huxtables] as people regardless of their color," as one white respondent told University of Massachusetts researchers.

Sixteen years after "The Cosby Show" went off the air, the Times noted that Obama was similarly billed in Cosby-esque "post-racial" terms, and may have been boosted in 2008 by a so-called "Huxtable Effect," which reminded white voters that many African-Americans public figures are perfectly capable of representing and connecting with people of all races, not just their own. It was Obama standing on the shoulders of Cosby -- or so the oversimplified story went.

This campaign has many iterations and leaders. There was a leading GOP congressman insinuating that the president cares only about black victims of terrorism. There was Rush Limbaugh insisting the president tried to "destroy a white policeman" in defense of a black colleague. There was Glenn Beck asserting that the president "has a deep-seated hatred for white people." Now this week, there is the right's prefabbed outrage over the poet Common, a manufactured controversy that is merely the latest in a long line of guilt-by-association ploys aimed at casting Obama in "black radical" terms. The whole point of all these efforts is to undermine the "post-racial" concept, and not by correctly questioning its vaguely bigoted underpinnings (why should minorities have to "go beyond" who they are to be considered acceptable?), but by opportunistically exploiting latent white fears that minorities care only about their own ethnic group.

The success of this assault can now be seen most obviously in the political arena, where Obama's poll numbers have dipped among white voters, and where the president has been compelled to publicly declare, "I can't pass laws that say I'm just helping black folks" -- as if he were even trying to do such a thing.

Less noticed -- but equally as disturbing -- is the campaign's potentially longer-lasting effect on popular culture. In that arena, a new Indiana University study first reported on by Miller-McCune finds that "white moviegoers seem convinced that films with black stars are not made for them." Essentially, researchers discovered that when confronted with films starring a mostly African-American cast à la "The Cosby Show," many whites now assume they are not part of the "intended audience" for the movie, and therefore stay away. Put another way, just as more white voters are being told that black politicians will only represent the black community, white film audiences are increasingly assuming black-dominated films will only be about African-American culture.

The Indiana University findings are reflected at the box office, where the Hollywood Reporter recently found "a ceiling on the amount of business black-themed movies can achieve." That, says the industry trade magazine, has created a ripple effect, as African-American actors have now "been losing ground" in terms of landing parts. Specifically, "in the early 2000s, blacks played 15 percent of roles in film and TV" but "today, it has fallen to 13 percent."

Sure, this may not represent a white retreat all the way back to a pre-"Cosby Show" mentality. But the dynamic illustrates the symbiosis between politics and pop culture -- and shows that for all the talk of "transcendence" in an allegedly "post-racial" America, the ugly stereotype of African-Americans as so-called race hustlers unfortunately is alive, well -- and gaining cultural traction.