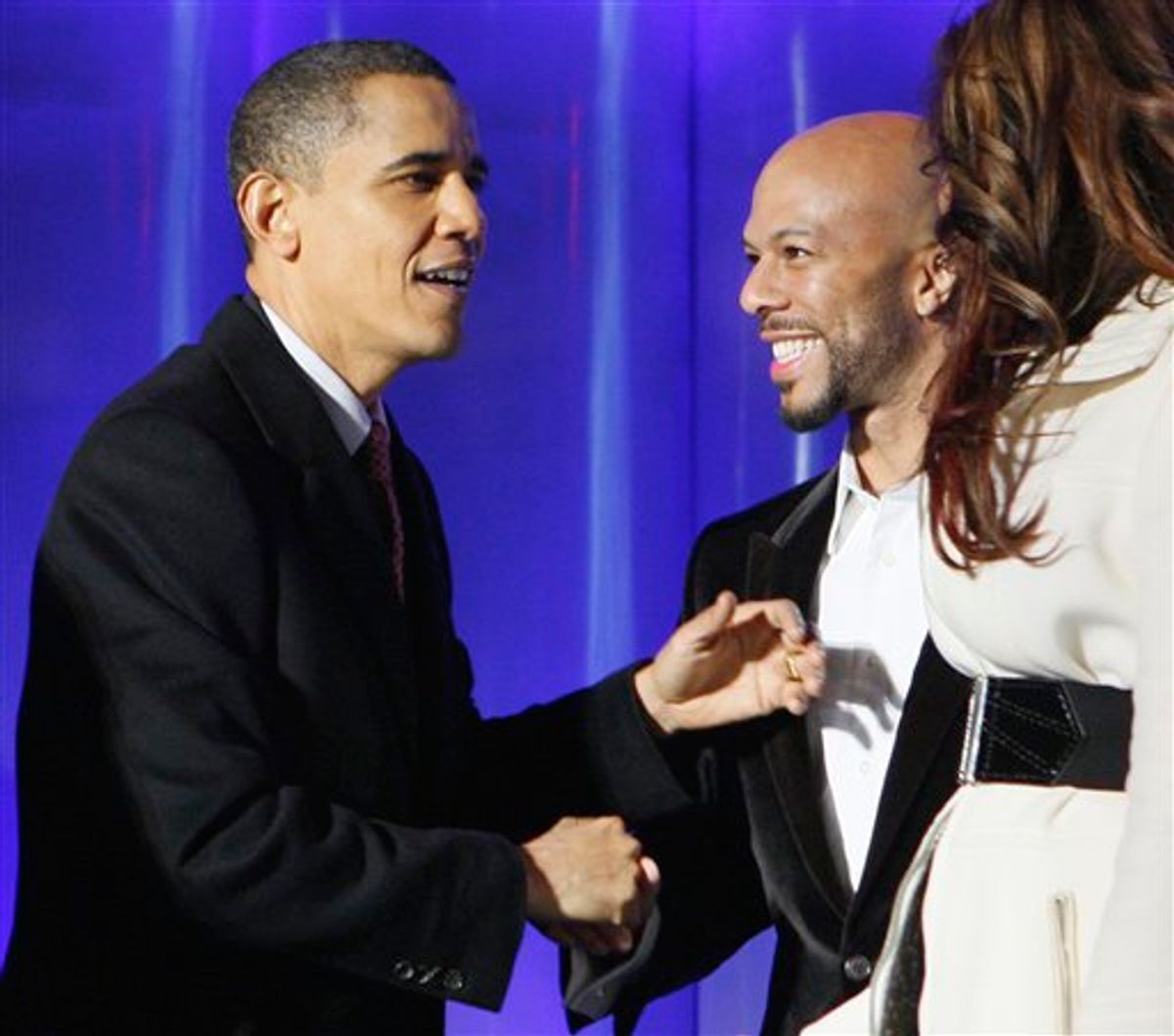 FILE - In this Dec. 3, 2009 file photo, President Barack Obama greets rapper Common at the National Christmas Tree Lighting Ceremony in Washington. Michelle Obama's "evening of poetry" at the White House set off Republican critics before the artists had uttered a word. But it was the inclusion of Common that set off Republicans. Common, who is considered fairly tame as rappers go, is known for rhymes that tend to be socially and politically conscious. (AP Photo/Charles Dharapak, File) (AP)
--

Rapper Common, along with several other artists, performed last night at a poetry reading at the White House. Fox News pundits had jumped on the fact that a number of Common's raps are violent -- one in particular refers to burning a Bush (as in former president George W). However, on his Wednesday show, Jon Stewart was quick to point out that a number of artists lauded by conservative pundits used violent lyrics too -- and that Sean Hannity had even publicly defended Ted Nugent after the musician made aggressive remarks about Hillary Clinton and Barack Obama. Then Stewart delivers his own critique of Fox News in rap form: