Three of the leader's widows were hostile in interviews, overseen by Pakistan's intelligence service 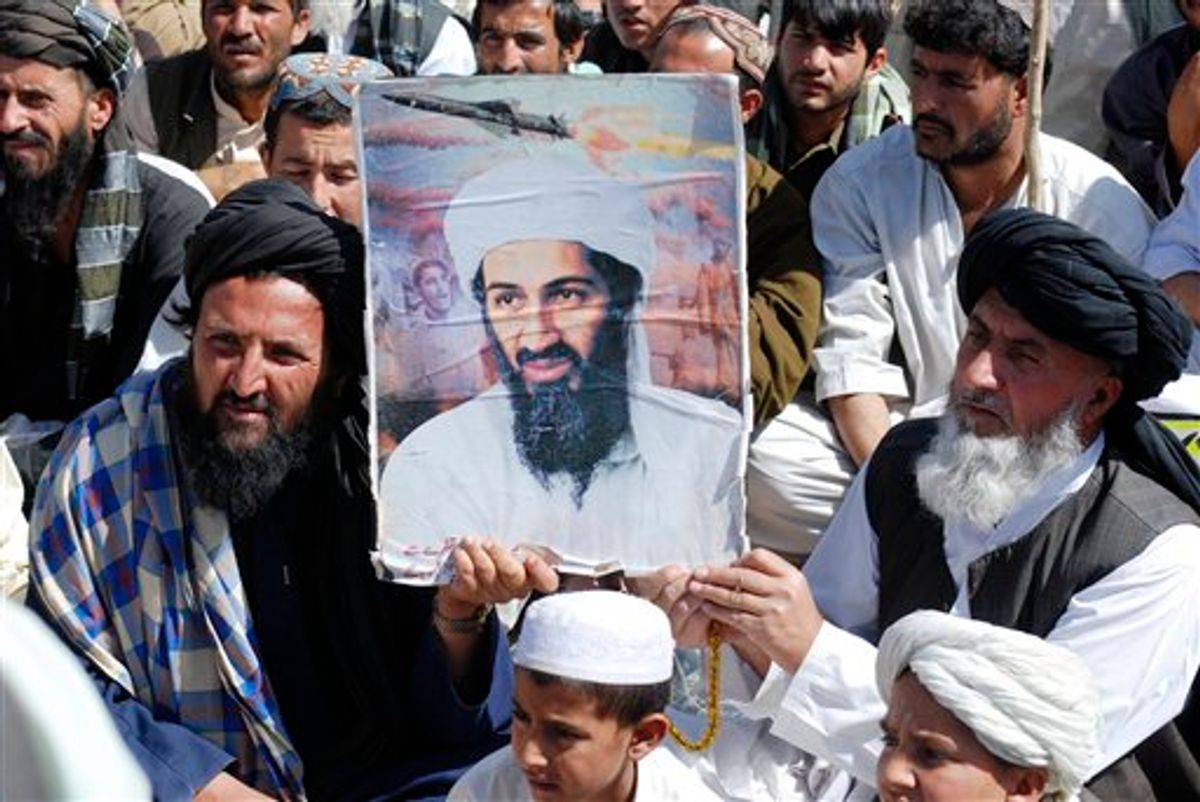 The women -- including the terror leader's youngest wife who was shot in the leg during the raid on his compound -- were reportedly "hostile" to the Americans, whose interrogations were overseen by members of Pakistan's Inter-Service Intelligence (ISI).

Pakistani officials were slow to grant the U.S. access to the women, who are being held in Pakistani custody alongside a number of bin Laden's daughters. As the Guardian notes, the delay in providing access may have been "in part to show displeasure at not being warned about the operation to kill or capture Bin Laden."

However, Pakistan's ambassador to the United States, Hussain Haqqani told CNN that "Pakistani and the United States will continue to share intelligence," (the U.S. administration reportedly did not glean significant information from bin Laden's widows, but is also trying to gain access to materials seized from bin Laden's compound by Pakistani security forces once the American special forces had left).

Although reports emphasize that the oldest of bin Laden's three widows in custody spoke on behalf of the rest, his youngest bride -- shot in the leg -- has been the subject of greater media focus. The AP Friday sketches a fuller picture of 29-year-old Amal al-Sada. Speaking to her family, the AP develops a portrait of a wholly devoted wife (as, indeed, was evidenced when the young woman reportedly the rushed Navy SEALs in her husband's compound).

Al-Sada's father recalls his daughter promising to stay by bin Laden's side, despite warnings of danger. He recounts that she told the terror leader, "I want to be martyred with you and I won't leave as long as you're alive."

"It's true that my life is one of moving between caves in Afghanistan, but despite the bitterness of this life ... I'm comfortable with Osama," al-Sada reportedly told her father.