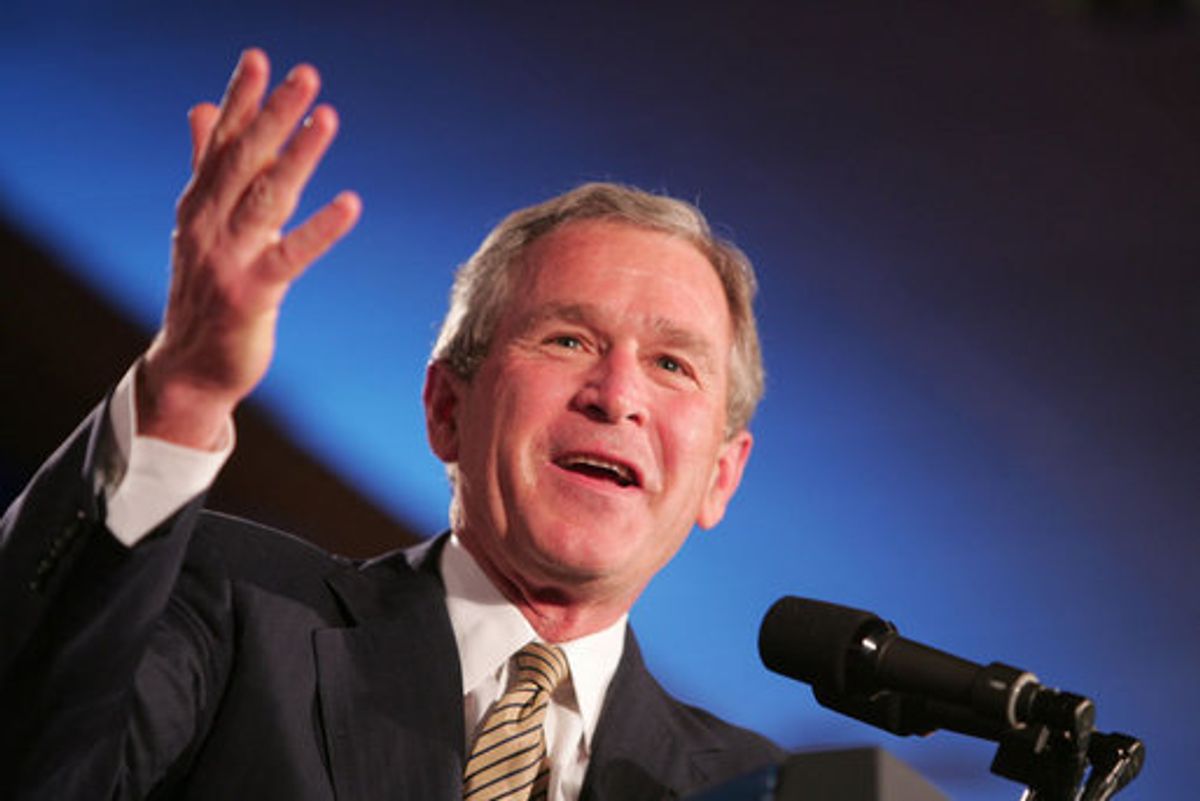 George W. Bush spoke publicly on the death of Osama bin Laden for the first time on Thursday at Las Vegas' Bellagio resort.

The former president, according to ABC News, called bin Laden's death a "great victory in the war on terror" but said he personally was "not overjoyed" when he heard the news, since the pursuit of bin Laden was born from a desire to "exact judgment" -- not "hatred" for the terrorist himself.

The former president told an audience of hedge fund managers that he was "eating soufflé at Rise Restaurant with Laura and two buddies" when President Obama called to tell him the news. Bush left the restaurant and went home to speak with the president, who told him simply: "Osama bin Laden is dead."

Finally, although Bush didn't discuss intelligence-gathering techniques (which have proved something of a thorny issue with commentators this week), he added: "The intelligence services deserve a lot of credit. They built a mosaic of information, piece by piece."

President Obama invited former Presidents Bush and Clinton to appear with him at ground zero several days after bin Laden's death; both declined, citing scheduling conflicts. At the time, the New York Daily News quoted a "highly-placed source" who said:

"[Bush] viewed this as an Obama victory lap. He doesn't feel personally snubbed and appreciates the invitation, but Obama's claiming all the credit and a lot of other people deserve some of it."

In a Facebook note published the night Obama announced news of the Abbottabad raid, Bush wrote:

This momentous achievement marks a victory for America, for people who seek peace around the world, and for all those who lost loved ones on September 11, 2001. The fight against terror goes on, but tonight America has sent an unmistakable message: No matter how long it takes, justice will be done.