My best friend disappeared in Syria

Two weeks ago, Dorothy Parvaz went missing on assignment. It's hell not knowing what's happened to her 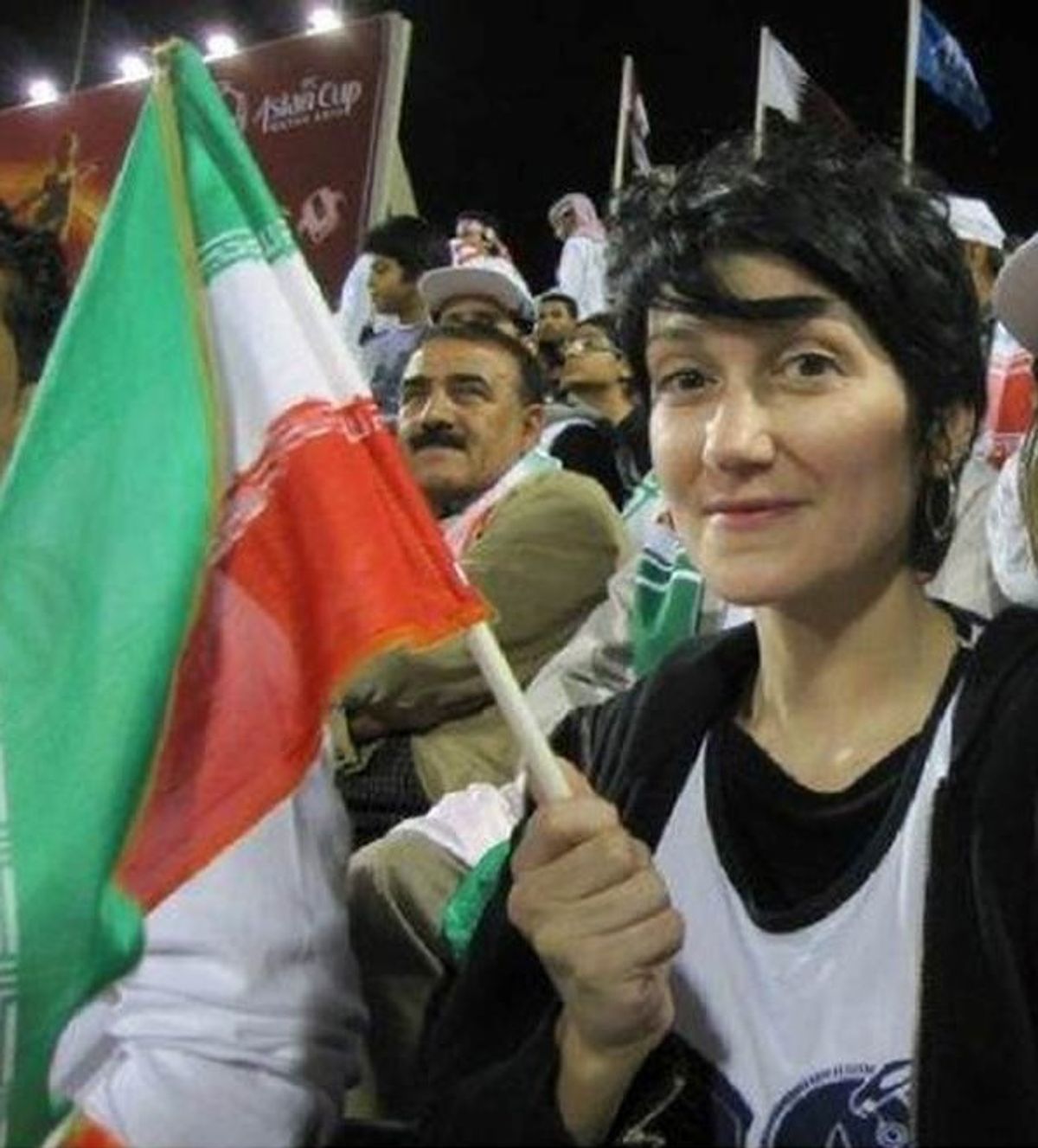 Dorothy and I used to joke that we'd end up in prison together. Like most in jokes between friends, I can't remember exactly how this started. But between her tendency to mouth off at authority figures and my occasional explosions of reckless idiocy, it seemed inevitable. Being taller and heavier than she, protection would naturally be my gig, a comic detail that made our friends laugh. It was akin to making a flabby house cat guard a wolverine.

We often referred to our "prison pact." I'd gush over something Dorothy was wearing, and she would deadpan, "Save it for prison!"

She would profusely thank me for some favor or kindness, and I'd say, "Slow down … I only put out in lockup."

But life has a way of adding terrible punch lines to your jokes. Nearly two weeks ago, Dorothy Parvaz was detained in the Middle East. No one has spoken to her since, and none of us know where she's being held.

A journalist for Al Jazeera English, Dorothy left her current home base in Doha, Qatar, to cover the tumultuous events unfolding in Syria on Friday, April 29. Traveling on her Iranian passport, she disembarked her plane in Damascus -- and disappeared. That weekend, the only people who knew were her immediate family, her employer and her fiancé, Todd.

On Monday, May 2, the world seemed to care about little more than the fact that Osama bin Laden was finally dead. But that was the day I received the phone call that upended my world. It was a reporter from the Seattle Times, and her words cut to the point. "So, Dorothy Parvaz," she began. "She's gone missing. In Syria."

I was walking down a hall at work, and my knees turned to pudding. I leaned against the right wall so as not to alarm anyone and continued the conversation -- my first of many interviews, and probably the hardest.

That Monday, friends and colleagues mounted an email effort to press the Syrian government to reveal her location. A Facebook campaign, the Free Dorothy Parvaz page, was launched to raise awareness in the press as we tried to crack through 24/7 bin Laden coverage. (It now has more than 12,000 likes.) Two days later, according to Al Jazeera, Syrian authorities revealed that they had her in custody.

Odd as it may sound, the news gave us hope. At least we knew that she was alive, that there was a roof over her head and, bizarre as this idea may be, someone was with her. When a friend falls out of contact in a country exploding with chaos, you grasp at any perceived certainty that you can get.

Friends with experience as foreign correspondents speculated she was being kept in a room with a couch, or at least a cot. She was getting food, they guessed, and was probably just bored out of her skull as the embattled Syrian authorities tried to figure out what to do with her. Meanwhile, we waited for more concrete news and, more specifically, for direct contact with her.

Dorothy went into journalism because she views it as a force for good and for justice. Those who are close to Dorothy see her not just as a storyteller, but as an ambassador for perspectives people would not have considered otherwise, as well as a champion for her Persian heritage. She took any opportunity possible to help people understand Iran's beauty and its people's importance to our collective history.

My friend has triple citizenship, having been born in Tehran to an American mother and Iranian father. She relocated to Dubai at the age of 10, living there for nearly four years before moving to Canada in 1985.

Dorothy moved to Seattle in 1999 upon scoring a temp position at the Seattle Times, where I was a features writer. I remember my editor walking her up to my desk, this cool girl jangling with silver jewelry and a warm, sheepish half-grin that begged you to get to know her. She quickly became part of the unofficial newsroom gang of young writers who fondly toured Seattle's grimiest dive bars at night. She proved herself to be as prickly as she is adorable.

Soon she moved on to a full-time position at the Seattle Post-Intelligencer, where her scathing wit and keen insight into popular culture and world affairs netted her a features column. During the final years of the P-I's existence as a newspaper -- it went online-only in 2009, laying off a majority of its staff -- Dorothy was a member of the editorial board, earning a devoted following and the enmity of conservatives

In the months before the P-I went under, Dorothy won a Nieman Foundation Fellowship at Harvard, which, unfortunately, was where she was on the paper's very last day in March. Unemployed, her life already in boxes, Dorothy ventured farther away from Seattle to London, where her fiancé had been sent by his employers. She eventually found another temporary harbor with a fellowship from Wolfson College, Cambridge.

Then came the job at Al Jazeera English, which in turn took her to Doha, farther away from Todd, her father, stepmother and siblings … and from me.

But basic details of Dorothy's résumé don't begin to scratch the surface of who she is. They reveal nothing about the language Dorothy speaks with her eyes or, more specifically, her glances and glares. She can melt your heart or make your knees quake nervously in terror, depending on the gaze and circumstance.

They don't tell you about the car accident that nearly claimed her life when she was a teenager and forced doctors to sew her back together, one of life's awful blindsides. It nearly killed her, and it made her a different person. She once told me that through this flirtation with death, she learned the preciousness granted by second chances -- in life, in love, in friendships. And I believe it is one factor that helps explain Dorothy's infinite curiosity, her deep sense of empathy, her steadfast loyalty to honesty and, most of all, her extraordinary ferocity and toughness.

They certainly can't convey the muddy anguish those who love her are slogging through right now. It's one thing to have someone you care about deeply drift away geographically, because industry cuts and a suffering economy force them to go where the jobs are. It's another thing to only be able to speak your feelings into a void, to concentrate and force yourself to believe that sending them calm, healing thoughts is anything other than a futility you're engaging in to make yourself feel better.

On Wednesday morning, 12 days after she went missing, the Syrian government announced that Dorothy had not been in Damascus for some time – since May 1, they say. Dorothy had been transferred into Iran's custody and flown to Tehran even before Syrian officials admitted to Al Jazeera that they had her -- at least, if the latest Syrian press statement can be believed. We have no idea precisely what that means. In the absence of confirmation, of a simple phone call or direct access from a trusted representative, her loved ones are left waiting. We remain hopeful, yes, but also very anxious.

I thought about likening the emotional toll of being unable to physically see her and protect her, per our pact, to being in my own prison. But that strikes me as self-serving. I have a bed to sleep in, in a temperature-controlled home. I have TV as a sedative. I'm free to open my front door, to ride the bus to the other side of town, to move as I please where I please. To eat what I want, if I can eat at all. Hunger and nausea constantly wrestle for dominance in my stomach, and lately, nausea has been winning.

The constant awareness of all these things I take for granted has become a horrible punishment, because I have no assurance that my friend has access to any of them. I don't know where she is or whom she's facing every day.

I only know that I'm done joking about prison.