How gaming made me social

I came to college a depressed loser. Then I found an unexpected way to make my first friends 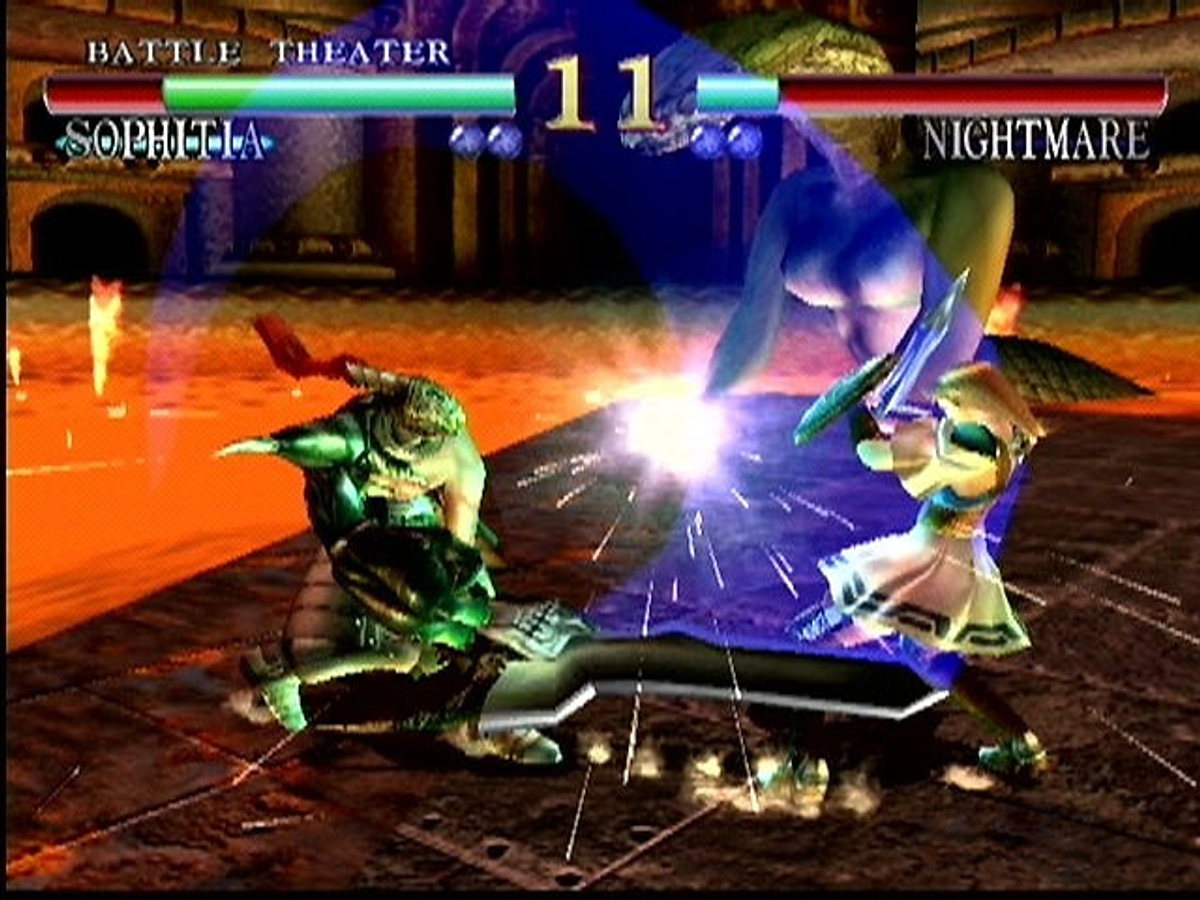 The convenient narrative for high school losers like me reads that "college saved me." And it's true, I suppose. I had been depressed and antisocial for much of my high school career, and being told that things would get better when I reached college didn't exactly motivate me to make a go of it before then. But, after a few years of community college, I did manage to make it to college, and I did improve my life. But crediting "college" is too easy. It would be far more accurate to credit the Sega Dreamcast and "Soul Calibur."

"Soul Calibur" is a fighting game, like "Street Fighter" and "Mortal Kombat," but I always found it more appealing than either of those. Its bright color palette and varied character design are immediately grabbing, making fights interesting to watch, even for non-gamers. It also easily translates that appeal to game play. Unlike most other fighting games, "Soul Calibur" doesn't rely on "special moves," wrist-twisting button combinations that give you a major advantage when used correctly. Instead, it has a variety of different actions that make success depend on effective pattern development and recognition. As a result, newcomers can play and have fun alongside experts. Anyone could play, and play we did.

College students playing video games is not a new story, but Antioch College in 2001 wasn't a likely place for a video game-based awakening. Where other schools had nicknames like "Huskies," Antioch's was the "Radicals." Politics were far more important than the frivolity of video games. Structurally, the school was struggling into the '90s; only half the dorms on campus even had Internet access, and that was generally at sub-dial-up speeds, which ought to give a general idea of how highly electronic use was prized by the college's community.

Indeed, my love of gaming was part of what I thought I was trying to escape when I went to Antioch. It was too shallow, too childish, too integral to my depressed past. I hid it when I arrived, and I still hide it to some degree from the bulk of my fellow Antiochians. But it was a part of me, and it was what got me my first group of friends. A few weeks into my time there, I was sitting at a lunch table with a random collection of fellow new students, and the topic of "Soul Calibur" came up. Apparently, a group of students from one of the all-male halls had appropriated Kelly Hall, the main auditorium/movie theater on campus, one night for an impromptu "Soul Calibur" festival.

To my 20-year-old self, this sounded like the coolest thing ever. Awkwardly, I bragged about my abilities with one of the fighters, Seung Mina, and asked to join in the next time they played on the big screen. Ironically, we never actually got to play on the big screen when I was there, but I had found myself a social group. My Seung Mina prowess, as it turned out, was quickly revealed as a fraud by the more-skilled players I found myself up against, but I did develop a strong enough take on the character Xianghua to be respectable. Much more important, in this new social group, I found myself with more "real-life" friends than I'd had in a decade.

We'd sit in groups from two to 10 strong, fighting, watching, talking. The winner got to keep his or her controller for the next match. The loser passed it to the next person. We set up a Dreamcast and a TV -- occasionally two! -- in a common room, trusting each other and the fact that someone was usually there to deter theft. It worked, and the common room of Bingle Hall was a video game-based social hub, quiet only during the wee hours of the morning (which in college, of course, are from 6 a.m. to 11 a.m.).

It wasn't all candy and beating people up with swords, though. As one would expect, the group was overwhelmingly -- though not entirely -- male, which wasn't entirely ideal. I also didn't turn from socially backward idiot dunce into prince of communication, and I'm aware -- in hindsight -- that I stepped on more than a few toes in the process of learning how to better interact socially. Perhaps the biggest disappointment from my time spent playing "Soul Calibur" and other games was that the friendships I made weren't deep and lasting. I still talk with some of my fellow players from time to time, but at other points -- when I have wanted to move beyond friendships of utility -- I have been disappointed.

Still, my memories of "Soul Calibur" and those heady Dreamcasted days are largely positive. I found myself in a position where I was able to have meaningful social interactions, and I learned how to handle those situations better -- and those are lifelong skills. I also discovered ways to talk about pop culture intelligently, which is important since I have come to write about it for a living. Giving "Soul Calibur" full credit for how I've developed as a person would be reductive, but I cannot help giving the game tremendous thanks for helping me break out of my depression and become the moderately useful member of society I am today.

Rowan Kaiser is a Staff Writer with The A.V. Club currently living the Bay Area. He has also been published at The Escapist, Gamasutra, and 1up.com. He blogs at renaissancegamer.blogspot.com and Tweets @rowankaiser.