The tragic, pathetic demise of a birther

Broke and jobless, Terry Lakin leaves jail -- and now that Obama's birth certificate is out, he can't raise money 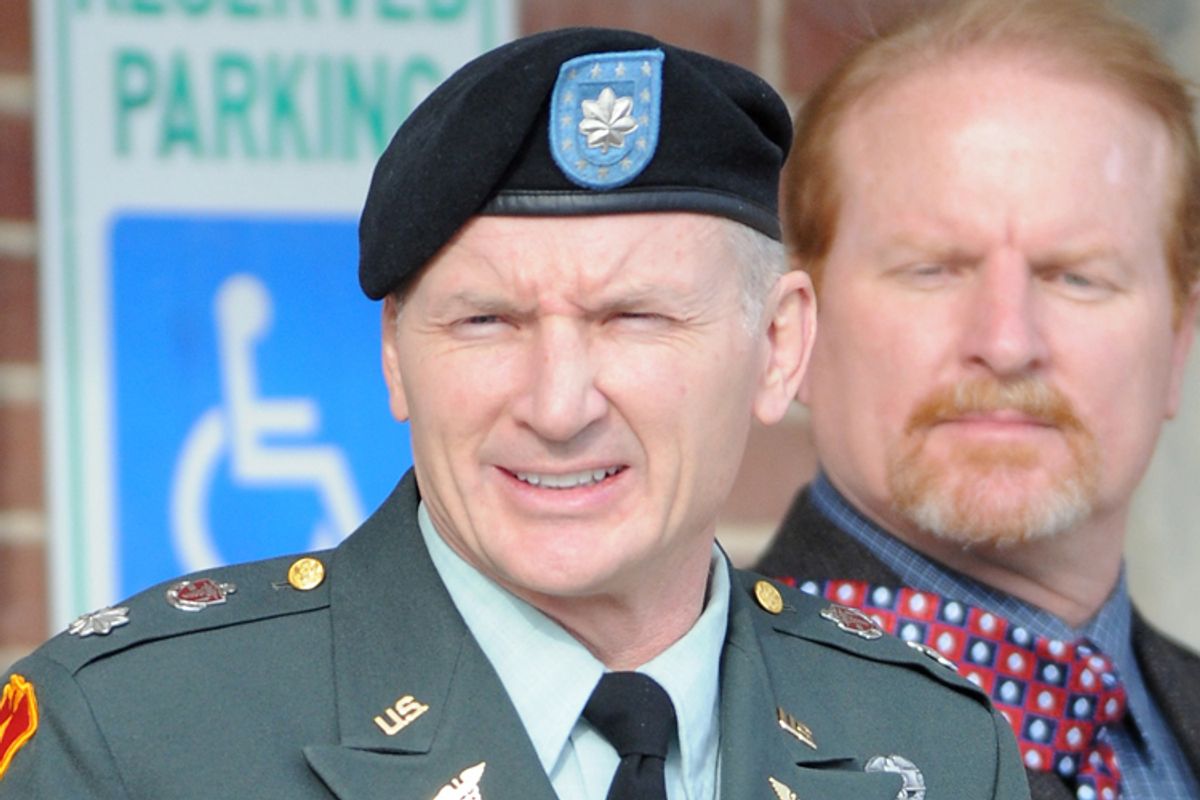 If the release of President Obama's birth certificate last month was the denouement of the birther saga, the release of Terrence Lakin from prison will be its bizarre coda.

Lakin is the veteran Army doctor who refused orders to redeploy to Afghanistan because he believed Obama was born abroad, not a legitimate president, and therefore that military orders were invalid.

Last December, Lakin, a lieutenant colonel, was dismissed from the Army and sentenced to six months in prison after, in the words of his supporters, inviting "his own court martial with the hopes that the normal processes of legal discovery would provide some answers." (The plan didn't work.) Supporters kept up with Lakin through a series of "prison diaries" that he mailed out to be posted online.

In what promises to be one of the stranger political spectacles of the year, a homecoming event is planned Saturday at the Southwest Airlines baggage claim area of Baltimore Washington International Airport. The website set up to support Lakin advises potential attendees that "there are no less than about 20 hotels within a mile or so of the airport" and suggests:

All we ask you to do is bring a home-made poster that says, "Welcome Home Terry." or "Thank You Terry" or any appropriate messages about the issue. Bring a small US flag if you have one.

We will text the coordinators when we deplane so you can all get ready to greet Terry as he descends on the escalator to baggage claim. We need a big hurray and lots of applause (of course). He may say a few words. Then we'll get him to his luggage, to his car, and home.

Unlike the folks over at WorldNetDaily, who have been enriched by years of pumping up birtherism, Lakin's commitment to the conspiracy both torpedoed his career and put his family in financial peril. His website notes:

"Please consider making a special gift at this critical time. We have been able to provide for the family's monthly expenses, but contributions have dropped off since the release of the proposed birth document by the Obama administration."

Can anyone imagine a more tragic story emerging from the birther carnival?