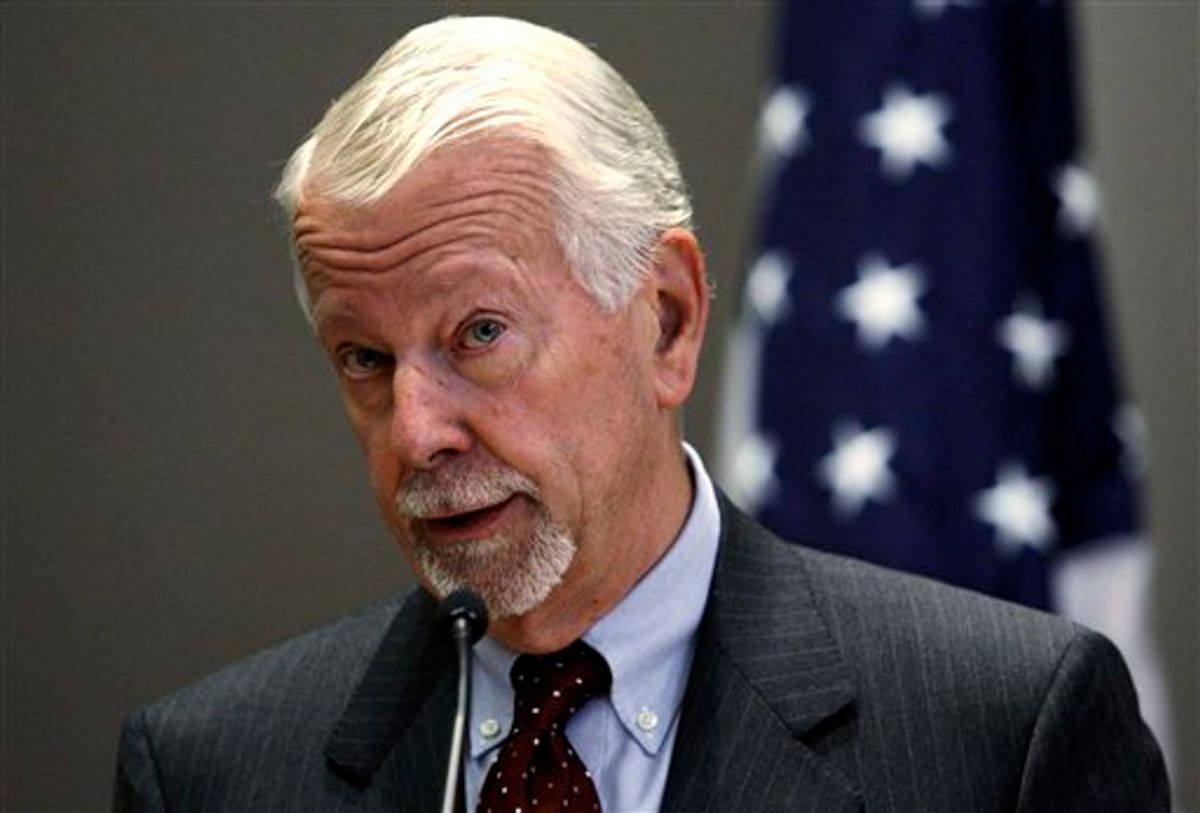 In this photo taken Nov. 19, 2010, Chief District Judge Vaughn R. Walker, of the Northern District of California, speaks at a legal conference in Seattle. The sponsors of California's same-sex marriage ban say the recent disclosure by Walker that he is in a long-term relationship with another man has given them new grounds to appeal the ruling that struck down Proposition 8 last summer. Walker retired from the bench at the end of February. (AP Photo/Elaine Thompson) (AP)
--

Lawyers are aggressively contesting claims that the federal judge who overturned California's gay marriage ban was biased because he has been in a long-term relationship with another man.

The lawyers, who represent two gay couples who sued to end the ban, filed legal papers Friday arguing that "factually groundless" speculation that now-retired Judge Vaughn Walker wants to marry his partner and therefore would benefit from his own ruling is insufficient evidence to vacate the decision.

The religious coalition that sponsored Proposition 8 has asked Walker's successor as chief federal trial judge in San Francisco to rule that Walker should have disqualified himself from considering the case or at least disclosed his same-sex relationship before he ruled.

Judge James Ware has scheduled a June 13 hearing on the request.