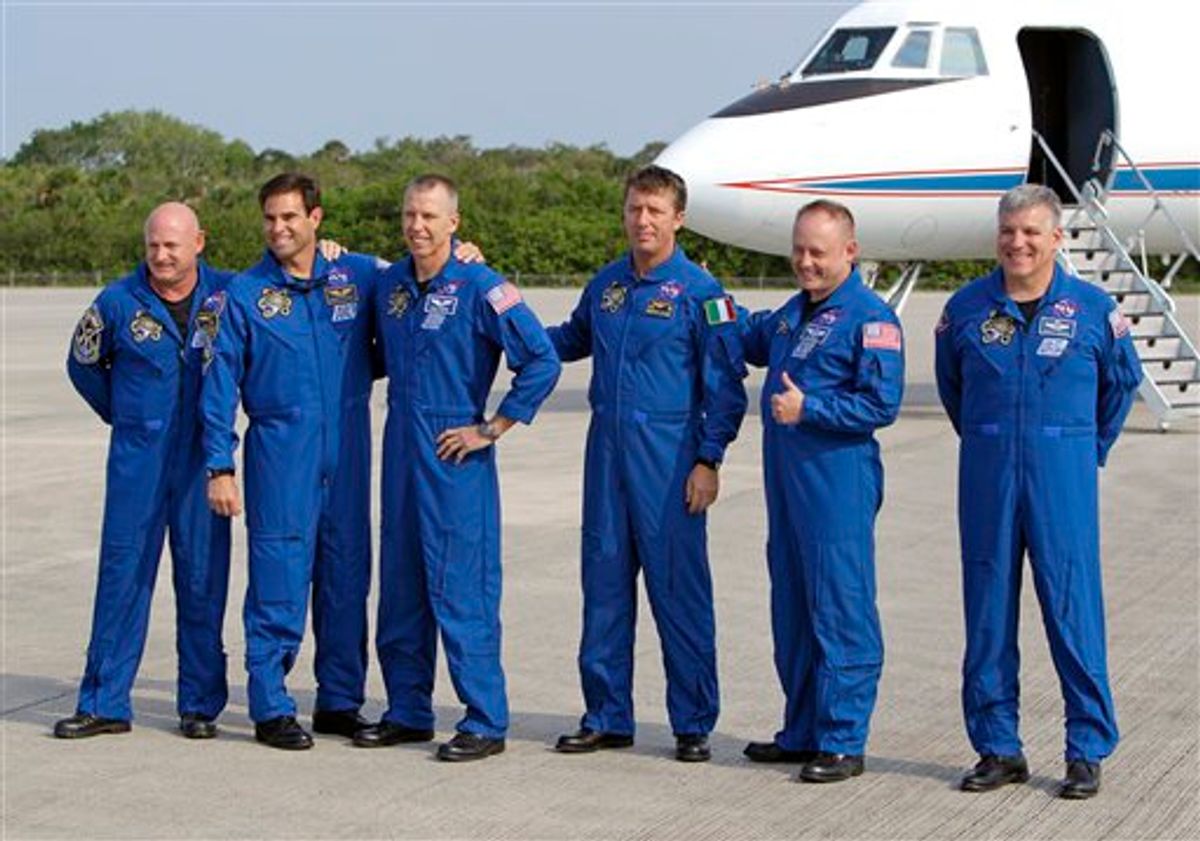 With wounded Rep. Gabrielle Giffords on hand to watch, the space shuttle Endeavour is poised to give the work week a roaring and historic start Monday morning, overcoming wiring problems that grounded it last month.

"Gabrielle is excited for tomorrow's launch. Do you plan to see history in the making?" her staff tweeted:

Giffords, traveling on a NASA jet with the family of pilot Gregory Johnson, arrived shortly after the protective structure that surrounds Endeavour was moved out of the way -- a milestone in launch preparations that allows fueling to begin late Sunday night.

NASA was so ready to get the flight off the ground that they moved the protective scaffolding 15 minutes earlier than planned.

There was only a 30 percent chance of a weather delay, mostly because of crosswinds.

The conditions were far different from last month's futile launch attempt. The protective cover wasn't removed for five hours because of storms, and the launch was scrubbed because of an electrical problem.

NASA is expecting slightly smaller crowds -- 400,000 people instead of 750,000 people -- for the second attempt. The media horde is also slightly thinned -- even though the April attempt was on the same day as the royal wedding -- but includes television anchors such as Katie Couric of CBS, said NASA spokesman Bob Jacobs.

With the story of Giffords remarkable recovery from the January shooting having been the focus of media attention in April, now more people are paying attention to the other parts of Endeavour's planned 16-day mission. The shuttle's main goal is to haul a $2 billion astronomy and physics experiment to the international space station.

This is also the next to last flight for the 30-year-old space shuttle fleet. And it is the final flight of the shuttle Endeavour, NASA's youngest orbiter, which has flown 116.4 million miles in 24 previous flights.

Giffords was wounded in the face in mass shooting in January that killed six people. Doctors have cleared her to travel to see the launch. She came for the April attempt, flew back to Houston to resume her rehabilitation work and even had dinner out with her husband.