With Huckabee out, the GOP nomination is definitely Herman Cain's to lose 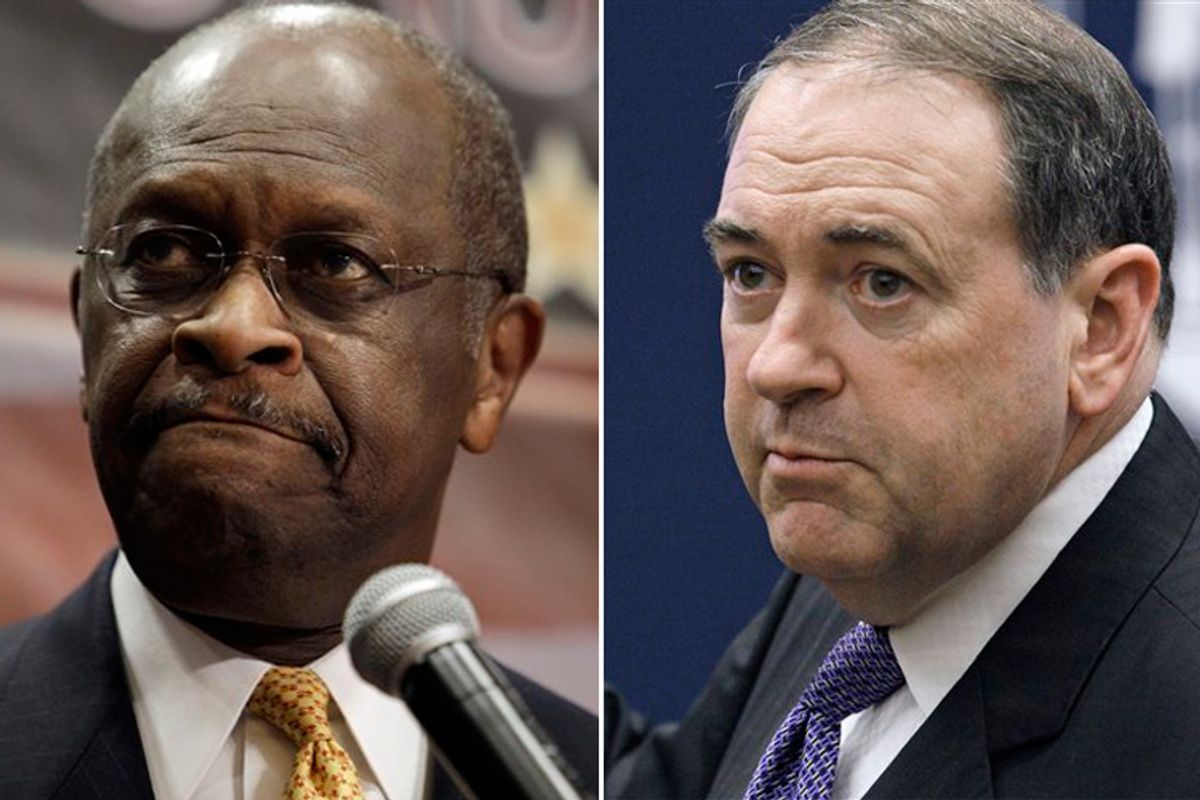 Former Arkansas governor Mike Huckabee would rather host a talk show and produce a children's edutainment cartoon than be president. I can respect that decision. While his withdrawal may appear to help frontrunner Mitt Romney, who now actually has a shot at winning Iowa, or maybe Tim Pawlenty, who could absorb some of the Huckabee supporters who refuse to switch to Mitt, true political junkies know that one man now stands poised to seize control of the race: Herman Cain, Tea Party pizza magnate.

Cain, the former CEO of Godfather's Pizza (and head of the restaurant industry's lobbying organization), has been unfairly written off as an unserious candidates by the elites, because he's never won an election to anything before and he's very silly. But GOP voters have caught Cain fever. After Frank Luntz's focus group almost unanimously declared Cain the "winner" of the May 5 South Carolina debate, Cain took the Georgia Republican Party convention by storm and won the Tea Party Fort Lauderdale straw poll. As Tea Party Fort Lauderdale goes, so goes Tea Party West Des Moines.

Nate Silver has declared Cain "the most Huckabee-like of the other Republican candidates," according to his mystic number sorcery. Cain is the thin, black Huckabee with private sector experience. He is unstoppable.

Sure, he has absolutely no clue what to even say on foreign policy and his sole domestic policy prescription seems to be the rebranded flat tax, and a great deal of his support seems to be related to white Republicans' resentful touchiness about being accused of hating Barack Obama for reasons informed by his race, but none of that changes the fact that Herman Cain will definitely be our second black president.