The former speaker's presidential campaign gets off to an inauspicious start 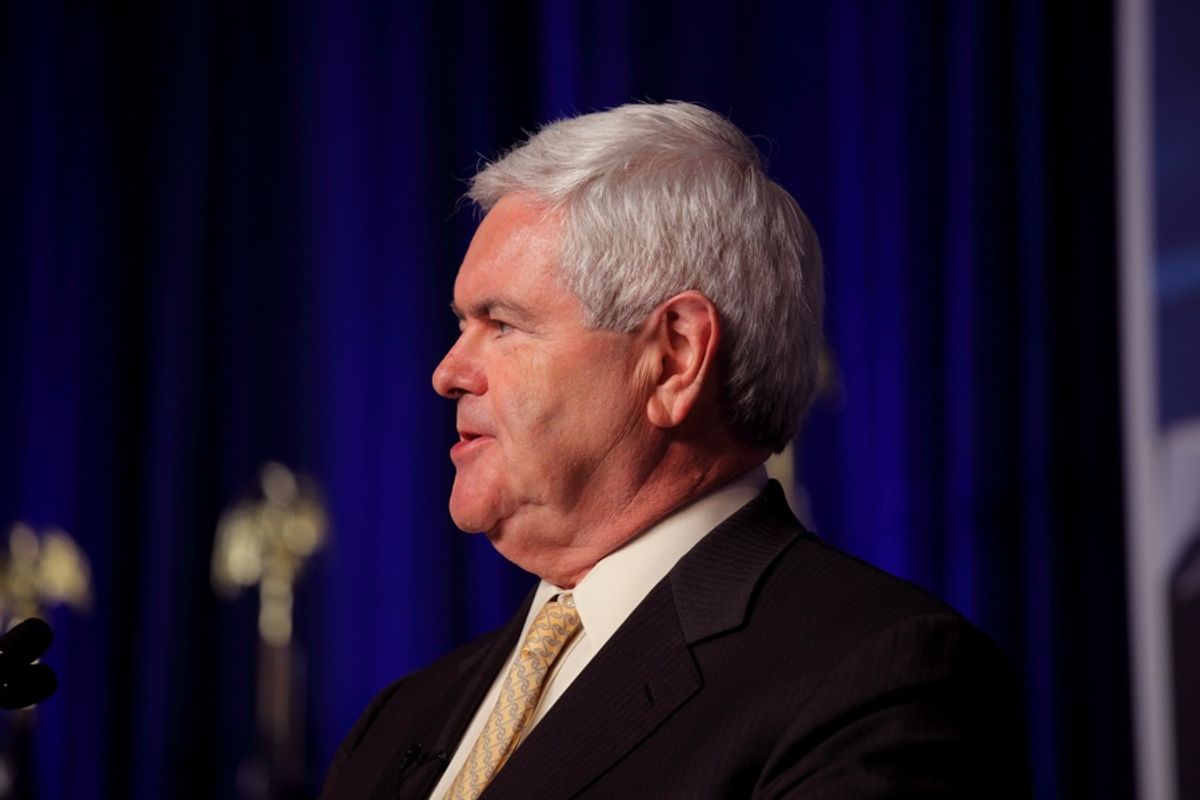 (UPDATED) Newt Gingrich surprised a lot of people last week (us certainly included) by announcing that he is officially a candidate for president.

Now the question becomes: How seriously should we take this candidacy, really? Answer: So far, not very seriously.

We reviewed on Friday the recent decision by Gingrich's columnist daughter to resurface a devastating anecdote about his first divorce. And here's how George Will authoritatively dismissed Gingrich on ABC's "This Week" on Sunday:

He’s been out of elective office for 12 years. … Newt Gingrich’s problems are so far beyond just his multiple marriages and all that. His ethanol love affair right now. On the 7th of March he said, "Let’s go get Qaddafi." On the 23rd of he says, "I never favored intervention." He did it on television. … He’s one of these people who says that to understand Barack Obama you need to understand his "Kenyan anti-colonial mentality." This is just not a serious candidate.

Gingrich himself was on "Meet the Press" yesterday, where he dubbed Obama the "food stamp president." (Joan Walsh has more on that front.)

But Gingrich is also getting a lot of attention for his declaration that Rep. Paul Ryan's plan to phase out Medicare is an example of "right-wing social engineering," which is wrong for the country. This is an interesting move for a few reasons, one of which is that Gingrich told Time's Jay Newton-Small less than a month ago that "sure," he would have voted for the Ryan plan.

This sort of nonchalance about reversing a position on a major issue is vintage Gingrich. But now that he's a presidential candidate, not merely a self-promoting former elected official, this habit will become problematic.

That's one of several reasons it's perhaps more useful to interpret Gingrich as, in Josh Marshall's formulation, a right-wing performance artist, not a presidential candidate.

UPDATE: And now Gingrich's spokesman, in an email to the Weekly Standard, confusingly walks back Gingrich's criticism of the Ryan plan. While Gingrich called the plan "radical," his spokesman now says "there is little daylight between Ryan and Gingrich."